US President Donald Trump just signed an executive order, ordering a ban of both WeChat and Tencent Holdings, calling it a national emergency!

Find out what this new US ban means for WeChat users, and Tencent Holdings!

On 6 August 2020, US President Donald Trump signed an executive order, blocking everyone under US jurisdiction from using WeChat or transacting with its owner, Tencent Holdings.

This effectively bans the usage of WeChat in the United States and by US citizens worldwide. It also prohibits business dealings with Tencent Holdings. 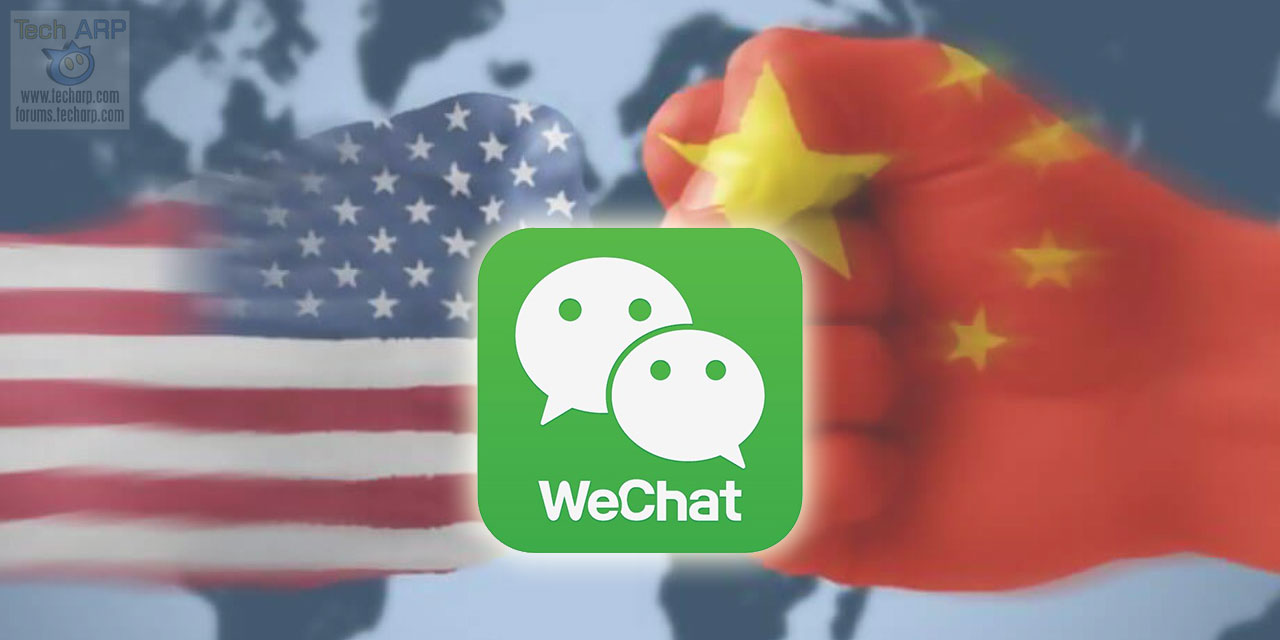 His executive order claims that WeChat collects and potentially shares personal and proprietary data of both American and Chinese citizens with the Chinese Communist Party, citing an example :

In March 2019, a researcher reportedly discovered a Chinese database containing billions of WeChat messages sent from users in not only China but also the United States, Taiwan, South Korea, and Australia. WeChat, like TikTok, also reportedly censors content that the Chinese Communist Party deems politically sensitive and may also be used for disinformation campaigns that benefit the Chinese Communist Party. These risks have led other countries, including Australia and India, to begin restricting or banning the use of WeChat. The United States must take aggressive action against the owner of WeChat to protect our national security. WeChat + Tencent Holdings Ban : What Does It Mean?

The executive order is actually quite wide-ranging. It does not only ban WeChat, but also Tencent Holdings and its subsidiaries.

This could mean other apps owned by Tencent Holdings – like Valorant, League of Legends, Clash of Clans, JOOX, etc. could be affected.

We will only know more when Wilbur Ross, the US Secretary of Commerce, clarifies the ban (as stated in section 1(c) below.

Targeting Tencent Holdings and its subsidiaries will also forbid any financial transfers to and from those subsidiaries, at least within the United States.

The following actions shall be prohibited beginning 45 days after the date of this order, to the extent permitted under applicable law: any transaction that is related to WeChat by any person, or with respect to any property, subject to the jurisdiction of the United States, with Tencent Holdings Ltd. (a.k.a. Téngxùn Kònggǔ Yǒuxiàn Gōngsī), Shenzhen, China, or any subsidiary of that entity, as identified by the Secretary of Commerce (Secretary) under section 1(c) of this order.

(c)  45 days after the date of this order, the Secretary shall identify the transactions subject to subsection (a) of this section.

In addition, it applies not just to American citizens worldwide but to any person or organisation within the United States.

The WeChat ban follows the TikTok ban, and similarly, does not start until 45 days later, on 20 September 2020. That suggests it’s being used as a leverage, rather than an urgent matter of national security.

This could be an effort to pressure the Chinese into agreeing to a trade deal, or a way for Trump to boost his flagging chances at winning re-election.

Go Back To > Internet | Business | Home

Tags:BusinessChinaCorporateDonald TrumpEconomyEnterpriseSoftwareTencentTikTokTrade warUnited StatesWeChat
Previous : Circle of Football : Get It FREE For A Limited Time!
Next : TikTok + ByteDance Ban By Donald Trump Explained!