Did the New York Times rank four Chinese COVID-19 vaccines as the safest in the world?

Find out what recently went viral, and what the FACTS really are!

Did NYT Rank 4 Chinese Vaccines As Safest In The World?

Sinophiles have been excitedly sharing on email and WhatsApp, this amazing piece of news :

In the safety ranking, the top four are all Chinese vaccines:

China has exported more than 500 million doses of vaccines to more than 50 countries around the world, and it is estimated that hundreds of millions of people have been vaccinated. And China’s vaccine accident rate is lower and safer.

As reported by Western media, many wealthy people in Britain fly to the UAE to vaccinate Chinese national medicine.

It appears to be an English translation of this original Chinese post by a Facebook user called Tai Shing Suen.

NO, NYT Did NOT Rank 4 Chinese Vaccines As Safest In The World

The posts above are FALSE and intentionally misleading. And here are the facts…

Fact #1 : It Was An Opinion Piece, Not An Actual NYT Article

The posts included a New York Times link, but it was to an opinion piece by Achal Prabhala and Chee Yoke Ling – an Indian public health activist and a Malaysian public interest lawyer.

Fact #2 : There Was No Safety Ranking Of Vaccines

The opinion piece did not rank the safety of any vaccine.

In fact, it pointed out that the conflicting trial results for the CoronaVac vaccine from Sinovac, and noted that “China’s and Russia’s self-serving propaganda campaigns touting their respective vaccines only increased wariness“.

Instead of praising Chinese vaccines as the safest in the world, the two writers are merely asking health authorities to “start trusting other countries’ vaccines“, because there is simply not enough vaccines from Western countries to supply the world. 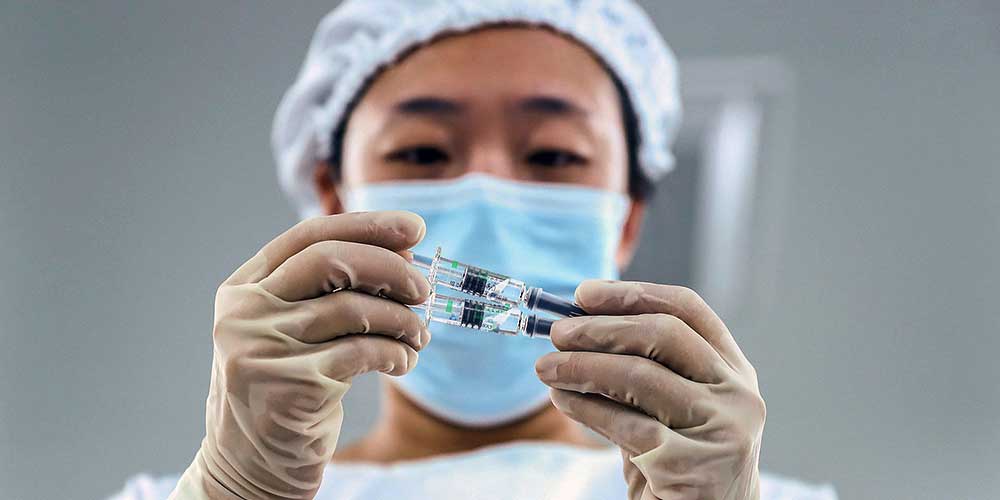 Fact #3 : The NYT Refuted The Claim

We are aware of misinformation circulating on WhatsApp, which falsely ranks the safety of worldwide coronavirus vaccines and attributes this list to a report published by The New York Times.

This message is misleading and untrue. The New York Times did not publish this list, our reporting has not suggested that Chinese vaccines are superior to vaccines produced elsewhere, nor have we published claims that China has exported more than 500 million doses.

Our understanding of the effectiveness and safety of vaccines is published in The New York Times Coronavirus Vaccine Tracker. It is evolving, nuanced, and regularly updated to reflect current scientific evidence.

So far, Chinese vaccine manufacturers have shied from publishing their Phase 3 trial data. Instead, they chose to issue press releases.

For example, on 5 February 2021, Sinovac announced the results of their CoronaVac Phase 3 trials from Brazil and Turkey, without releasing the actual data.

China promptly approved the public use of CoronaVac the very next day. This would not be possible for vaccines approved in the US and Europe.

We should point out that Pfizer-BioNTech, Moderna, Oxford-AstraZeneca, Johnson & Johnson and even Russia’s Gamaleya Institute have released Phase 3 trial data of their vaccines for peer review.

The post claimed that “China has exported more than 500 million doses of vaccines to more than 50 countries around the world, and it is estimated that hundreds of millions of people have been vaccinated.”

The truth is Chinese vaccine manufacturers received ORDERS for about 500 million doses of their vaccines from about 45 countries.

They are actually a long way from delivering (exporting) those 500 million vaccine doses, and certainly hundreds of millions of people have NOT been vaccinated with Chinese COVID-19 vaccines. 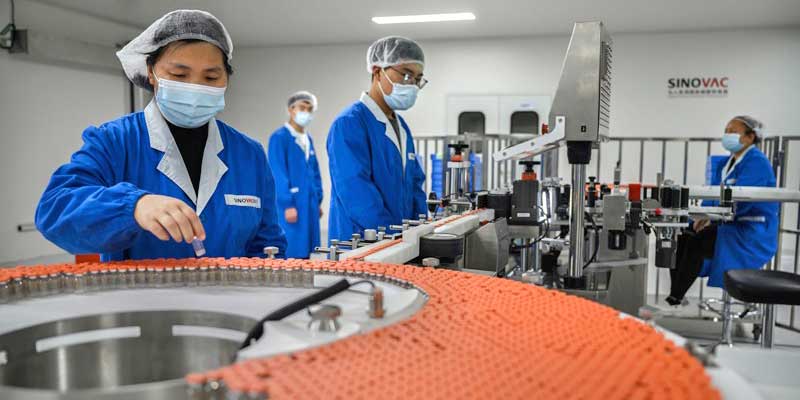 Despite the claims of Chinese vaccine superiority and approving FOUR domestically developed and produced vaccines, it has vaccinated very few of its population.

China only planned to vaccinate 50 million essential workers by mid-February – less than 4% of its population, even as it exports millions of doses overseas.

That is probably why China itself ordered 100 million doses of the Pfizer COVID-19 vaccine.

While the fake post insinuates that wealthy UK residents are flying to the UAE for superior Chinese vaccines, the truth is they were offered EARLY ACCESS to COVID-19 vaccines.

Knightsbridge Circle – a private concierge service – had been flying people since January 2021 to the UAE for the Pfizer vaccine, or India for the AstraZeneca vaccine.

In February 2021, they partnered with the UAE to offer the Sinopharm vaccine as a way to “bring tourism into the area”.

This is really about the rich cutting queue and getting early access to COVID-19 vaccines, and not about wealthy UK residents actually believing in the superiority of Chinese vaccines.

Chinese Vaccines : Should You Take Them?

Yes, if approved by the health authority of your country, you should take it.

The Chinese vaccines may have lower efficacy than the Pfizer or Moderna mRNA vaccine, but they are still effective vaccines.

We need to stop obsessing over efficacy rates because most people don’t understand them.

What we really need to understand is that ALL approved COVID-19 vaccines have been proven to prevent severe or fatal COVID-19 disease.

Just take any approved COVID-19 vaccine, and you will be protected against moderate to severe COVID-19 disease that requires medical treatment.

Tags:BusinessChinaCoronavirusCOVID-19FactFact CheckFakeFake NewsHealthHealthcareHoaxPfizerSinovacVaccineVirusWhatsApp
Previous : How To Register For COVID-19 Vaccination On MySejahtera!
Next : The Fall : Get It FREE For A Limited Time!