The Tecware Phantom (Price Check) boasts individual RGB backlighting for every key. They also used SMD LEDs, instead of the cheaper DIP LEDs used in some keyboards. SMD LEDs are not only brighter, they last much longer.

Like most mechanical keyboards, the Tecware Phantom (Price Check) comes with an attached USB cable, braided for strength and durability. It is 1.8 meters long, or just under 6 feet. The are three cable channels on the underside of the keyboard for cable management. 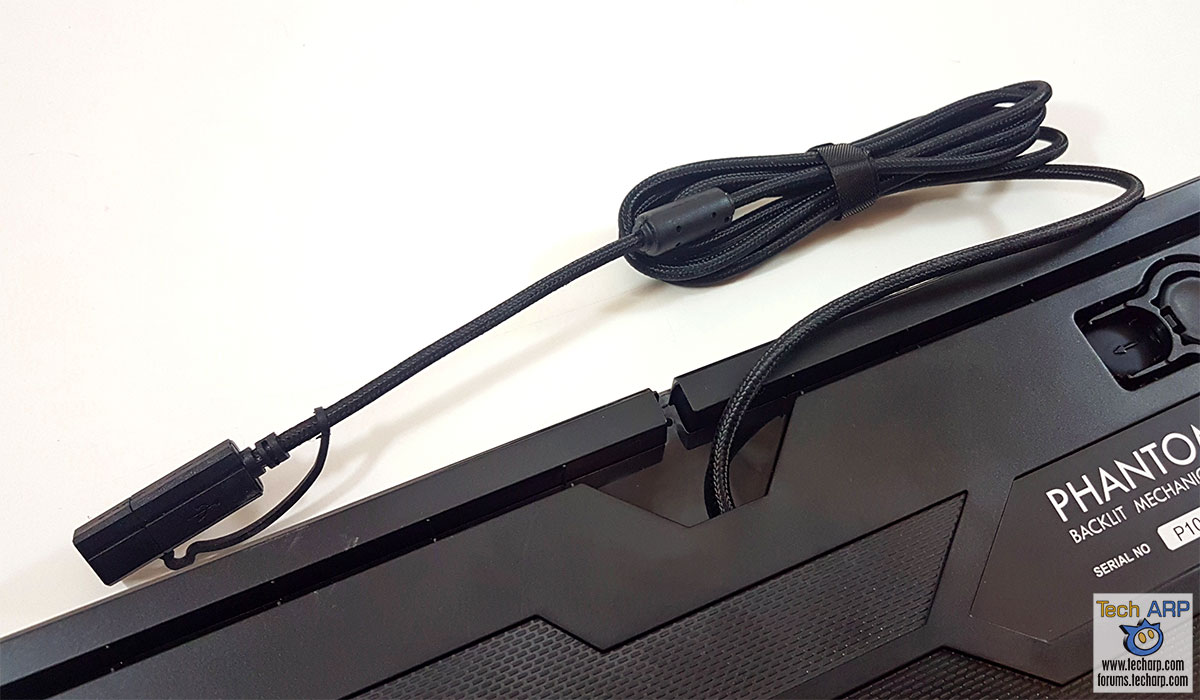 It has a gold-plated USB connector. The gold-plating does nothing for performance, but prevents corrosion and keeps the connector look shiny for a long time. It even comes with an attached cap to avoid scratches to other devices during travel.

This is important for speed typists and gamers, because it allows for more key presses to be registered per second, and with much lower latencies to boot.

Some people claim that this feature is a gimmick, because of the built-in anti-bounce delay. That is only true if you are tapping the same key. There is no anti-bounce delay when you type different keys.

Without a higher USB polling rate, you would be limited to typing two keys per second. That would be a waste of a mechanical keyboard with its lighter and faster switches and much shorter anti-bounce delays.

The Tecware Phantom (Price Check) has four small rubber feet to reduce movement even during the most frenetic action. It also has two small flip stands at the back, with their own rubber feet.

The flip stands raise the back of the keyboard by a full centimetre, from 2.2 cm to 3.2 cm. They also appear to be solidly-made, and capable of handling a fair bit of use and abuse.