The fifth-generation Microsoft Surface Pro, the Surface Pro 2017, was announced on 23 May 2017 with availability starting 15 June 2017. Yesterday, we finally had the opportunity to get our hands on the Surface Pro 2017 for a short time, as part of the official launch here in Malaysia. Check it out! 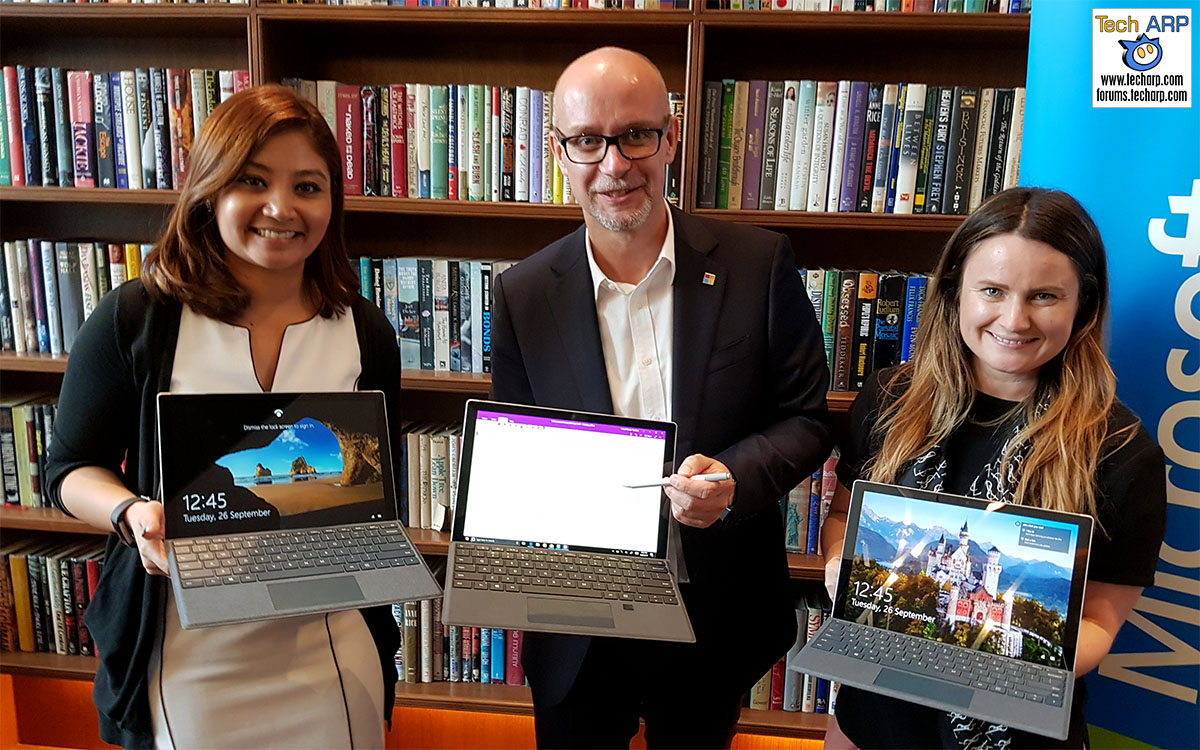 The Microsoft Surface Pro 2017 features the 7th Generation Intel Core processors, with Core m3, Core i5 and Core i7 options. It is available with a variety of memory (4 GB to 16 GB) and storage options (128 GB to 1 TB SSD).

The new Surface Pro looks almost exactly like the previous generation Surface Pro 4. In fact, it has the same 12.3″ PixelSense display with 2736 x 1824 pixels with a similar size and weight. The only significant form factor difference is the new kickstand, which now opens out to 165° – the flatter Studio Mode.

Microsoft is also introducing a new Surface Pen that has a tilt sensor, and supports 4,096 levels of pressure. They also have a new Signature Pro Type Cover with Alcantara fabric to pair with the new Surface Pro.

Here are some photos of the Microsoft Surface Pro 2017.

Go Back To > Reviews | Home