Like Ashes of the Singularity, the single core performance appears to be crucial in Total War: Warhammer. 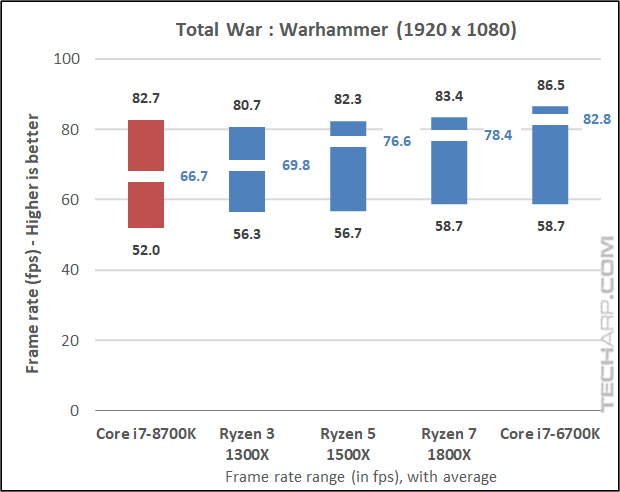 Again, the Intel Core i7-8700K perplexed us by underperforming in Total War: Warhammer. In fact, it was even slower than the AMD Ryzen 3 1300X (Lowest Price)!

Let’s remember that these are the actual frame rates, not the actual CPU performance.

When we increased the resolution to 4K, all other four processors delivered practically the same average frame rates. Naturally, at this high resolution, the graphics card was the most important factor in delivering high frame rates.

However, the Intel Core i7-8700K continued to buck the trend by delivering noticeably lower frame rates. Its average frame rate was 9% lower than the other four processors. 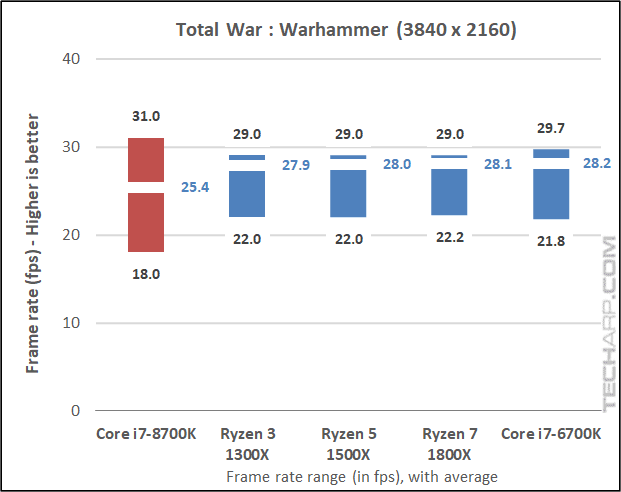 The CPU performance has a smaller effect with FPS games like The Witcher 3: Wild Hunt. On the other hand, it supports multi-core processors. In any case, the Intel Core i7-8700K continued its trend of underperforming with games. Its average frame rate was roughly on par with the Ryzen 5 1500X (Price Check). 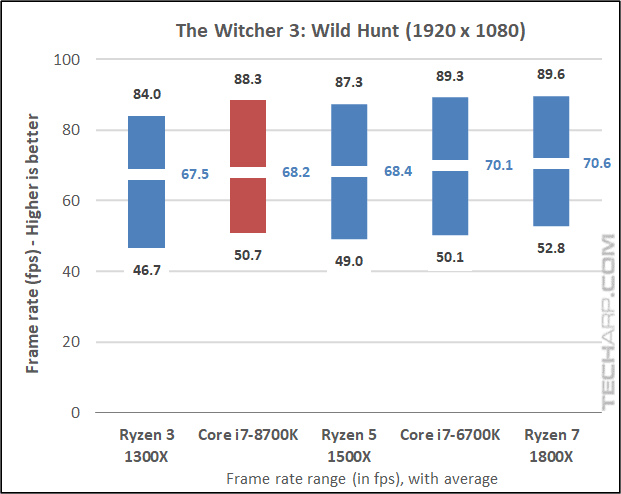 When we bumped up the resolution to 4K though, all five processors were virtually equivalent in performance. That’s not to say that they are equally fast, just that the graphics card mattered far, far more at such a high resolution. 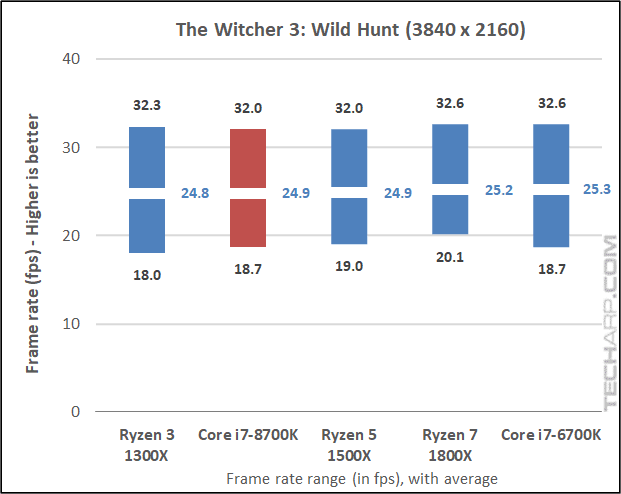