At IFA 2017, one of the most exciting products that Acer revealed was the 18-core, quad-GPU behemoth known as the Acer Predator Orion 9000! We had the opportunity recently to take a close look at the Orion 9000, and get updated on its price and specifications.

The Acer Predator Orion 9000 is a massive HEDT (High-End Desktop) PC that boasts an 18-core processor, and up to four graphics cards. It has a silver-and-black chassis with a spacecraft design and customisable RGB lighting along the sides of the front bezel. 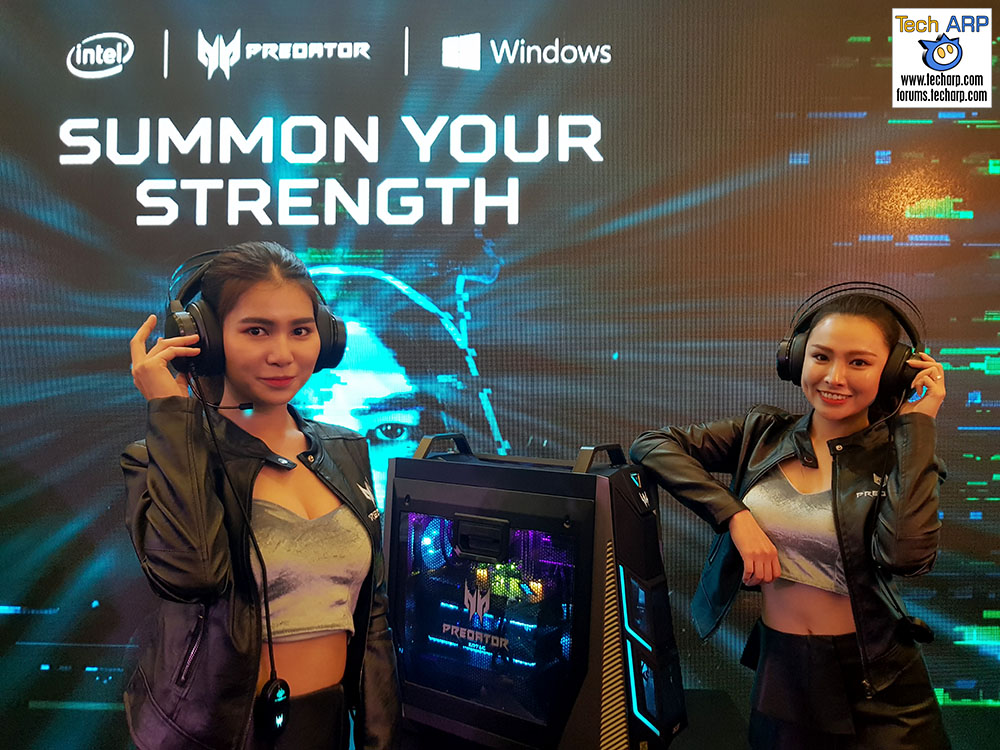 To showcase the powerful hardware inside, it has a massive side window panel with a metal mesh that keeps its electromagnetic interference (EMI) in check. Up to 5 fans can be installed, with customisable RGB lighting to create a virtual light show. The two side panels are also tool-less, allowing for easy upgrades.

Despite its size, Acer made it easy to move – it is outfitted with two handles and wheels covered with a carbon fibre pattern. It also has a headset cradle and cable management to keep everything tidy during and after the move.

The Predator Orion 9000 features AIO liquid cooling for the CPU, and Acer IceTunnel 2.0 to keep the temperature down even in the most demanding conditions. IceTunnel 2.0 is an advanced airflow management design that separates the system into several thermal zones, each with an individual “airflow tunnel” to expel heat.

There are huge metal mesh panels on the front and top that allow more cold air in, and the rising hot air of the liquid-cooled CPU out. Up to five 120 mm fans can be installed in the front, top, and back to channel cool air through the chassis.

Part of the airflow is redirected towards the back of the motherboard tray to cool the storage devices. The graphic cards feature blower-style fans to drive the heat out from the back, while the PSU is self-contained to avoid thermal interference.

The Acer Predator Orion is available for purchase in December 2017, in two configurations :

Go Back To > Reviews | Home