Western Digital first announced their 64-layer 3D NAND technology, also known as BiCS3, last year. However, it was only slated for commercial volume production in the first half of 2017.

BiCS3 was developed jointly with their technology and manufacturing partner, Toshiba. It not only uses 64-layers, but also 3-bits-per-cell technology to achieve high capacity (256 to 512 gigabits per chip) and performance at a much lower cost. SanDisk nCache 2.0 is a proprietary pseudo-SLC caching technology that greatly increases the write performance of the solid state drive. Here is an old infographic (from their Ultra II SSD) that shows how it works : 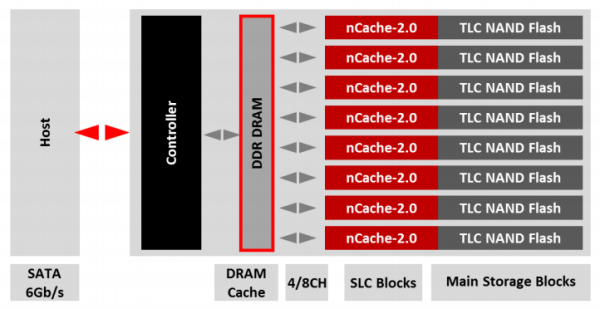 A small portion (about 4%) of the NAND memory blocks are set to run in the SLC mode, which allows for a much higher write speed. This SLC portion serves as a fast write cache for all writes to the drive, allowing for write speeds of up to 530 MB/s.

The data is later transferred to the TLC portion using the special On Chip Copy feature. This proprietary feature allows the transfer to occur internally on-die without affecting any other transfers.

In a 1TB drive, about 40 GB is reserved for use as the nCache 2.0 write cache. That translates into an effective write cache size of about 13 GB. 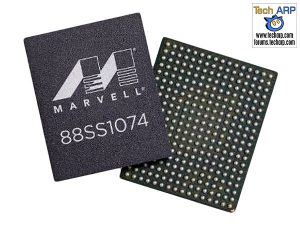 However, the Marvell 88SS1074 is likely to fall short in sustained throughput, because it only supports 4 NAND channels. Competing controllers like the Phison S10, for example, boast 8 NAND channels, allowing twice as many NAND chips to be accessed simultaneously.

The 1TB SanDisk Ultra 3D SSD (Price Check) is a Serial ATA drive, with native support for SATA 6 Gb/s interface. It is backward-compatible, so you will have no problem using it with older SATA 3 Gb/s controllers. However, the faster SATA 6 Gb/s interface is necessary for optimal performance because this SSD is capable of a peak transfer rate of 560 MB/s. 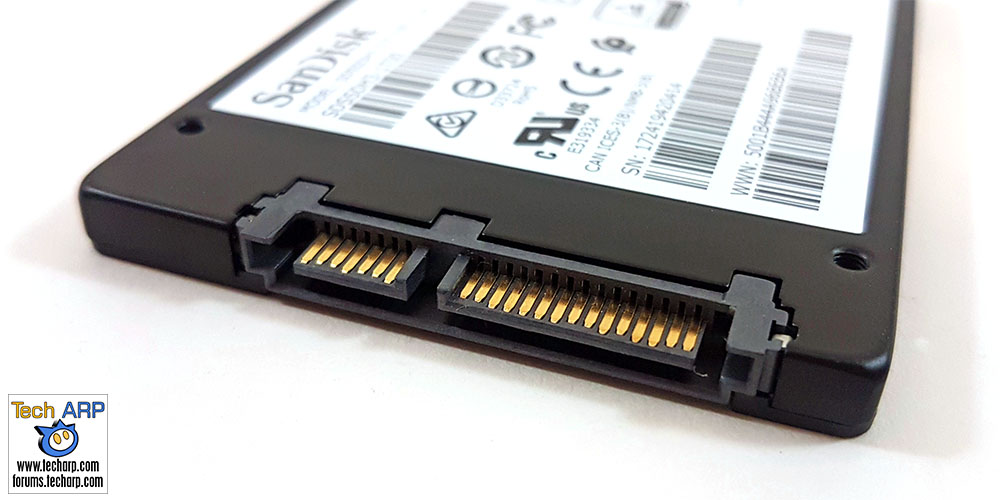 Like all Serial ATA drives, it comes with the standard SATA data (left) and power (right) connectors, and is hot-pluggable. That means you can connect and disconnect this solid state drive while the PC is still running. There is no jumper block, because there’s really nothing for you to set. It’s just plug and play!