On April 14, Canon launched the King of EOS, the EOS-1D X Mark II (Amazon). This is the long-awaited successor to the Canon EOS-1D X which was launched in March of 2012 – four long years ago. As such, the Mark II offers the latest developments in imaging technologies.

In this video, Jeffrey Kung (Assistant Director, Consumer Imaging and Information Division, Canon Marketing Malaysia) describes the new features packed into the new EOS-1D X Mark II (Amazon). He also took the opportunity to summarise the key features of the other Canon cameras released in 2016.

Don’t forget to check out our First Look At The EOS-1D X Mark II!

A split second can mean a lot to professional photographers, especially those in the sports, journalism and wildlife fields. Beyond being there in the right moment to capture that one unique shot, professionals require equipment quick enough to capture that split second, in impeccable image quality, with precise focus for a perfectly composed shot – something that the EOS-1D X Mark II (Amazon) is capable of delivering. With its new 61-point all points selectable AF system with 41-points cross type AF, photographers benefit from an expanded AF area (approximately 24 percent vertically) compared to the EOS-1D X.

Its low-intensity limit function at the centre AF is also improved to EV-3, thus ensuring a solid performance even in low-light and low contrast conditions. Beyond the hardware, the DSLR is equipped with Al servo AF III+, a new AF algorithm with AI servo scenes analysis that improves AF precision in scenarios involving fast and unexpected movements. With all 61-points compatible to effective aperture of f/8 or faster, autofocusing is possible even when using tele-converters on super telephoto lenses, equipment common in wildlife and sports photography. 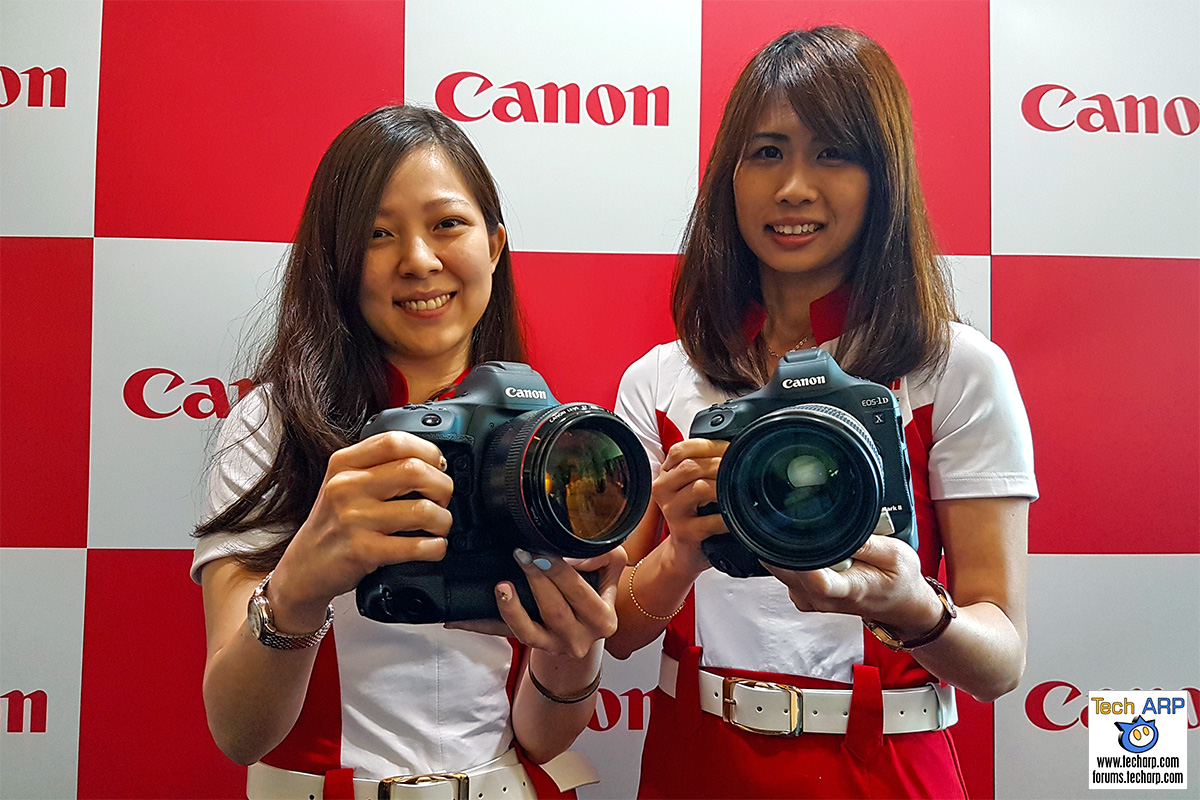 Additionally, the mirror on the EOS-1D X Mark II (Amazon) is constructed with a new drive mechanism that quickly suppresses vibration which enables the DSLR to deliver a quick frame rate of 14 fps with AF and auto-exposure tracking enabled, and an even more impressive 16 fps when shooting with Live View, with no screen blackout. With a CFast 2.0 card slot for high-speed writing, the EOS-1D X Mark II can capture up to 170 RAW images and an unlimited number of JPEG images in continuous shooting mode.

With the addition of the Dual Pixel CMOS AF (DAF), a first in the EOS-1D series, users utilising phase-detection in Live View mode benefit from extremely fast auto-focusing and efficient tracking of moving subjects without aperture limitations. The DSLR also support EV-3 for all effective AF points within the sensor area when shooting 4K movies.

With the DSLR’s 4K Frame Grab function, users can also easily extract images of approximately 8.8 megapixels in JPEG format from 4K movies recorded on the camera without connecting to a computer. The camera’s ability to shoot at 60p means sports and wildlife photographers can now pick one out of the sixty images in every second of the video, thereby achieving a much higher image hit-rate and improving work efficiency.