What Is Rogue One : Red Alert?

The Star Wars Malaysia Fan Club’s (SWMFC’s) Rogue One : Red Alert Event (#R1RA) brought to you in partnership with our venue sponsor, The School, Jaya One,is shaping up to be THE BIGGEST Star Wars fan convention of the year.

Members of the Star Wars Malaysia Alliance are coming together to bring fun and festivities to the Malaysia’s Star Wars community, as part of the run-up to the Malaysian premiere of Rogue One : A Star Wars Story in theaters on 15th December 2016.

What’s Going On At Rogue One : Red Alert?

The action kicks off at 10 am, 3rd December 2016 and concludes at 6 pm, 4th December 2016 at G Floor, The School @ Jaya One. There will be a smorgasbord of Star Wars-related activities to be found.

Best of all, THE EVENT IS FREE AND OPEN TO THE PUBLIC!

We’ve also got a first for the Star Wars Malaysia Fan Club – specially prepared Star Wars Tours, in both Imperial and Rebel Alliance flavours, so that even the Star Wars novice can find their feet in this galaxy far,far away.

“We’re always striving to bring members of the community closer together, and with passion for the Star Wars universe growing with each passing year, this event is another step in fostering closer relations amongst fans,” says SWMFC President, Syed Rafie.

“The School by Jaya One is proud and honoured to support Malaysia’s very own “Star Wars Fan Club” for our second reunion event this year. We are equally excited to present this event as part our continuous commitment to show our Community Led philosophy in connecting spaces to empower communities,” says Charles Wong, Director of Tetap Tiara Sdn Bhd, Jaya One’s proprietors and venue sponsor for R1RA.

May The Force Be With You, and see you at Jaya One! 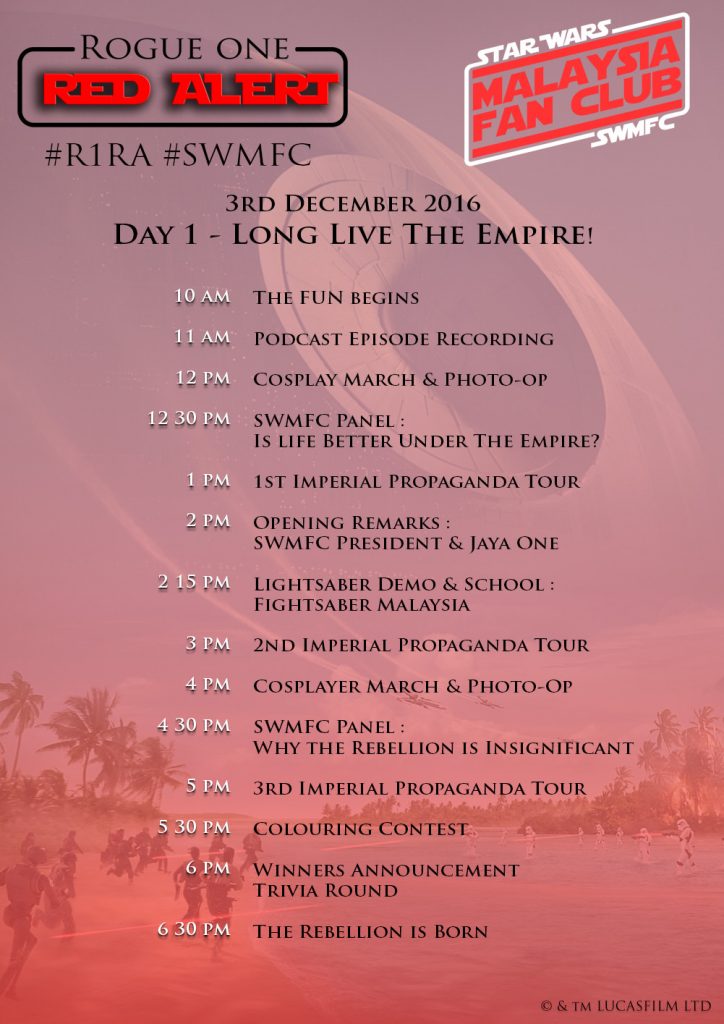 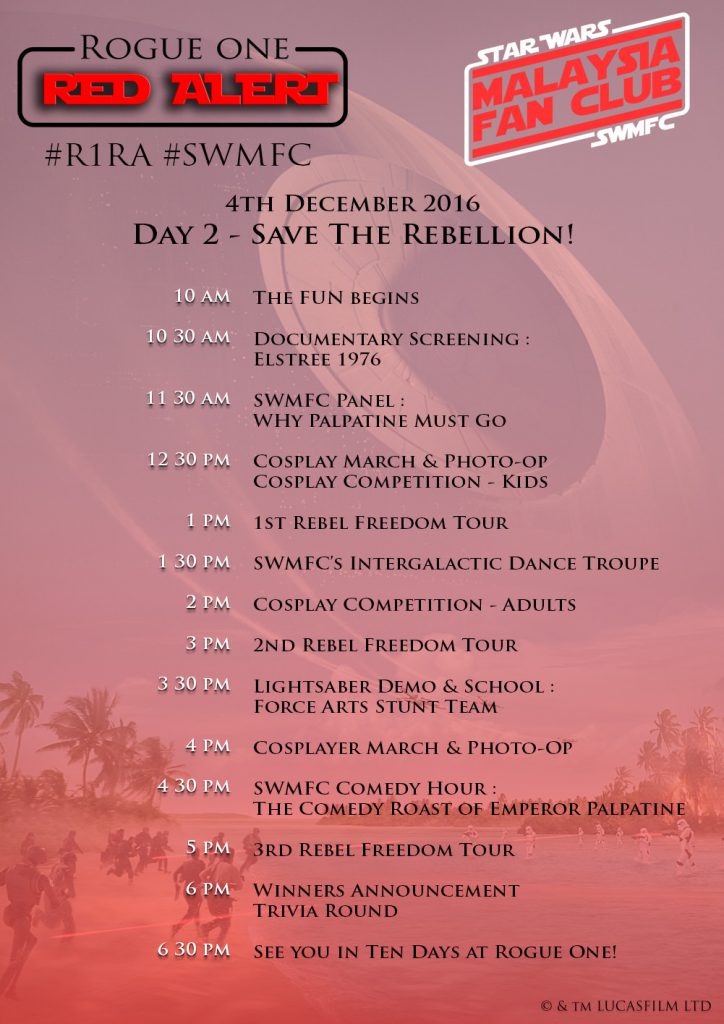 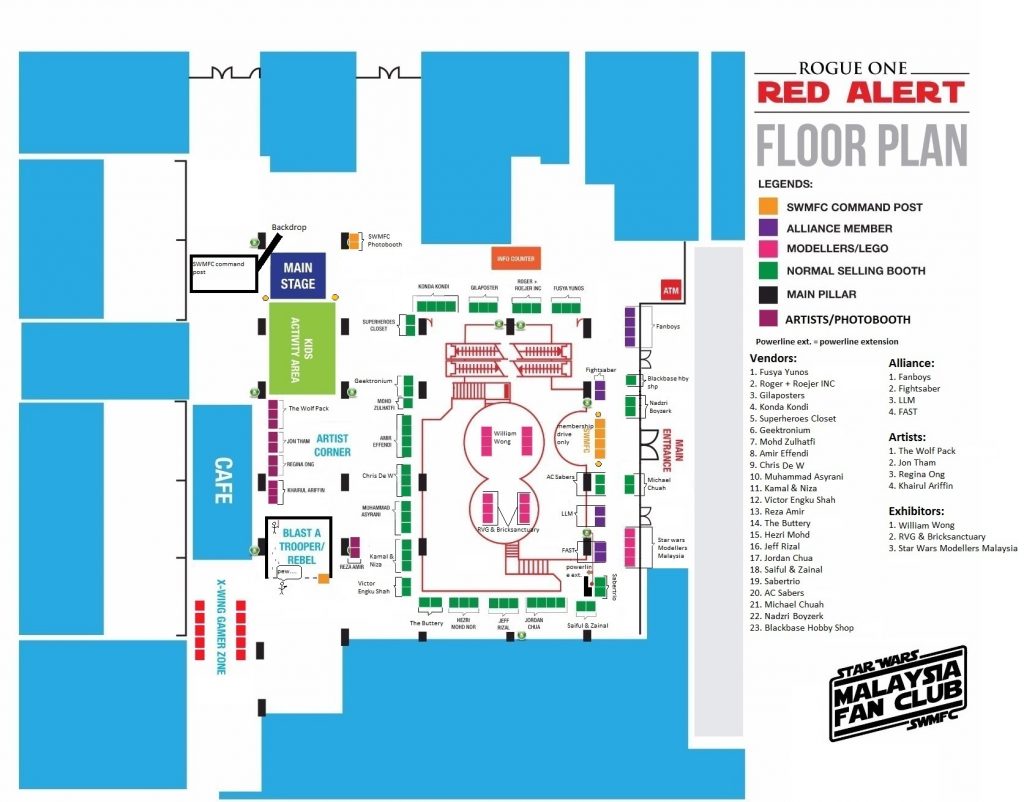