With this optimisation, Sophos Server Protection now has signature-less detection capabilities to combat ransomware – similar to Sophos Intercept X for endpoints. In September 2016, Sophos launched Sophos Intercept X with CryptoGuard, which stop the spontaneous encryption of data by ransomware within seconds of detection.

By adding CryptoGuard to server security, Sophos is closing a critical gap by preventing ransomware attacks that could come in through rogue, guest or remote access users or other weaknesses in a company’s network. For example, if a company allows bring-your-own-laptops on the network, remote access for employees or is victimised by an insider cyber threat, servers become highly susceptible to ransomware.

Additionally, network shares on servers are high-value targets as they contain proprietary financials, personally identifiable information and other key data, and should be protected as such. 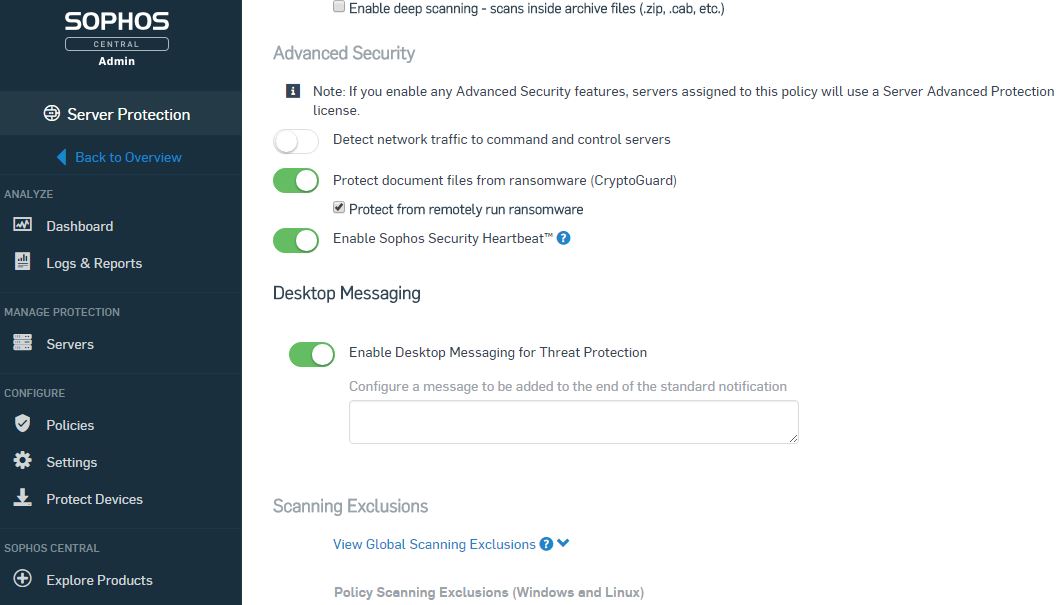 “Servers are considered the jackpot for cybercriminals, since they can store confidential corporate and employee information, medical records with social security numbers or private customer documents. It would be devastating for organisations to lose this kind of sensitive data to ransomware,” said Dan Schiappa, senior vice president and general manager of Sophos’ Enduser and Network Security Groups. “Most organisations back-up their data, but recovery from a backup is not always easy. Businesses, schools or hospitals do not want the liability, hassle and operational disruption required to restore from a backup. Anti-ransomware technology is a critical layer for the protection and ongoing accessibility of the information that resides on servers. Sophos has optimised its Server Protection products with CryptoGuard, adding another layer of next-gen protection to block this pervasive and highly-damaging cyber threat.”

Sophos has also expanded Synchronised Security by adding Sophos Security Heartbeat capabilities to Sophos Central Server Protection Advanced. By adding Security Heartbeat to servers, an IT administrator can now leverage Sophos XG Firewall to automatically isolate infected servers and endpoints to identify and respond to the source of compromises faster.