Samsung Electronics, in collaboration with Red Bull, announced it will release a series of videos called See the Unexpected, featuring top extreme sports athletes showcasing their skills throughout iconic locations in Morocco. “See the Unexpected” combines the talents of Red Bull athletes with Samsung TVs that deliver the best in television picture quality in one distinct video series. 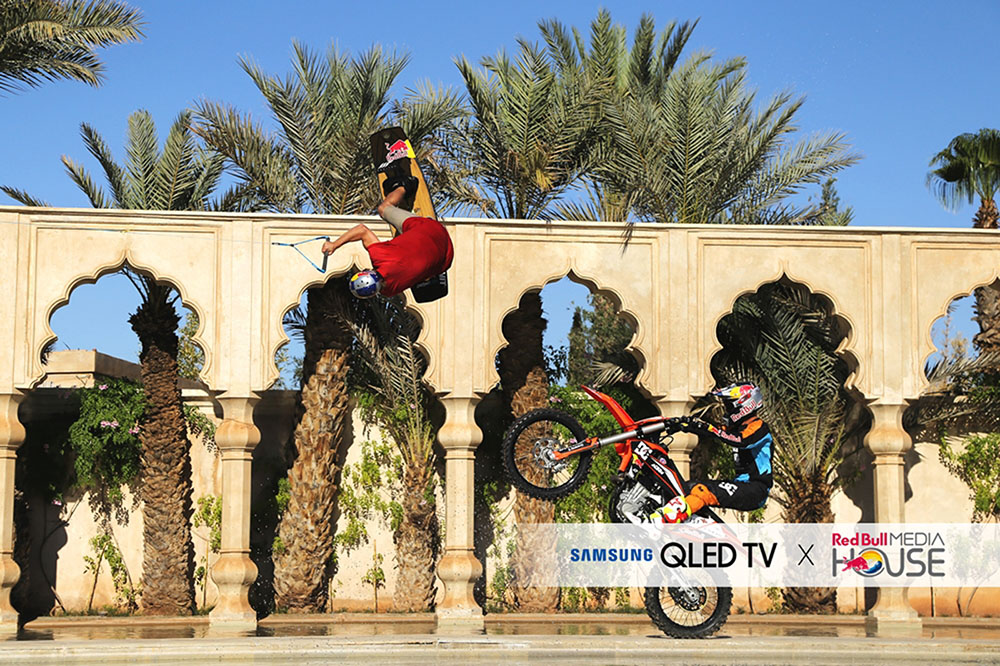 Born in Frankfurt, Germany, Jason Paul is world-class free runner who spends his time travelling the world, turning cities into playgrounds. Paul was named Red Bull’s Art of Motion champion from 2010 to 2012. Robbie Maddison, born in Australia, holds the world record for the highest jump in motorcycling and has also won the Best Stunt with a Vehicle honor at the Taurus World Stunt Awards in 2013 for his work in the film “Skyfall.” Felix Georgii, born in Germany, is pushing the boundaries of wakeboarding by focusing on hitting gnarly rails and ledges.

With Morocco serving as the backdrop in the video series, the athletes took their talents to “unexpected” places to perform various high-action maneuvers, with locations including Chefchaouen, known as the “Blue City” for its vibrant color, a swimming pool in Marrakech and a port city named Essaouira. Each location was selected to highlight the juxtaposition between the unique and colorful locations of Morocco with the impeccable talents of each athlete and their performances.

Through the partnership, Samsung and Red Bull are aiming to showcase uncharted destinations and share new and surprising action that normally wouldn’t take place in these locations. In bringing together the best in extreme sports and the best in picture quality, viewers are able to see first-hand the top-quality performance of Samsung’s premium televisions, as well as the capabilities and talent of Red Bull athletes.

The videos, along with a 30-minute documentary piece, were launched on Samsung’s TV Plus channel, as well as Samsung and Red Bull digital channels on June 29. Customers who visit select Samsung retail locations can view the four-minute “See the Unexpected” video on Samsung’s large-scale QLED TV screen.