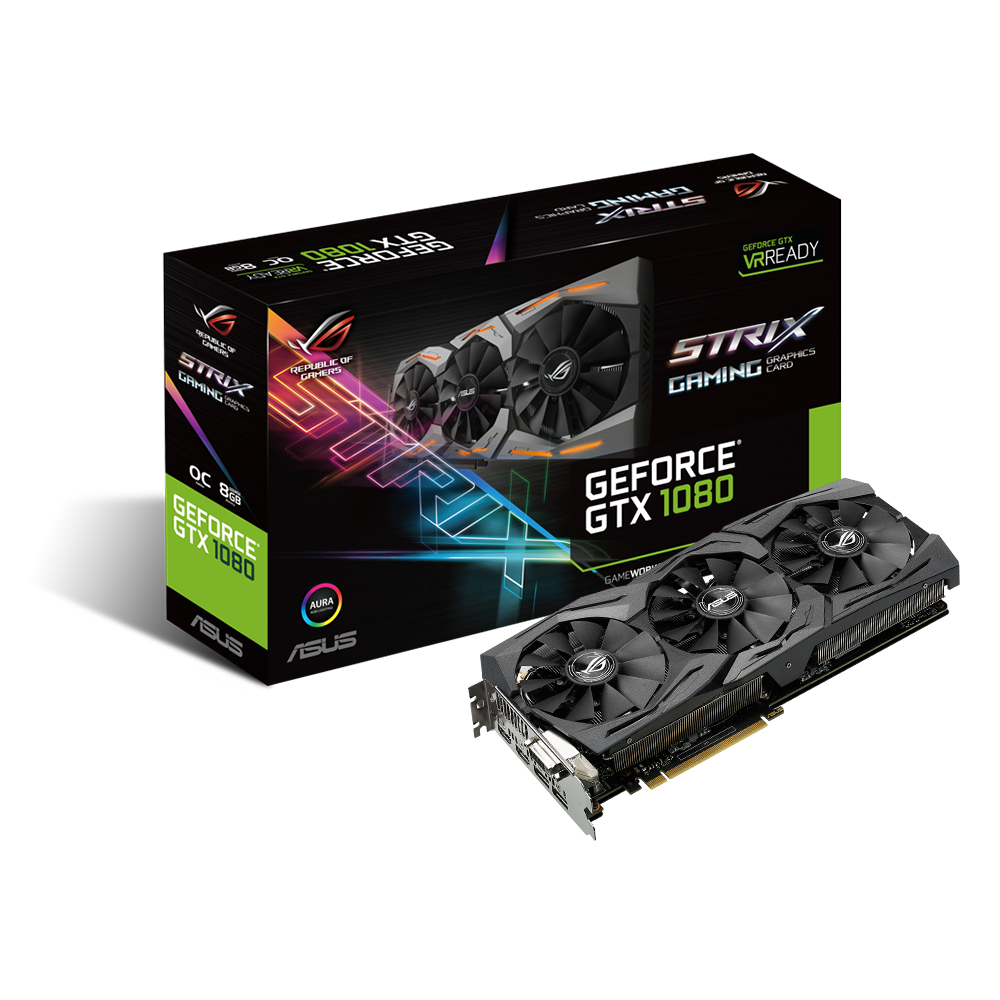 ROG Strix GeForce GTX 1080 includes ASUS Aura RGB Lighting on both the shroud and backplate. This stunning illumination technology is capable of displaying millions of colors and six different effects for a totally personalized gaming system. ROG Strix GeForce GTX 1080 also has a VR-friendly design with two HDMI ports that let gamers connect a VR device and display at the same time, so they can enjoy immersive virtual reality experiences anytime without having to swap cables.

Redesigned with an intuitive user interface, GPU Tweak II makes gaming and overclocking easier than ever, while retaining advanced options for seasoned overclockers. With one click, the Gaming Booster function maximizes system performance by removing redundant processes and allocating all available resources automatically.