LAS VEGAS (CES 2016) – Razer™, a world leader in connected devices and software for gamers, today announced the ultimate Ultrabook™, the Razer Blade Stealth. Featuring an incredibly sleek form factor, the latest Intel Core i7 processor and a stunning 4K display, the ultra-thin notebook also gives gamers the option of unprecedented desktop-level gaming performance with the help of the Razer Core via Thunderbolt™ 3.

Razer is also planning on disrupting the entire PC industry with an innovative new direct-to-consumer model that allows the new Razer Blade Stealth to be sold with premium configurations, but at a lower price point relative to the competition.

The Razer Blade Stealth measures 0.52 inches thin and weighs just 2.75 pounds. Razer’s latest chassis is CNC-milled out of aircraft grade aluminum, providing a sleek yet solid design. Its 12.5-in. touch display comes in two resolutions: an Ultra HD variant with an eye-dazzling 4K (3840 x 2160) resolution and 100 percent coverage of the Adobe RGB color space, and a Quad HD (2560 x 1440) resolution version. Both displays are touch-enabled and feature wide viewing angles and high-color saturation to display content with striking clarity and accuracy.

To power both models, Razer’s award-winning design team equipped the Razer Blade Stealth with the latest 6thgeneration Intel® Core™ i7 processor. PCIe SSD technology offers up to three times faster speeds than traditional solid-state drives.  All models will feature 8 GB of dual-channel system memory, providing a combination of components that offer high performance in an extremely portable form factor. Additionally, Thunderbolt™ 3 provides remarkable connectivity via the Blade Stealth’s compact USB-C port at speeds of up to 40 Gbps, the fastest, most versatile link to any dock, display or data device. 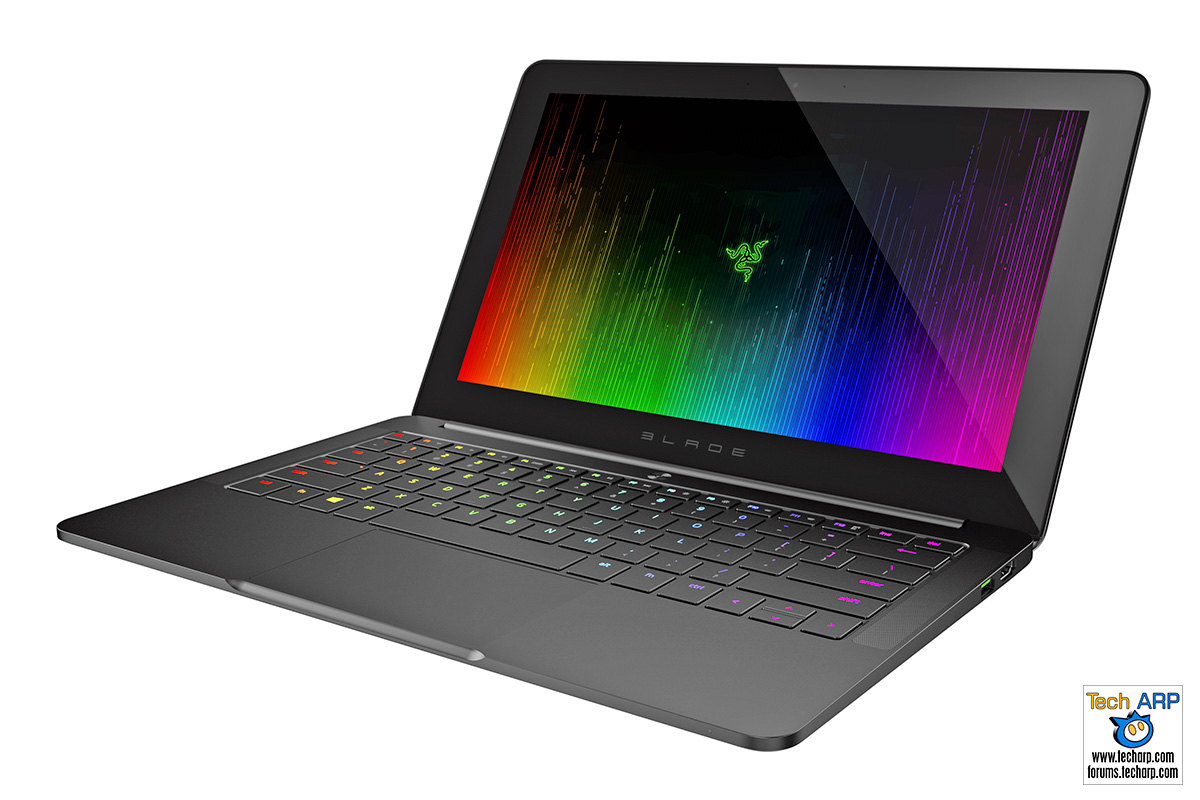 The Razer Blade Stealth’s hardcore gaming chops are unlocked via the plug-and-play external desktop graphics enclosure, the Razer Core. A single Thunderbolt™ 3 (USB-C) cable supplies both data and power and is all it takes to connect Razer’s Ultrabook with the Razer Core. The device can accommodate virtually every popular desktop graphics card from both AMD® and NVIDIA®. Physical installation of GPUs takes seconds with the Razer Core—its durable aluminum housing slides open effortlessly and a single screw can secure the graphics card in place. Razer’s solution helps future-proof systems, as graphics cards are easily swappable as new components become available.

Bringing desktop-level graphics and 4K external display output to an Ultrabook is only part of the latest systems solution from Razer. The Razer Core contains four additional USB 3.0 ports and Ethernet connectivity. Plug-and-play support with validated graphics cards allows for quick connections without the need to reboot the PC. It is now easier than ever to transform a thin and light notebook into a desktop experience.

“Before today, gamers needed a portable system for everyday work and a separate desktop computer to power their PC games at the highest level possible,” says Min-Liang Tan, Razer co-founder and CEO. “For the first time ever, there is no need for two separate systems. The Razer Blade Stealth offers the portability of an Ultrabook with the scalability to play hardcore games with desktop graphics performance thanks to the Razer Core. Furthermore, the Razer Blade Stealth starts at just $999, which is significantly lower than any other comparable laptop in its class.”

In addition, the Razer Blade Stealth will be the first laptop in the world equipped with individually backlit RGB keys. Millions of color options for the keyboard are available thanks to Razer’s Chroma technology. All Razer Chroma products – which include mice, keyboards, headsets and a mouse mat – feature 16.8 million customizable colors and a range of effects such as spectrum cycling, breathing, reactive and more, enabled through Razer’s Synapse software. Synapse allows synchronizing lighting colors and patterns between Chroma devices with the click of a button. An SDK is available for developers to integrate effects in-game, and it is already supported by AAA game titles including Call of Duty® and Overwatch™.

Razer Core: Price not yet available