6 February 2017 — NVIDIA today introduced a range of NVIDIA Quadro products, all based on its Pascal architecture, that transform desktop workstations into supercomputers with breakthrough capabilities for professional workflows across many industries.

Workflows in design, engineering and other areas are evolving rapidly to meet the exponential growth in data size and complexity that comes with photorealism, virtual reality and deep learning technologies. To tap into these opportunities, the new NVIDIA Quadro Pascal-based lineup provides an enterprise-grade visual computing platform that streamlines design and simulation workflows with up to twice the performance of the previous generation, and ultra-fast memory.

“Professional workflows are now infused with artificial intelligence, virtual reality and photorealism, creating new challenges for our most demanding users,” said Bob Pette, vice president of Professional Visualisation at NVIDIA. “Our new Quadro lineup provides the graphics and compute performance required to address these challenges. And, by unifying compute and design, the Quadro GP100 transforms the average desktop workstation with the power of a supercomputer.” 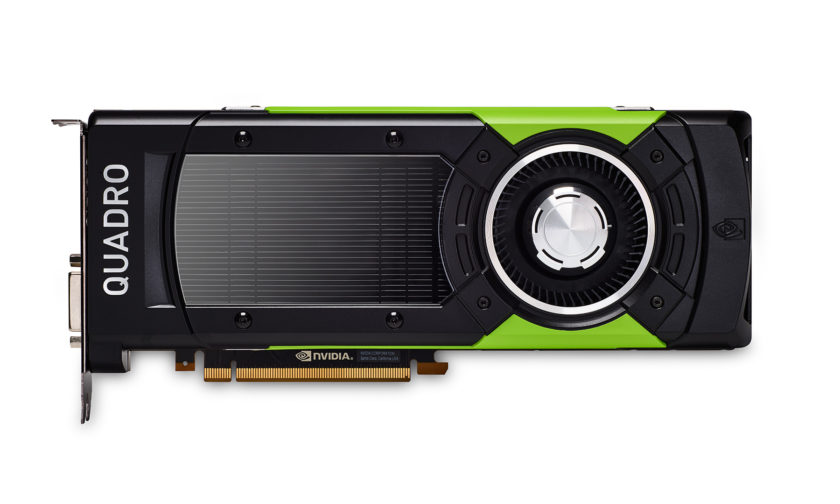 The entire NVIDIA Quadro family of desktop GPUs will be on display at SOLIDWORKS World, starting today at the Los Angeles Convention Center, NVIDIA booth 628. NVIDIA Quadro will be powering the most demanding CAD workflows from physically based rendering to virtual reality. Visit our partners’ booths to try the latest mobile workstations powered by our new QuadromobileGPUs.

The new NVIDIA Quadro products will be available starting in March from leading workstation OEMs, including Dell, HP, Lenovo and Fujitsu, and authorized distribution partners, including PNY Technologies in North America and Europe, ELSA/Ryoyo in Japan and Leadtek in Asia Pacific.

Go Back To > Enterprise | Home