At CES 2016, GIGABYTE will be showing off these groundbreaking products, along with our latest developments in IPC and IoT solutions in the Pacific Ballroom of the Bally’s Las Vegas Hotel & Casino. There will be product demonstrations designed by case modders such as Richard Surroz, Marc Molella, and Bob Stewart of BS Mods.

Aside from all the product demonstrations there will also be live overclocking on site from GIGABYTE’s world renowned overclocker, HiCookie, and demo systems from multiple system integrators such as; Cybertron PC, NCIX, ABS, CyberPowerPC, Network Allies and Digital Storm.

The X150-PLUS WS has all the connectivity any extreme computer enthusiasts may need to perform at their best. With an onboard PCIe Gen3 x4 M.2 connector that provides fast transfer speeds of up to 32Gb/s, an Intel® GbE LAN port with the cFosSpeed Internet Accelerator Software to eliminate lag, and 2-Way graphics support with the x16 PCIe lane coming directly from the processor for a clean and unrestricted bandwidth, allowing the system to be ready for any demanding application or task. 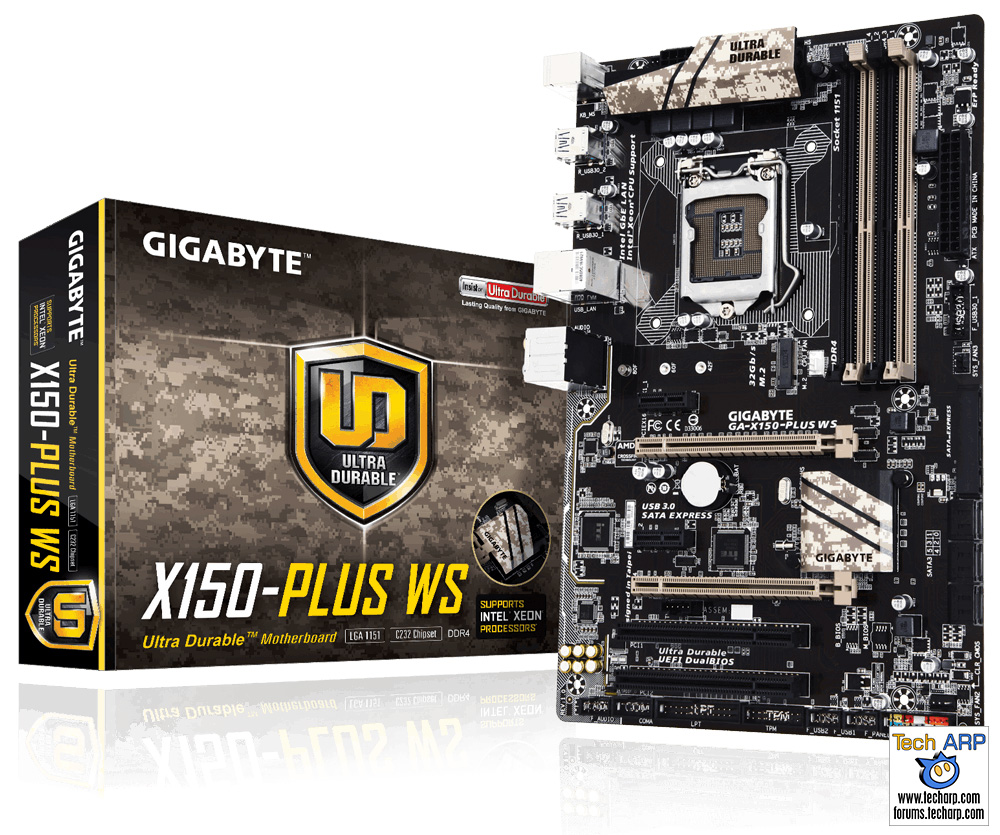 The GA-X150-PLUS WS also features four DIMM slots to support the most recent DDR Standard, DDR4 memory, and many more industry leading features such as GIGABYTE Patented DualBIOS™ technology that protects your computer from hardware malfunction or power failure during the update process and a great utility package with the GIGABYTE APP Center.

[adrotate banner=”4″]For those looking to benefit from the power of the Intel®  Xeon® E3-1200 v5 processors without the extreme features, the budget friendly and compact X150M-PLUS WS is a perfect choice. With its x16 direct PCIe lane from the processor, fast dual channel DDR4 memory support and smaller Micro-ATX form factor, the X150M-PLUS WS is the ideal motherboard for a small PC that demands lots of Core power.

Aside from the X150 Series High-End Desktop Motherboards GIGABYTE is also introducing the X170-Extreme ECC, this board is just one of the few newly launched boards that can support ECC (Error-Correcting Code) Memory that is crucial for systems that are unable to accrue downtime. With even more USB3.0 ports and SATA3 Connectivity, the X170 Motherboards are perfect for enthusiasts looking for a solution that can provide stability as well as performance all at the same time.

Select X170 model Motherboards even support vPro, a feature that provides users a variety of functions such as encrypted Wireless Communication, security features, remote management and etc.., allowing users to have even more control over their high-end desktop needs.

The barebone mini-PC industry has been revolutionized since the GIGABYTE BRIX™ entered and GIGABYTE is pleased to raise the bar once again with a new generation of the BRIX™ at CES 2016, now available with the new Intel® 6th Gen. Core™ processors. Designed to fit in the palm of your hand, the new GIGABYTE BRIX™ compact DIY PC now offers more computing power than ever with the latest CPUs from Intel®  featuring Intel HD Graphics 520. 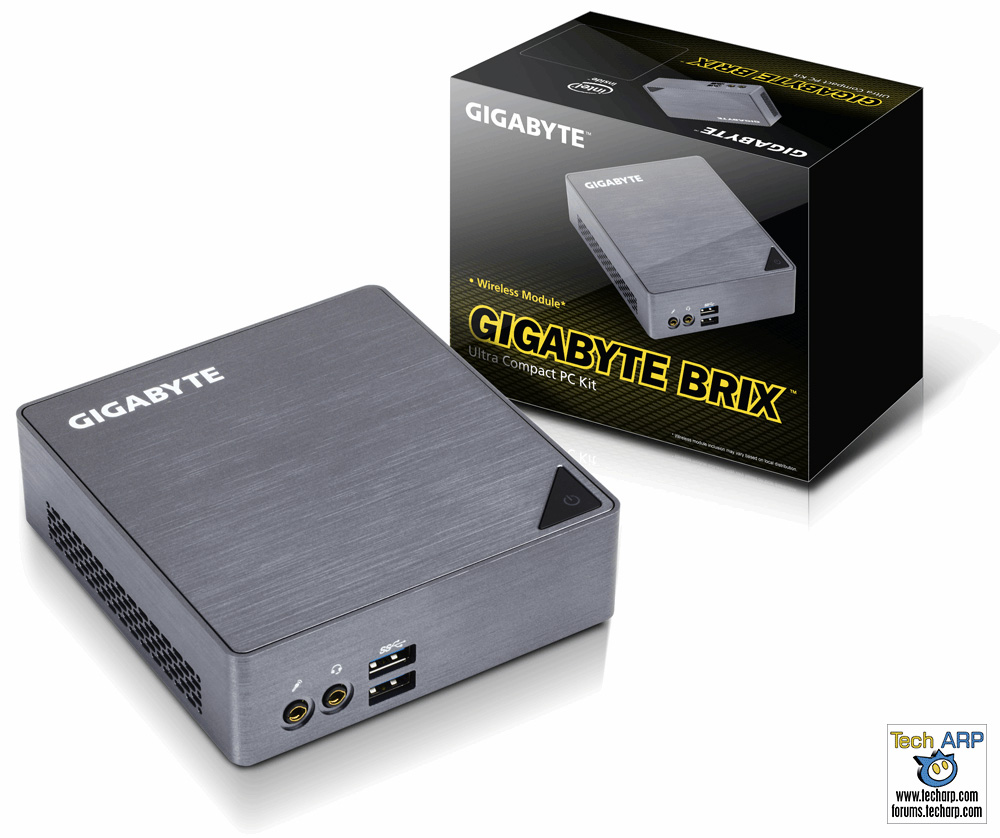 The new GIGABYTE BRIX™ are available in a variety of different configurations based on the 6th Gen. Intel®Core™ i3/i5/i7 processors, allowing users to buy the exact model that meets their needs, while some BRIX™ offers support for a 2.5” SSD or HDD for users that need the extra storage space. Also equipped with an M.2 for compact storage, the BRIX™ features great connectivity with plenty of USB3.0 ports, support for HDMI and DisplayPort that can power three displays simultaneously and Intel Gigabit LAN port for fast networking.

At CES 2016, GIGABYTE will be unveiling for the first time its new GIGABYTE BRIX™ models with support for Intel® Thunderbolt™ 3. Thunderbolt™ 3, which is available over a USB Type-C™ connector, brings an unprecedented single-wire bandwidth of up to 40 Gb/s — twice more than the previous generation – and a variety of other revolutionary features such as Power Delivery 2.0 for fast charging of external devices, daisy chaining of up to 12 devices and with support for DisplayPort 1.2 capable of handling 4K monitors. Thunderbolt™ 3 will be featured on the new GB-BSi7T-6500 and the GB-BSi5T-6200.