6 January 2017 – Travel broadens the mind and adds experience, but in the digital age it also opens travellers up to unexpected cybersecurity risks.

Kaspersky Lab, a global cybersecurity company, has studied the many tactics, methods and schemes of cybercriminals to understand how they work, and how the trick unsuspecting users. As we approach the year-end holiday season, Kaspersky Lab advises travelers to be wary while making financial transactions online. 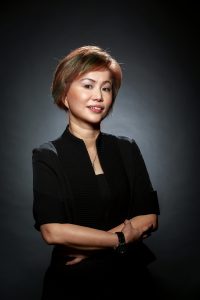 According to new research from Kaspersky Lab, consumers – including vacationers and business travelers – conduct a lot of financial operations online when abroad, putting themselves at risk.

The research study found that 45% of travelers believe losing money is one of the top-three threats they may face abroad, and credit card compromise is considered to be a top-three threat by 35% of users. These concerns are well-founded – the research also highlighted that there is a real danger when it comes to losing money when traveling: 22% of respondents have experienced such a loss, and 8% have had a card compromised whilst in a foreign country.

In contrast, fewer respondents named device infection (11%) or online fraud (20%) as one of their top-three worries whilst traveling. That’s despite the fact that 18% of survey respondents had been victims of cybercrime while abroad.

Based on these facts and figures, Kaspersky Lab recommends some digital-security tips for tourists and travellers to keep holidays from turning into digital nightmares.

“It is natural to want to relax on holiday, but too often we disregard our security awareness completely when connecting to the Internet, and our better judgment seems to put its feet up, and kick back. Should we connect? Should we post on social media? Yes, of course – but as a cybersecurity leader, Kaspersky Lab advises users to take extra precautions when they do this abroad. Make sure you are being cyber-savvy and put measures in place to protect yourself and your data,” said Sylvia Ng, General Manager, Kaspersky Lab – SEA.

The latest version of Kaspersky Lab’s flagship security solution for home users, Kaspersky Internet Security, has the Secure Connection feature that allows users to connect to the Internet safely, by encrypting all data sent and received through the network.

Tip #1: Take an extra debit card with a low balance and some local cash with you

Criminals attach bank card skimmers to ATMs or POS devices and they are not easy to spot. We know of cases where criminals turn ATMs themselves into skimmers: they infect the cash machines and make them collect the bank credentials of the customers who use them. And it is impossible to distinguish an infected ATM from a clean one.

Kaspersky Lab suggests carrying an extra debit card with you with just a small amount of funds available on it, and to use only it in any situation where your card is more likely to be compromised than usual. Small shops, restaurants, an obscure ATM at night. Consider a small amount of local cash with you as often you find bank cards simply are not accepted in a lot of places.

Tip #2: Use a VPN for unknown Wi-Fi networks

Many of us use unprotected Wi-Fi networks when we travel. Doing so is now second nature to most of us, and anyway sometimes there is no other choice. But are you aware that it is easy for cybercriminals to track your traffic if you are using an insecure network with weak encryption or without it?

The first thing you should do when you get online on such a network is connect to your company’s virtual private network (VPN), which encrypts all my online communications.

Try not to use public computers, but sometimes it is inevitable. If you have to print something out really urgently, what else are you going to do? The problem is that using public computers can easily go horribly wrong.

The first issue is that people often do not realize what sort of traces (passwords saved, accounts logged in, etc. to name the most obvious) they leave.

The second issue is that hotel computers may be already infected. There have been reports of criminals installing keylogging malware in several American hotel networks to collect guests’ credentials and steal their valuable data.

In short: using public computers for anything besides reading the news or printing something not too confidential is a bad idea.

Tip #4: Protect your devices with passwords and backup before you leave

While traveling people sometimes lose their stuff – including their smartphones, tablets and laptops. Often the data stored on a lost device is more valuable than the device itself. It is possible to minimize the damage by backing up all your data, encrypting the hard drive, and using a strong password. Kaspersky Lab also recommends using anti-theft apps that can help locate the device, or at least wipe (remotely) all the data on it if it is lost for good.

Many people share large troves of personal data on social networks. Kaspersky Lab strongly advises against doing so. Various scammers can use this data to hack into personal accounts and steal data or money from bank accounts. And posting vacation photos while still on vacation is asking for trouble: potential burglars see you are thousands of miles away and simply break into your home.

During this holiday season, Kaspersky Lab would like to take this opportunity to wish you all a safe and secure holiday.