Taipei, 3 January 2017 – BIOSTAR is proud to announce its latest motherboard supporting the 7th-generation of Intel Core series processors with the announcement of the BIOSTAR RACING Z270GT9. Featuring the latest Intel Z270 chipset, this motherboard supports LGA1151 processors for the latest in performance and power as well as the best features including support for DDR4-3600+ high-speed memory, six PCI-E x16 3.0 slots, and two USB 3.1 (TYPE A+C) ports amongst others.

Built upon reliability, the new BIOSTAR RACING Z270GT9 features enhanced endurance and stability under intense conditions which is a great advantage for gamers thanks to its improved power design named Digital Power+ which features IR digital PWM controller and PowIRstage IC which offer excellent stability and voltage delivery whilst operating cooler and more reliable under load than competing designs. The BIOSTAR RACING Z270GT9 features 14-phase power design complimented with all solid capacitors for a stable overclocking experience. 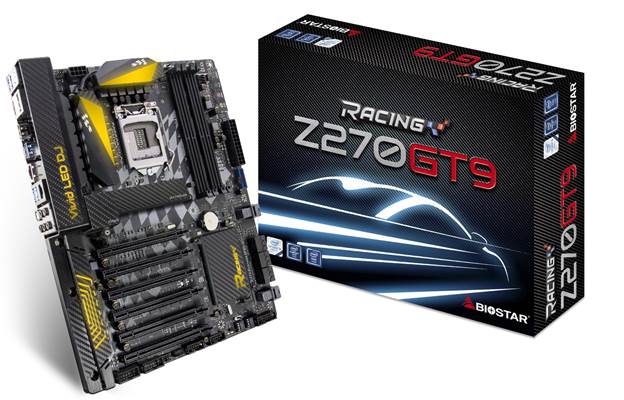 Break limits and enjoy uninhibited speed with BIOSTAR performance features that offer speed that gamers need to dominate their games. These new features will bring a new level of experience for gamers and enthusiasts.

BIOSTAR RACING 2nd-generation motherboards will be the first to have an M.2 heatsink that features ultra-high cooling efficiency to protect M.2 devices connected to the onboard M.2 slot and chipset from thermal issues thus expanding M.2 device lifespan for long-term usage and overall stable operation even under high system load.

Intel’s X550 chipset supports 10GbE LAN, delivering 10 times faster data transfer speed and bandwidth than traditional GbE LAN as well as bringing with it lower power consumption. Together with the latest Intel 7th-generation processors, this will be the fastest motherboards for online game.

The new 2nd-generation BIOSTAR RACING motherboards will be the first to have the new Lightning Charger which helps the battery of enabled devices, including smartphones or tablets, to achieve up to 75% charge in just 30 minutes. It supports QC2.0 (12V/1.5A output), Apple Mode (5V /2.4A) and BC1.2.

Two high-speed U.2 connectors that support the latest high-speed storage solutions allow this motherboard to utilize more storage giving you the option flexibility and scalability together with the speed that U.2 offers. This unique technology uses PCI Express 3.0 x4 for a maximum of 32Gb/s of bandwidth resulting in transfer rates as fast as 6.5x more than traditional SATA solid-state drives. Combine two for high-performance or high-integrity with RAID support. The motherboard supports RAID0/1/5 configurations for security or speed.

To compliment the performance of this motherboard, BIOSTAR is also proud to be the first its special bundle for upgraders, enthusiasts and system builders upgrading to the new Intel 200-series platform which brings support for Intel’s new Optane technology.

Buy BIOSTAR Z270GT8 or Z270GT9 get Intel 600p series SSD, the latest storage technology from Intel running on PCI-Express Gen3 x4 speeds for unrivaled speeds versus traditional mechanical hard drives. BIOSTAR is offering this introductory promotion for everyone to experience the power of the new Intel platform offering incredibly amazing performance and great value together with BIOSTAR motherboards. BIOSTAR is the first brand to bring together this bundle and offer it to gamers for the best experience on their new systems.

BIOSTAR introduces new features to further enhance the degree of performance and style that the BIOSTAR RACING series is known for. Some of these features include the new and improved VIVID LED Armor, 5050 LED Fun Zone as well new ones like Lightning Charger and Intel 10GbE LAN. From excellent power delivery for a more stable operating all the way to new ways of improve the visual appeal and style of your system to make it stand out and pop for your next theme. Combined, these new features will bring a new level of experience for gamers and enthusiasts. 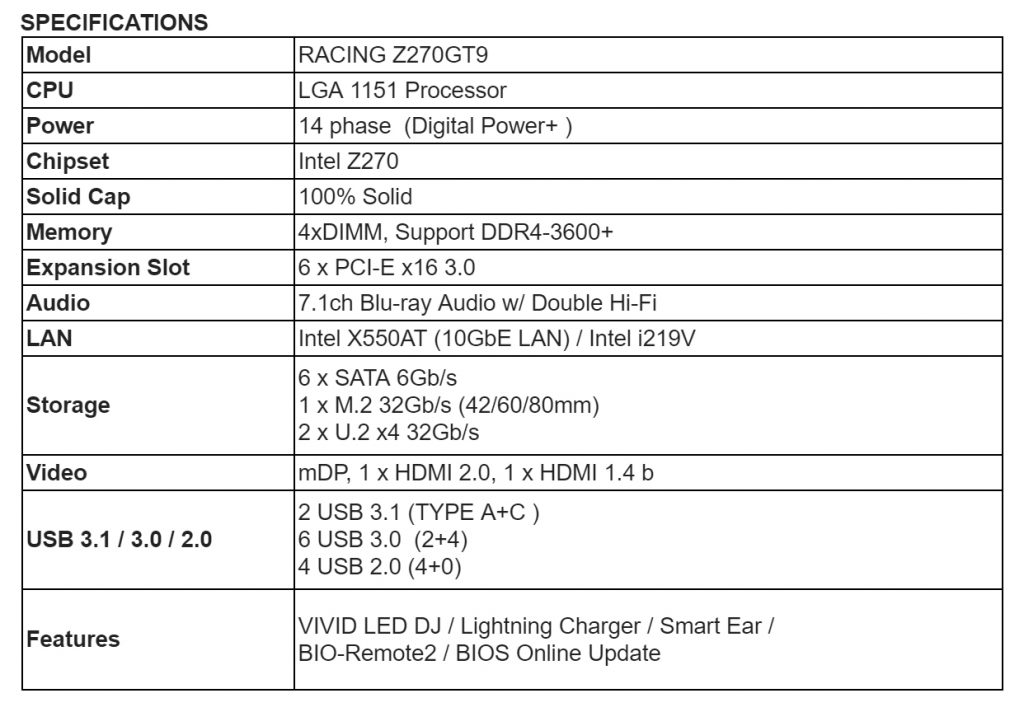