Flaunting the new Super 5 Design Concept, the BIOSTAR RACING Z170GT7 flaunts the best of the BIOSTAR RACING series together with its latest motherboard design features including the all new RACING IO armor, carbon-fiber design treatment on the heatsink, checkered flag PCB print on a matte black surface treatment and Titanium-color RACING audio shielding.

The BIOSTAR RACING Z170GT7 features support the latest Intel 6th-generation Core processors featuring the Intel Z170 chipset. The board supports up to four DDR4 memory modules of speeds up to DDR4-3200(OC) with capacities of up to 64GB. Signature BIOSTAR Hi-Fi audio solution for a better listening experience than standard built-in audio. 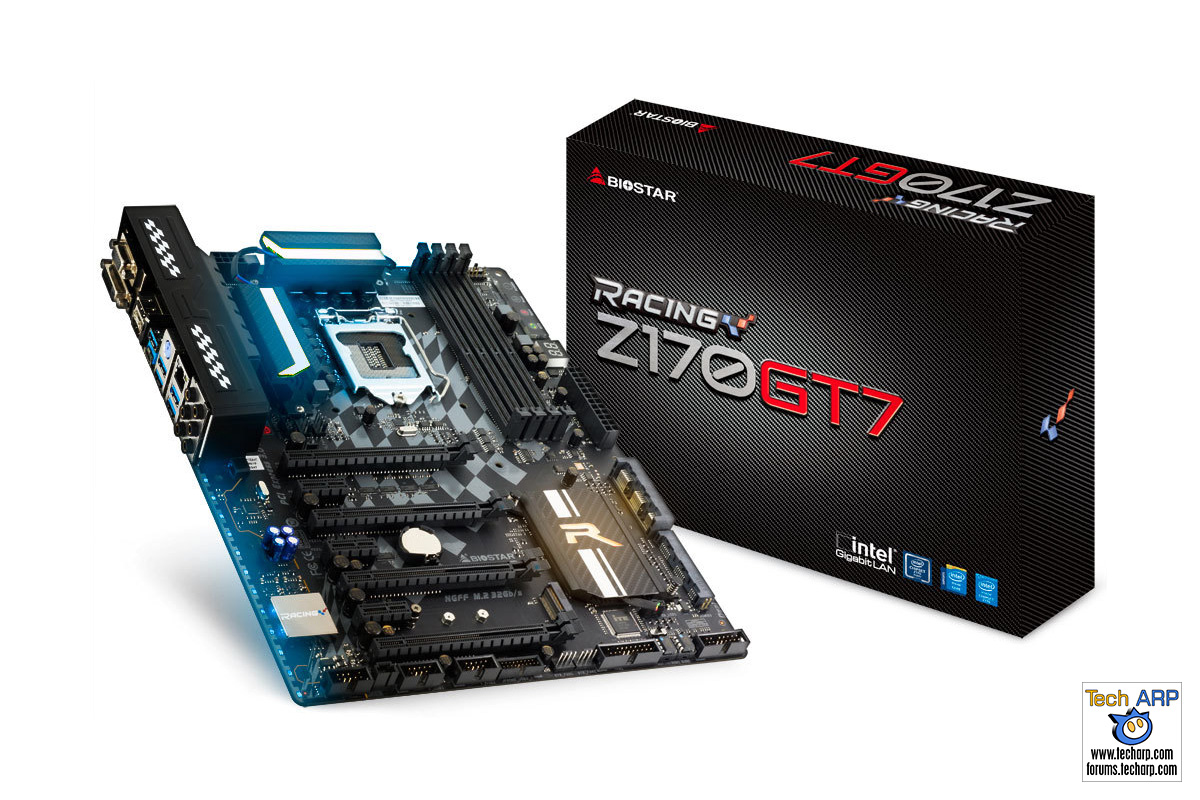 Other features include support for USB3.1 Type-C reversible connector for existing and future devices supporting the interface and also SATA Express and PCI-e M.2. Featuring more bandwidth than USB3.0, USB3.1 along with the new reversible Type-C connector allows greater bandwidth and more flexibility to use devices with your motherboard.

Dual-BIOS protection allows greater security against BIOS corruption and damage from faulty BIOS update procedure. A manual switch allows toggling between BIOS chips for full control of which BIOS you want to use.

Biostar has built the RACING series motherboard from the ground up, taking into consideration the ever-changing needs of gamers and enthusiasts. The new BIOSTAR RACING Series is proud to introduce the Super 5 Design Concept: