You can now binge on Star Wars in iflix! Episode I: The Phantom Menace, Episode II: Attack of the Clones, Episode III: Revenge of the Sith, Episode IV: A New Hope, Episode V: The Empire Strikes Back and Episode VI: Return of the Jedi are now available to stream on iflix! 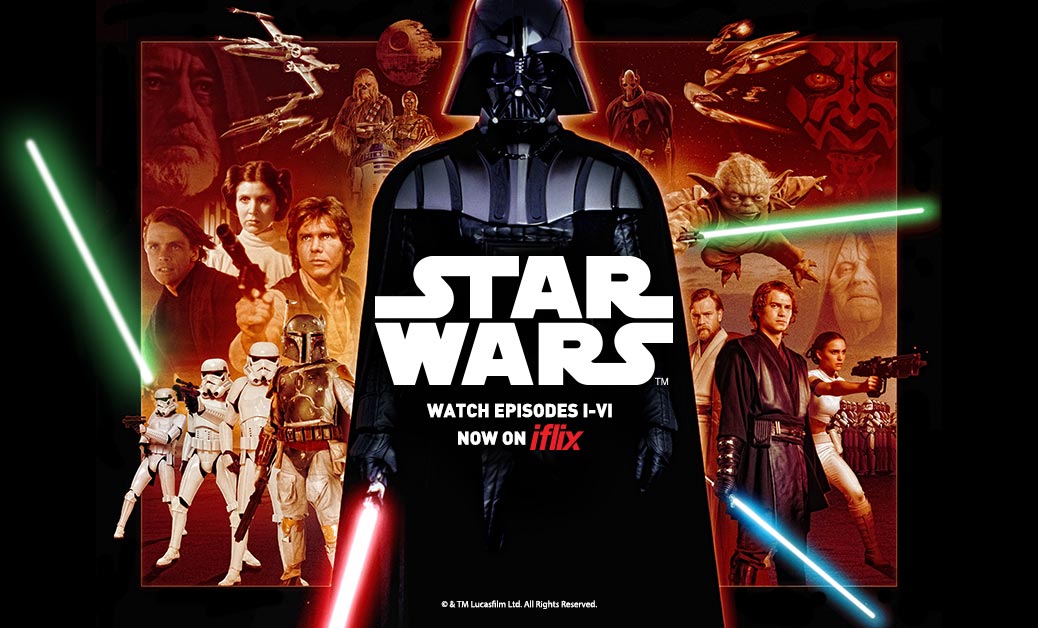 iflix’s new Star Wars branded channel in app and at iflix will feature:

Fans can also look forward to the premiere of Star Wars: Episode VII – The Force Awakens on iflix in 2018.

The May 25, 1977 theatrical debut of Star Wars (Episode IV A New Hope), which premiered on a scant 32 screens across America, changed the face of cinema forever. An instant classic and an unparalleled box office success, the rousing “space opera” was equal parts fairy tale, western, 1930s serial and special effects extravaganza, with roots in mythologies from cultures around the world. From the mind of visionary writer/director George Lucas, the epic space fantasy introduced the mystical Force into the cultural vocabulary and it continues to grow. Its lush universe ever-expanding through film, television, publishing, video games and more.

iflix Group Chief Content Officer, Sean Carey said: “Star Wars is the world’s most iconic and significant film series of all time. The incredible characters, worlds, and legends envisioned by George Lucas, have over the last 40 years and continues to today, excite, enthrall and inspire audiences of all ages and generations around the world. We are thrilled to share the Star Wars canon with fans in Southeast Asia. At iflix, we are committed to delivering the best entertainment experience, completely on the users’ terms. The addition of Star Wars to our extensive library is a testament to that promise.”