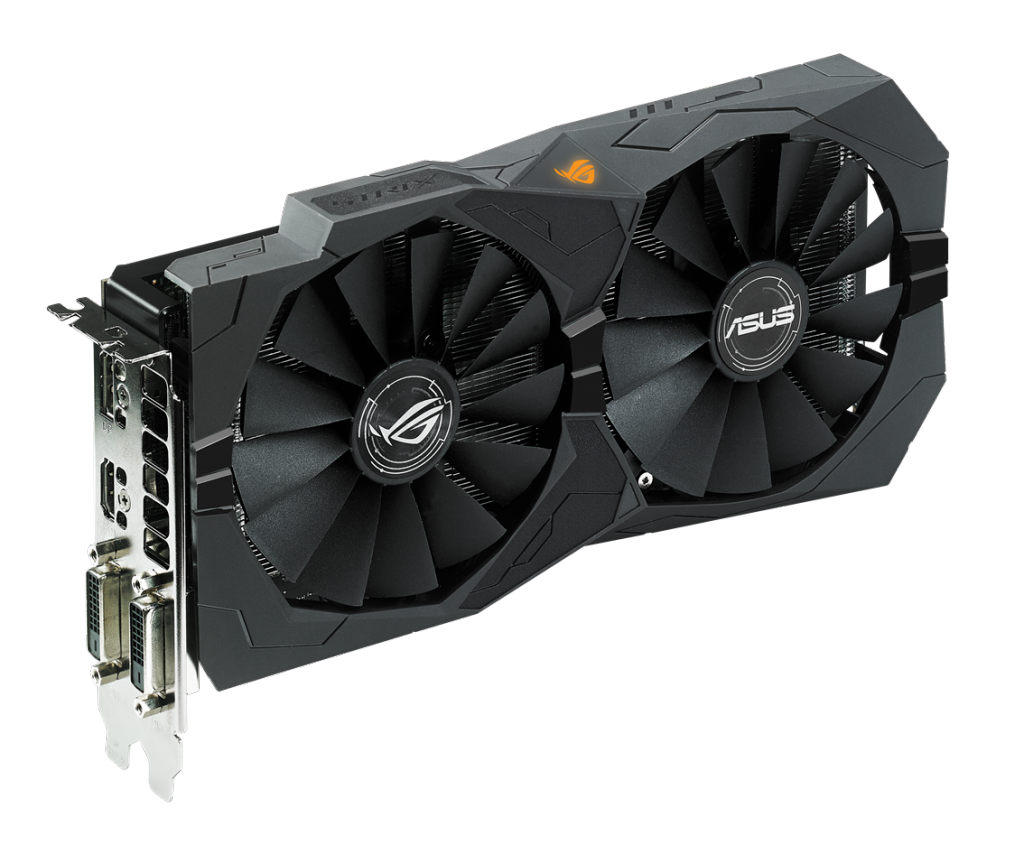 ROG Strix RX 470 also comes with ASUS FanConnect technology. When gaming, the GPU often runs hotter than the CPU, but chassis fans usually only reference CPU temperatures, resulting in inefficient system cooling. ASUS FanConnect solves this issue with a four-pin GPU-controlled header that can be connected to a system fan to provide targeted supplemental cooling for optimal thermal performance.

ROG Strix RX 470 includes Aura — the exclusive RGB lighting technology invented by ASUS — on its shroud. This stunning illumination technology is capable of displaying millions of colors and six different effects for a totally personalized gaming system. A set of orange color decals is also included, so gamers can further customize their ROG Strix RX 470 and express their unique style.