Take a look at the work and gaming performance of the Exynos 990 version of the Samsung Galaxy Note 20 series smartphones! 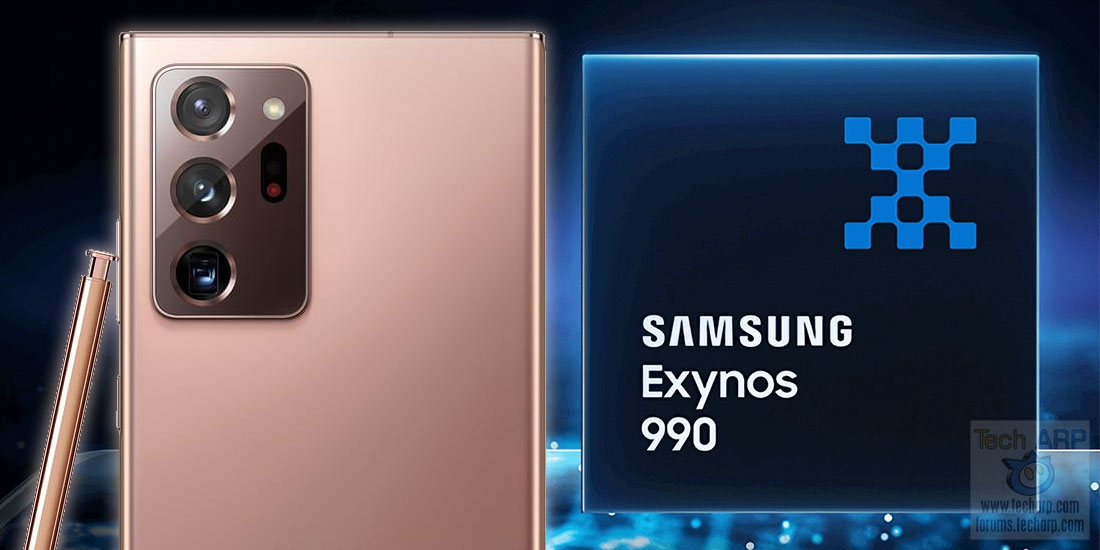 Its Arm Mali-G77 GPU uses the new Valhall architecture, which promises to offer a 20% boost in graphics performance or power efficiency.

The Exynos 990 is the first Samsung mobile platform to use the new LPDDR5 memory, which offers a 31% higher clock speed – increased from 2093 MHz to 2750 MHz.

This allows it to deliver up to 5,500 Mbps or 687.5 MB/s in memory bandwidth. It should also allow for lower power consumption.

Its AI capabilities also received a big boost with a new dual-core NPU and improved digital signal processor (DSP) that can process over 10 trillion operations (TOPS) per second!

Recommended : Samsung Exynos 990 : Everything You Need To Know!

Note : We tested the Galaxy Note 20 Ultra against last year’s Galaxy Note10+ and Galaxy S10+ devices, as well as the two fastest Qualcomm devices we have in the lab, including the latest Qualcomm Snapdragon 865+.

However, please note that the Snapdragon 865+ results are from the Galaxy Tab S7+ tablet, not a smartphone. 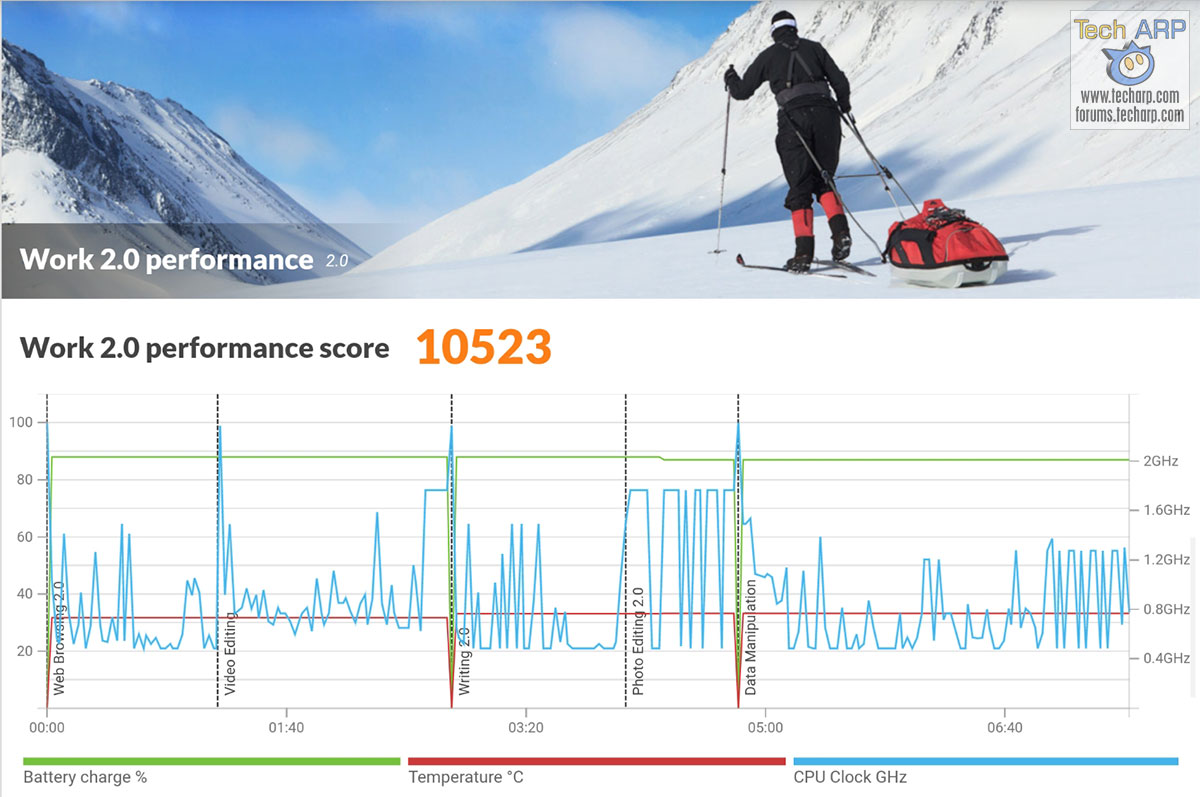 Samsung Exynos has historically been rather poor at work performance. But the Exynos 990 was significantly faster than the last-generation Exynos 9825 and Exynos 9820.

For gaming, we first tested the Galaxy Note 20 Ultra using 3DMark, with these results :

The Samsung Galaxy Note 20 Ultra was as fast as the Black Shark 2 Pro (Snapdragon 855+) in Sling Shot, and 6% faster in Sling Shot Extreme.

We then tested the Galaxy Note 20 Ultra using AnTuTu, yielding these results :