A number of HUAWEI HK users just had their smartphones bricked after they were automatically updated overnight. So hold off automatic updates for now!

HUAWEI hasn’t had a moment of respite since the Trump ban kicked off. The recent great news about critical technical memberships being restored was marred by reports that HUAWEI HK was facing a crisis involving automatic updates.

According to Apple Daily, the HUAWEI HK service centre in Mong Kok was flooded with users waiting to have their bricked smartphones repaired. They all said that their smartphones failed to work after being updated the night before. 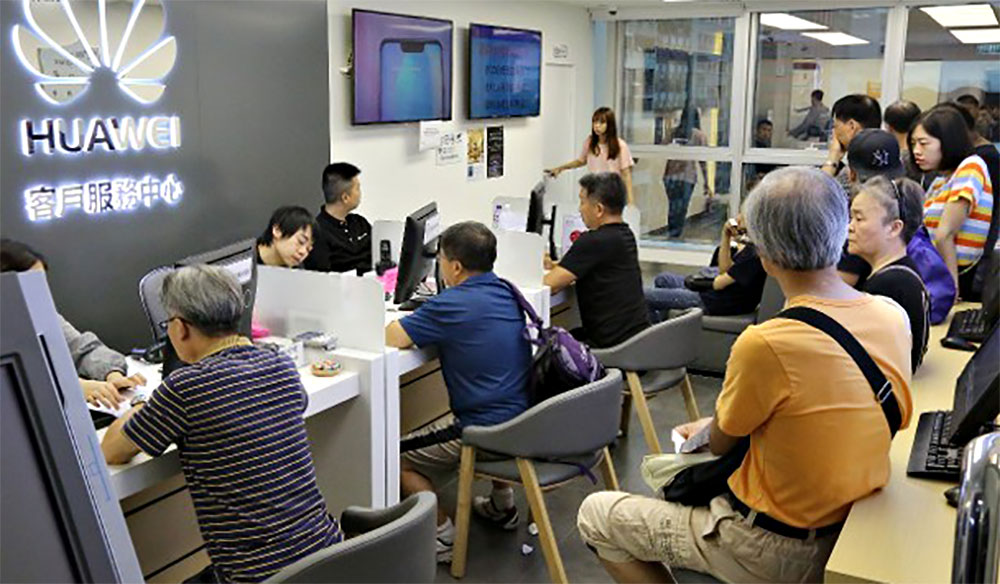 Recommended Reading : HUAWEI Legal Motion Too Late, But China Has A Trump Card!

What Happened To Those HUAWEI HK Smartphones?

According to interviews conducted by HK reporters, these users left their HUAWEI smartphones to update and/or charge overnight. When they woke up in the morning, their devices either displayed a white System Recovery Mode screen (if they were left charging), or powered off after running out of battery power.

A Mr. Lam said that his HUAWEI smartphone suddenly displayed a “white screen” while charging on the night of 28 May. The HUAWEI HK service centre repaired it in two hours, but it was wiped clean and he lost all of his data, including his photos.

Another user, Ms. Kwok said that she updated her HUAWEI Mate 10 on the night of 28 May as well, but found it stuck in the middle of that update. She left it running but it ran out of power overnight. When she recharged and booted it up, it entered into the white System Recovery Mode screen.

Mr. Lau, who uses a HUAWEI Mate 9 was also affected by the same problem, telling Apple Daily that “When I turned it on this morning, it showed that it was upgrading the operating system automatically, together with a music app. Then it stopped in the middle of the update, and could not be turned off.“

What Did HUAWEI HK Say About This Problem?

An Eastern Network reporter who called the HUAWEI HK customer service hotline was informed that customers had informed them that the system update caused their smartphones to fail. However, they do not yet know the reasons for the problem.

The HUAWEI HK service centre in Mong Kok said that most of these smartphones failed to complete the upgrade process, but the reasons were not clear. They advised those who came with this problem to factory-reset their devices – a process that takes an hour or two.

It would make their smartphones usable again, but they would lose all of the data stored in their phones – contacts, emails, photos, videos, music and so on.

Some users, like a Ms. Wong, could not accept that solution because she had “many of her late mother’s photos and videos” in her phone. Eventually, the HUAWEI HK service centre agreed to help her copy out her data, but it would take them several days to do it.

Recommended Reading : The HUAWEI ARM Business Suspension – How Bad Is This?

This case is highly unusual for several reasons :

Unless the automatic updates were only pushed out on a limited number, this could mean that something in those specific phones may have prevented the updates from completing properly

Does This Have Anything To Do With The Trump Ban?

It is true that the Trump ban initially prevented Google from supplying Android updates to HUAWEI.

However, days later, they were given a temporary licence to issue Android updates to HUAWEI until August 2019. So it is unlikely to be the cause of this issue. For more details, read our article The HUAWEI Trump Ban – Everything You Need To Know!

This looks like an isolated case that affects only HUAWEI HK users. It doesn’t even seem to affect neighbouring users in China or Macau, much less anywhere else in the world.

However, out of an abundance of caution, we recommend that you DO NOT update your HUAWEI and HONOR smartphones, and turn off Automatic Updates, until they figure out what’s wrong and fix the issue.

If you somehow need to update your HUAWEI or HONOR smartphone, make sure you first copy out your photos and videos, and make a backup of your data.