The HONOR 20 Pro and HONOR 20 smartphones have just been launched, both in London and in Kuala Lumpur!

Let’s take a look at these latest HONOR flagship smartphones with 4 rear cameras – their key features, the official launch presentation, and their prices and offers!

In spite of the ongoing troubles with the Trump Administration, HONOR went ahead and launched their latest HONOR 20 series flagship smartphones!

In their launch presentation, details were short on their response to the Trump ban. They would only say that they are confident of supporting their customers, and that they are here to stay.

Now, the phones on display at the launch had Google Play services and Play Store installed. But as you will see later, they are both not available for sale just yet.

Both models have the same 6.26-inch LPTS display, and run on the same HUAWEI Kirin 980 mobile SoC.

They too have the same 32 MP front camera, and the same colour options – Sapphire Blue and Midnight Black in Malaysia, with Phantom Black and Phantom Blue available in other countries.

Both devices feature a quad camera system at the back. However, there are quite big differences :

The 48 MP main camera on both smartphones use the Sony IMX586 image sensor, and defaults to 12 MP because this allows for better image quality, thanks to the larger “combined” pixel size of 1.6 µm. 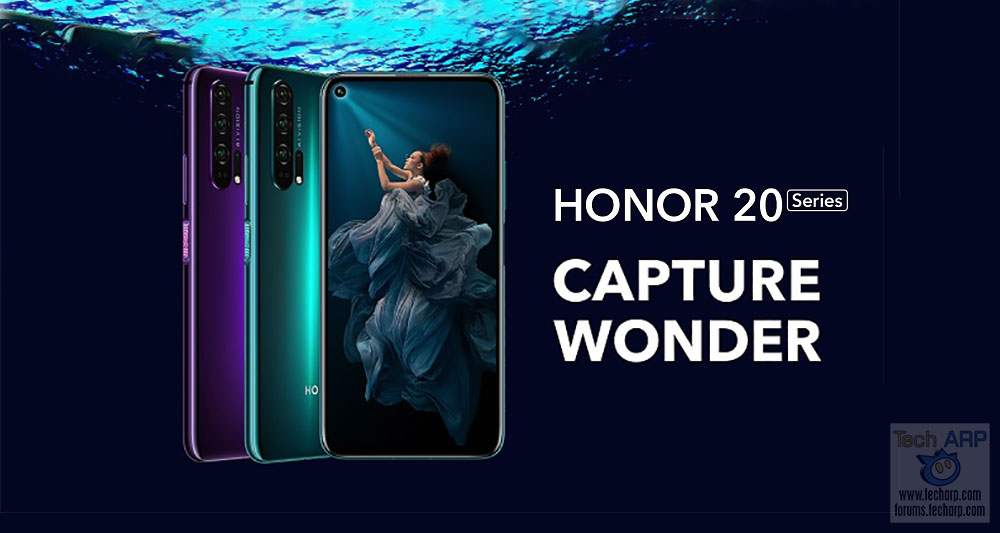 HONOR is only launching the HONOR 20 here in Malaysia, with the Pro version “coming shortly”. They also announced the prices of the HONOR Flypods Lite and HONOR Soundstone.

At the time they announced the HONOR 20 price list, they did not specify exactly when they would be available, only that they will be available “very soon“, due to the Trump ban…

However, we can now confirm that they will be made available for sale starting 21 June 2019.