Yesterday, Samsung held their first GLOBAL Samsung Galaxy UNPACKED event in Malaysia, unveiling the new Galaxy A 2018 series. It featured the recently-announced Samsung Galaxy A7 2018, and the world’s first smartphone with a quad lens camera  – the Galaxy A9 2018!

As usual, Samsung brought in a slew of Korean celebrities for the party. Check out the whole event! 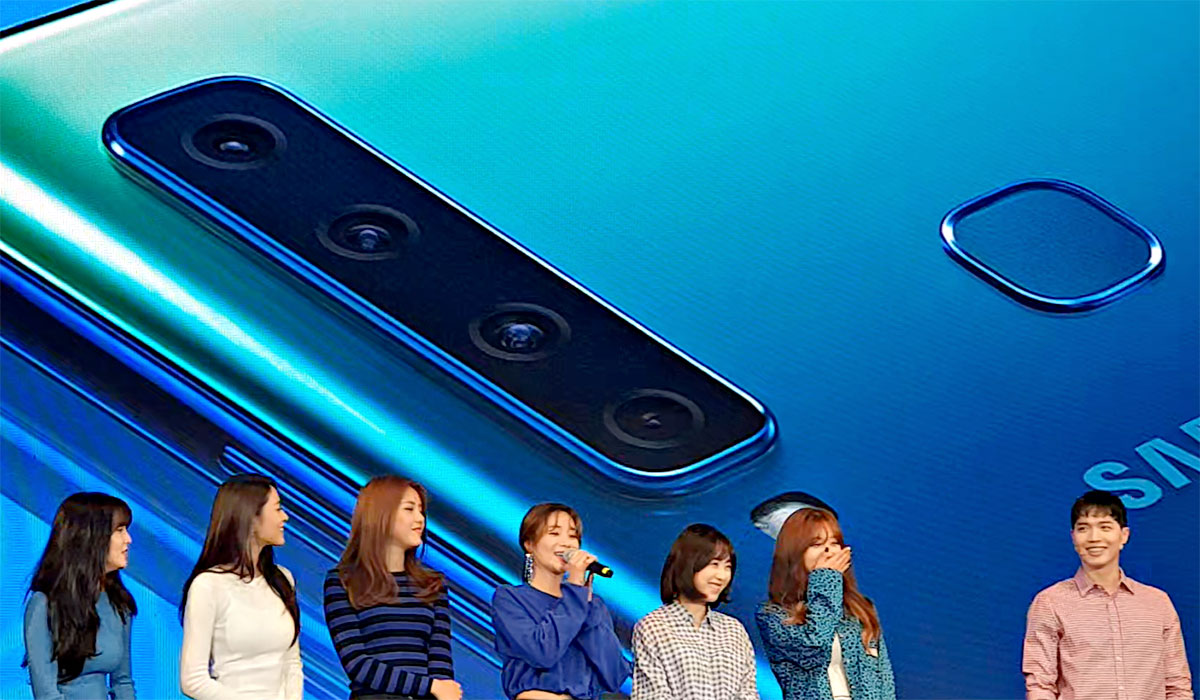 Although we earlier thought that DJ Koh would reveal the Samsung foldable smartphone – the Galaxy X / F / XF, Samsung only launched the Galaxy A9 2018, which features 4 cameras. It fits perfectly with their tagline – Four X Fun or 4x Fun.

As we had also earlier revealed, the recently-announced Samsung Galaxy A7 (2018) made an appearance in the launch. It may not have four rear cameras, but it has THREE rear cameras and if you add the single front camera, it has FOUR cameras in total… so heck, 4x Fun too1 🙂

Sadly, Samsung did not give us a sneak peek of the Galaxy X / Galaxy F / Galaxy FX foldable smartphone… but we know it’s coming soon!

For more details on the price, availability and specifications of these two new models, please take a look at the following articles :

In addition to members of the media from all over the world, Samsung has invited 200 lucky Samsung fans to witness the first Galaxy UNPACKED event in Malaysia. They were selected after sharing photos taken with their Samsung Galaxy devices.

This emphasis on photography ties in with the Samsung Galaxy A9 2018’s key selling point of mobile photography using its four cameras.