FedEx just refused to deliver a HUAWEI P30 smartphone because of the HUAWEI Trump ban. But they picked the wrong target – PCMag.

Needless to say, this has resulted in a kerfuffle, or shall we say, covfefe?

Find out what happened, and why FedEx was totally wrong about refusing to deliver any HUAWEI smartphones because of the Trump ban. 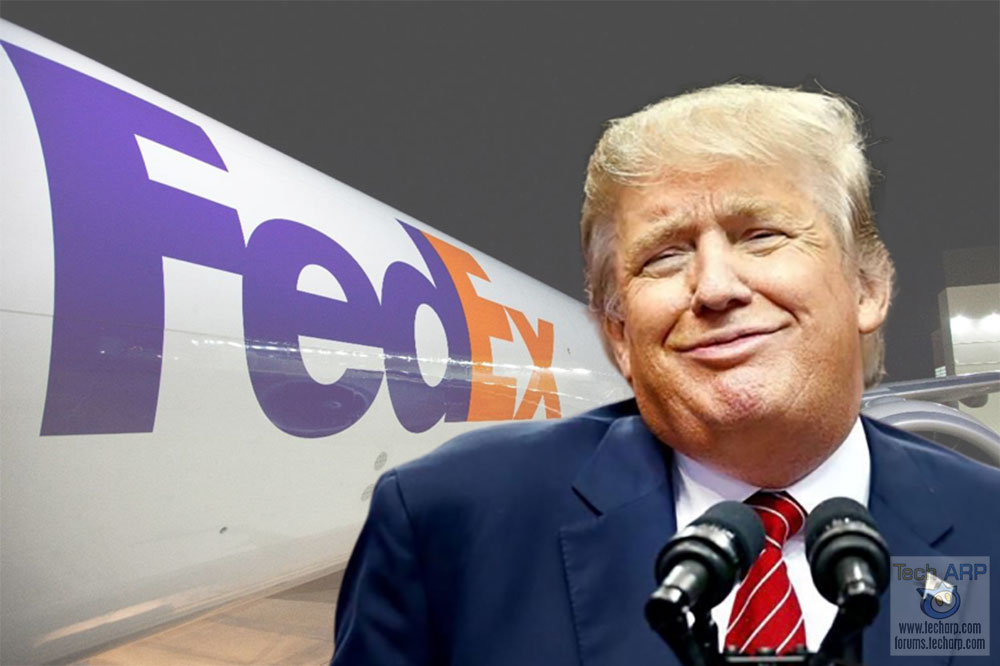 Sascha Segan of PCMag just reported that FedEx refused to deliver a HUAWEI P30 smartphone that his UK colleague, Adam Smith, mailed to him.

The reason? The notice on the returned parcel said, in rather bad grammar but clearly, that…

“PARCEL RETURNED BY FEDEX, DUE US GOVERNMENT ISSUE WITH HUAWEI AND CHINA GOVERNMENT”

When Adam reached out to FedEx on Twitter, they replied,

“Adam, on May 16, 2019, Huawei Technologies Co., Ltd. and 68 of its global affiliates were included on the ‘Entity List’ which sets out a list of certain entities that US companies are restricted from doing business with. My apologies for the inconvenience this has caused you.”

With this subsequent response :

“Adam, it is my understanding that to ensure our compliance, at this time we are not accepting any shipments to any of the listed Huawei entities.”

HUAWEI spokeswoman Teri Daley, on the other hand, responded,

“This is a complete misinterpretation of the EO/EL” (Executive Order / Entity List).

So who is correct? FedEx or HUAWEI? First, a quick primer on what on the HUAWEI Trump ban…

Many pundits wrongly quoted Trump’s executive order as the basis for the Google and other US companies suspending supplies to HUAWEI. That is only partly true.

His executive order does not mention HUAWEI at all. In fact, it actually applies to every company listed in the US Entity List, which is over 270 pages long! 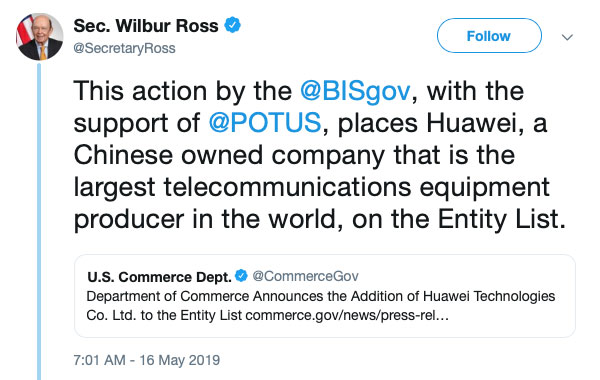 It was really the US Commerce Department’s action of adding HUAWEI (and its 68 affiliates) to the Entity List that forced US companies to stop doing business with HUAWEI.

Even without Trump’s executive order, US companies are generally prohibited from doing business with companies listed in the Entity List. They will have to apply for a licence to export products to those entities.

As a US company, they are prohibited from doing business with HUAWEI or its 68 affiliates listed in the Entity List.

The Trump Executive Order, on the other hand, specifically prohibits US companies from exporting technology to HUAWEI and its affiliates.

But unless they are knowingly delivering packages containing US technology to HUAWEI or its affiliates, they have no legal exposure to the HUAWEI Trump ban.

Why FedEx Was Wrong About The HUAWEI Trump Ban

FedEx was wrong not to deliver PCMag’s P30 smartphone for a few reasons :

The Trump executive order only prohibits the EXPORT of technology to HUAWEI and its affiliates.

It does not prohibit anyone from importing HUAWEI smartphones into the United States. A fact their rival, UPS, confirmed in this tweet :

“There is nothing prohibiting shipping a Huawei phone from the U.K. to the U.S.”

Neither does it prohibit an existing owner of a HUAWEI smartphone from sending it to a US resident. 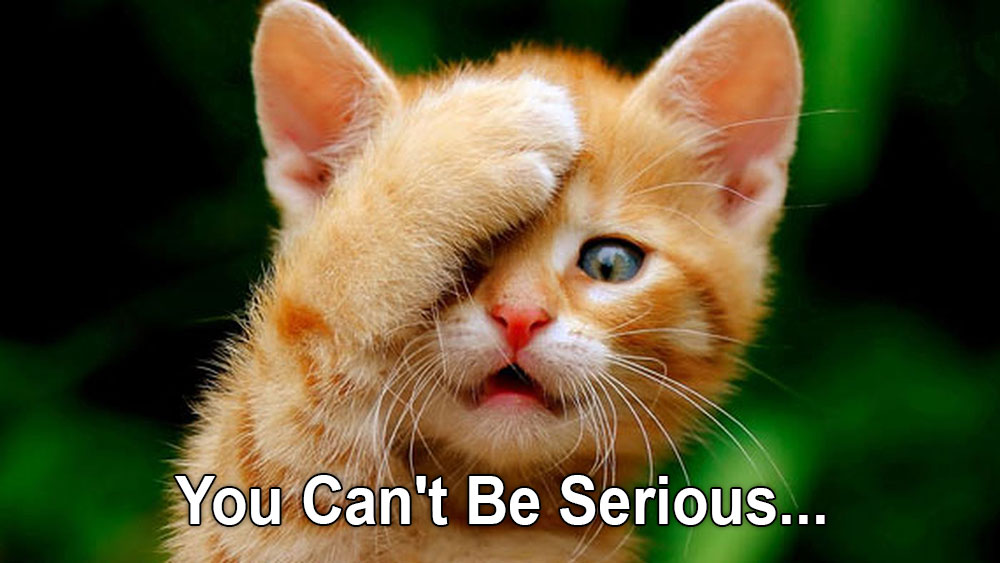 The HUAWEI P30 was sent by a third-party (PCMag), not HUAWEI. They have no legal basis to reject the delivery because PCMag is not in the Entity List.

Reason #3 : There Is A Temporary 90-Day Licence

The US Department of Commerce issued a temporary 90-day licence for the support and service of existing HUAWEI smartphones that were available on or before May 16, 2019.

The HUAWEI P30 launched in March, and is therefore covered under that 90-day licence.