Is an old robber with a hidden knife targeting kind-hearted motorists in Penang? Here was what a motorist recently claim, and what really happened…

A training consultant in Penang went viral a few days ago after he claimed that an old robber with a hidden knife almost robbed him.

According to his viral Facebook post, he spotted an old man slowly limping under the hot sun. Feeling sorry for him, he made a U-turn and offered him a ride. But when he opened the back passenger door for the old man, he claimed that “God showed [him] the signs of warning” – reflections off a shiny object that he identified as a BLADE that was hidden in his long sleeves.

He quickly jumped into the driver’s seat, and sped off “like one of the Fast & Furious movies“, just as the man was reaching for the car handle.

Needless to say, he thanked God for saving him from “being robbed or stabbed for cash“, and urged people not to stop to help anyone walking along the road.

His Facebook post went viral, being shared more than 10,000 times. Unfortunately, that was NOT what really happened. 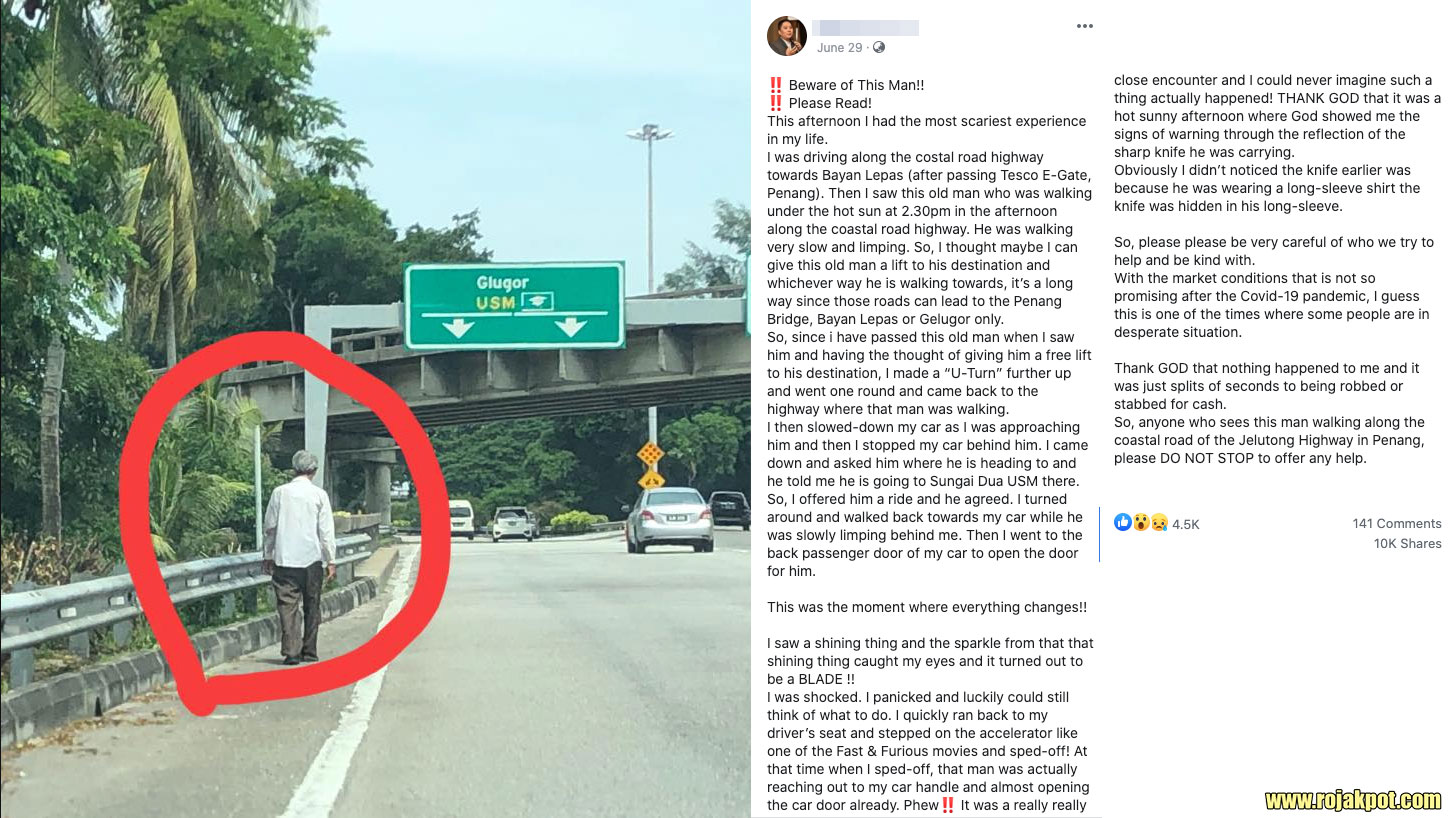 Old Robber With A Knife? More Like Old Man With A Watch…

Word eventually reached the family of the man who was accused of almost robbing the motorist at knifepoint, and a family member went online to debunk his viral claims.

The old man was no robber. He was just an old man with dementia, who was being treated at the Penang General Hospital.

While the motorist claimed to have actually seen a blade, the man was really just wearing a watch. 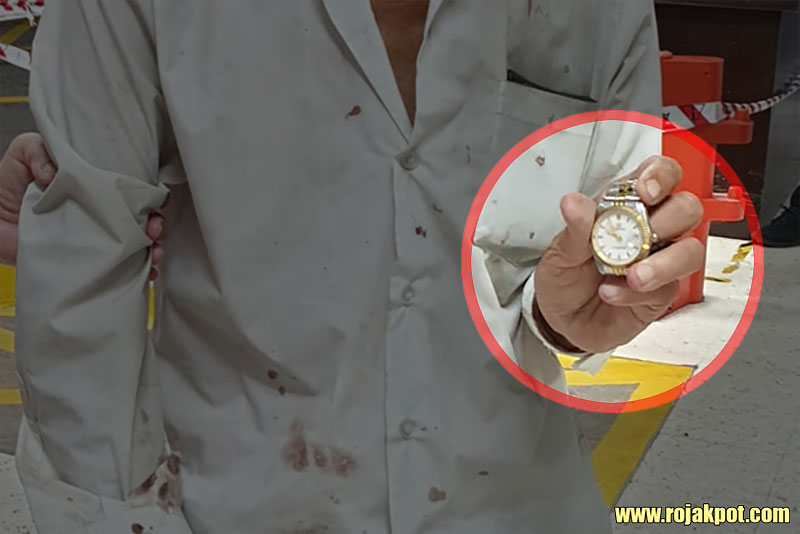 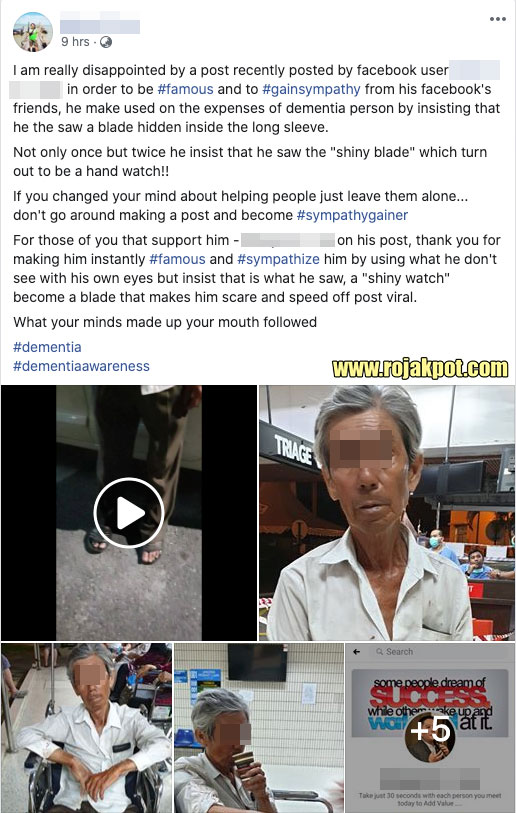 His family is understandably livid about the false claims, but it is likely to be a simple misunderstanding.

We should give the motorist credit for trying to be a Good Samaritan – he did not need to make a U-turn to offer the old man a ride.

That said, he jumped to conclusions, and caused this misunderstanding to go viral.

Perhaps his religious convictions taught him to see signs where there are none, or claim divine providence where none existed.

Or perhaps he just wanted to warn fellow motorists to be careful about a potential new tactic by desperate robbers.

He has since removed his post and apologised for it. In any case, let this be a lesson to all of us – do NOT blindly trust everything you read on social media. We often see only one side of the story.

Tags:AutomotiveCarCrimeCyber SecurityCybercrimeCybercrimesCybersecurityFacebookFactFact CheckFakeHoaxMalaysiaPenangTravelVehicle
Previous : TikTok Reverse-Engineered : A Peek At How It Works!
Next : Die Young Prologue – How To Get This Game For FREE!