Find out if the Lincoln Memorial was really vandalised, and what the FACTS really are!

Black Lives Matter protestors are being accused of defacing the famous Abraham Lincoln statue at the Lincoln Memorial, and here is the picture to prove it! This picture of the Abraham Lincoln statue spray painted with graffiti has been shared on Facebook, Twitter, etc. as evidence of the Black Lives Matter movement’s complete lack of respect for sacred American monuments. 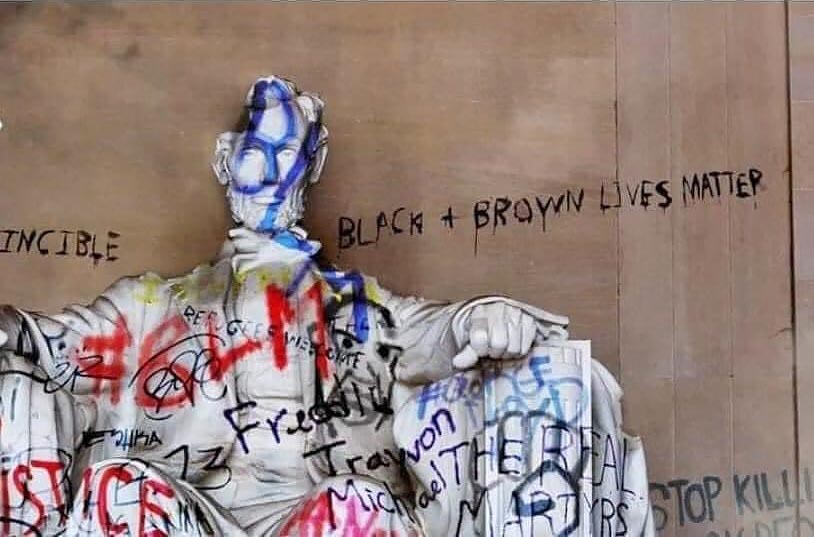 The picture is fake, and was edited by mapping graffiti over a picture of the Abraham Lincoln statue.

The creator did a poor job of it, lopping off the left side of the head. If that was intentionally meant to look like protestors did it, it was done badly.

The graffiti also looked odd, because he/she was mapping a 2D image over what’s really a 3D object.

Fact #2 : The Lincoln Memorial Was Protected By The National Guard

It would also be quite a feat for the BLM protestors to vandalise the Abraham Lincoln statue itself, since the DC National Guard was deployed to protect it.

One of the outer columns at the Lincoln Memorial had Yall Not Tired Yet? spray-painted in black on the night of 30 May 2020.

However, there is no way to know whether BLM protestors or anti-protestors was responsible. The message is ambiguous.

Further down, the National World War II Memorial was vandalised, this time with a clearer meaning – Do Black Vets Count?

National Mall and Memorial Parks confirmed both graffitis and cleaned them up by 4 June 2020. 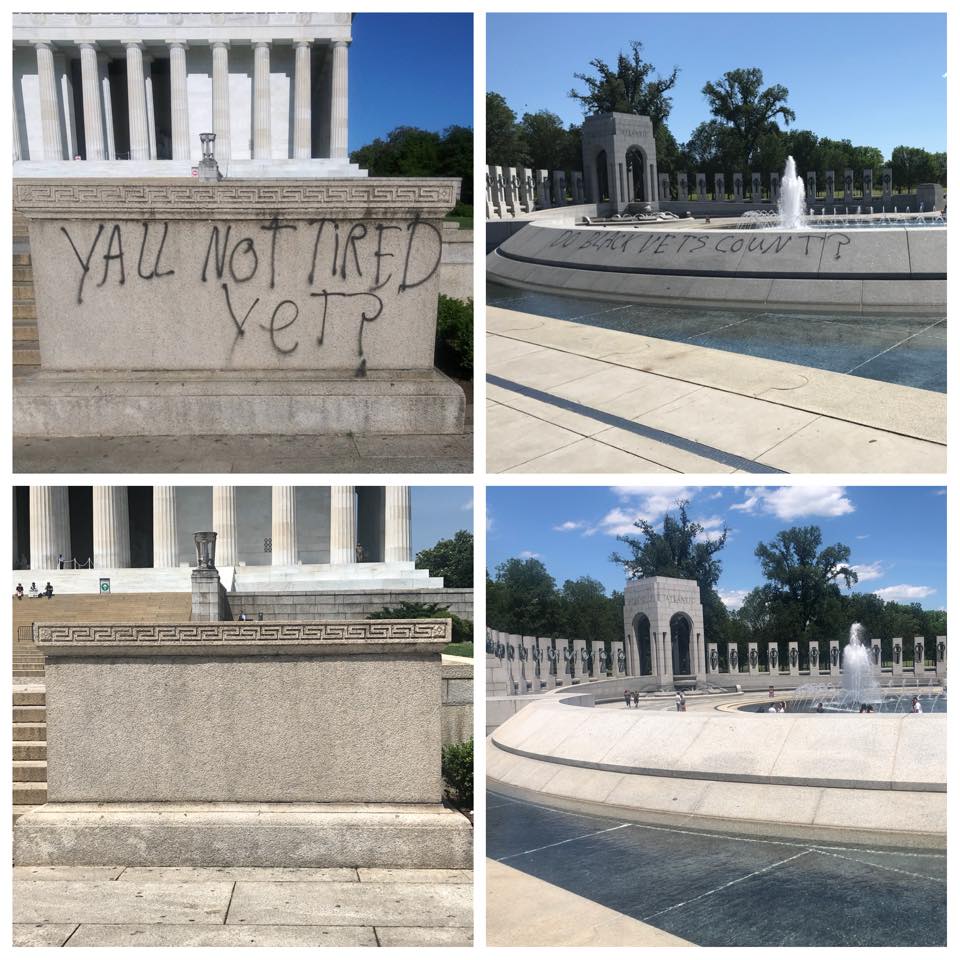 Fact #5 : The Lincoln Memorial Had Been Vandalised In The Past

Frankly speaking, this isn’t the first time the Lincoln Memorial was vandalised or defaced. In fact, someone actually sprayed green paint on the Abraham Lincoln statue in 2013! 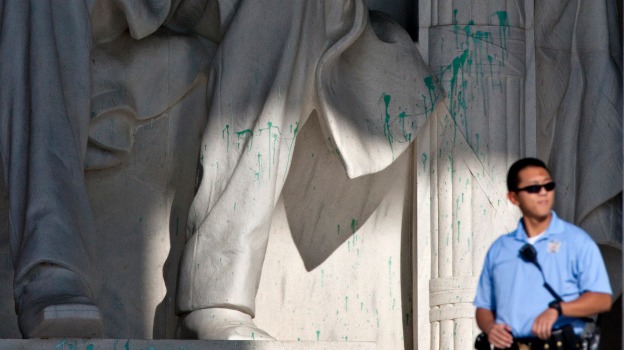 In 2017, explicit graffiti was spray-painted on an inner column in the Lincoln Memorial. 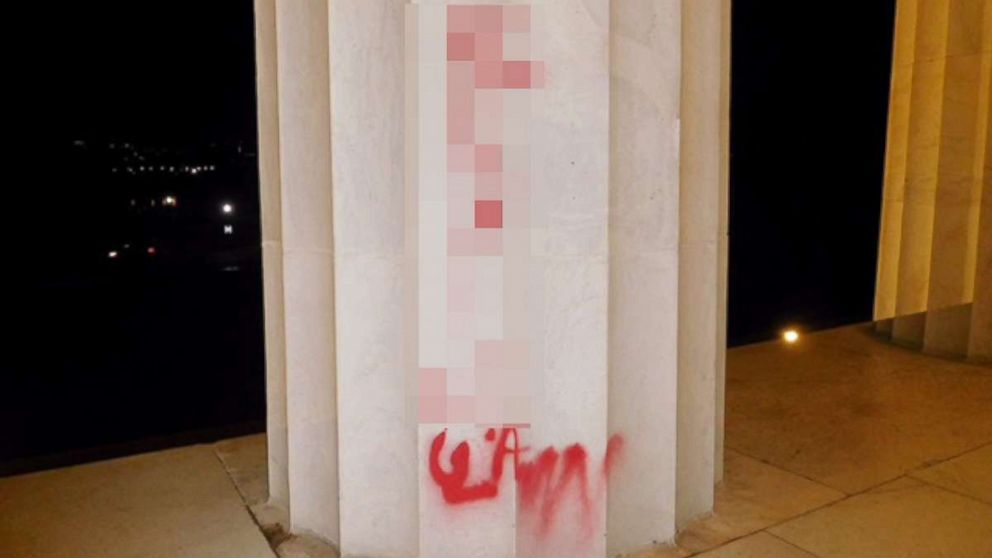 This fake picture is part of a slew of similar fake news about the George Floyd / BLM protests in the US :

So beware of similar fake posts, because they appear to be part of disinformation campaigns.