So it is up to all of us to spread the word and WARN EVERYONE about these seafood scams on Facebook.

We were first alerted to the world of Facebook seafood scams by people who were cheated by Ocean Sense and East Malaysia Seafood Agent.

These Facebook seafood scam pages have a simple modus operandi :

Even though many people reported Ocean Sense and East Malaysia Seafood Agent as scam pages, Facebook declined to take action and they are STILL ACTIVE. 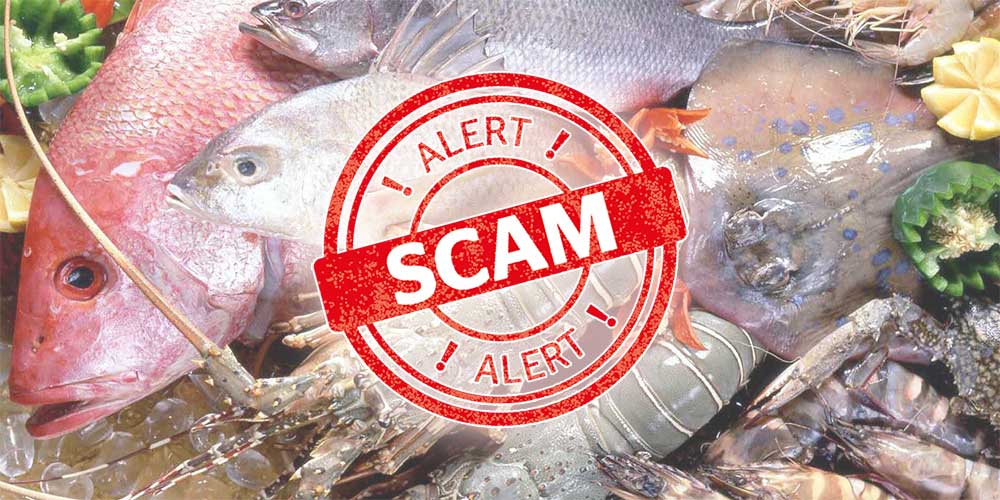 The problem with seafood scams on Facebook is how easily scammers create them. Even if they get banned by Facebook, they will simply create a new one.

Facebook also partly enables them to continue with their scam by ignoring reports, claiming that there is nothing on the scam pages that go against their Community Standards. Duh – as if the scammers will post on Facebook admitting that they are scammers.

So how do we detect these seafood scams on Facebook?

The first thing you should do is run a quick search online on the name of the seafood vendor. See if anyone has reported them to be a scam.

Multiple people have reported that these Facebook seafood vendors have cheated them :

These Facebook pages have been reported to be scam pages, but we haven’t been able to independently verify their reports : Next, use the Commercial Crimes Department’s website to check for bank accounts that have outstanding police reports.

For example, the CIMB 8604503834 has two outstanding police reports lodged against it.

Just because a bank account has not been flagged by the Commercial Crimes Department’s website doesn’t mean it’s safe.

That’s because many people do not bother to lodge a police report, or it may be a recent scam.

Here is a list of reported company and bank accounts, which you should AVOID :

Step 4 : Look For An Address

Genuine seafood vendors on Facebook will share with you their address, so you can drop by and select your seafood if you wish.

But don’t just trust the address they post. Always check the address on Google Maps, and use Street View to check if the shop really exists.

A genuine seafood vendor may have one or two angry emojis by dissatisfied customers, but scam pages will have A LOT of them.

Hover over the reaction emojis, and look at how many are positive (likes or wow), and how many are negative (angry).

Scam pages will have a lot of angry emojis because they often delete negative comments, so angry customers have only one option – show angry emojis to warn potential customers.

To find out for sure if this is a scam, just PM (private message) those who left an angry emoji react to the Facebook page.

That’s how we were able to confirm that Ocean Sense and East Malaysia Seafood Agent are seafood scam pages.

Step 7 : Pay Only By Credit Card / Cash On Delivery

If you are still enticed by the great offer and want to take a risk, insist on paying with a credit card, or cash on delivery.

NEVER PAY to a bank account directly, because there is simply NO PROTECTION, and NO WAY for you to get your money back.

Using a credit card protects you against fraud, because the payment is not instantly credited to the vendor.

If you did not receive the seafood you ordered, simply call up the bank and inform them. They will refund the money.

If the seafood vendor insists on a direct bank transfer and refuses even cash on delivery, it is highly likely that they are scammers.