A video showing Canadian cops taking down a Chinese student is going viral, with people claiming that it’s another racist attack by the police.

Let’s take a look at the video, and see what the facts really are!

Updated on 2020-06-26 : Added details from, and link to, the official Toronto Police press release.

A video showing a Chinese man suddenly being surrounded and tackled by Canadian police officers is going viral on social media, with such messages :

Canada.. Brutal taking down of a 21-tear old Chinese student who is not even resisting by several oversized policemen.. Share

👆This is in Canada how a group of oversized police treated a 21yr student for no reason just anti Chinese. True or fake

The video (screenshots below) appears to show a Chinese man just walking down the street, and suddenly he stops with several police officers pointing guns and a Taser at him.

So what really happened? Is it true that this Chinese student was racially profiled and attacked by Canadian cops, like what happened to George Floyd in the United States?

The TLDR summary of this viral claims of racist profiling and attack by the Canadian police against a Chinese student is BULLSHIT.

The man was rightfully reported by BLM protestors for brandishing a large knife at the rally, and arrested by the police. And here are the facts, and evidence…

The incident happened on 6 June 2020, at a Black Lives Matter protest in downtown Toronto.

Fact #2 : The Man Was Identified As Boyu Shi

The man in the video was identified as 21 year-old Toronto resident, Boyu Shi. There is no indication he is a student.

A protestor noticed Boyu Shi holding a large knife while observing the protest near Yonge Street and Grosvenor Street at around 2:32 PM.

The individual reported him to the Toronto police, and when they approached him, he fled on foot. After a short chase, the police cornered him and that was when the video began.

Fact #4 : Boyu Shi Had THREE Knives On Him

After the police arrested him, they found that he had three knives on him.

When we analysed the video, we spotted at least one knife, with a possible second knife. It appeared that Boyu Shi was trying to get rid of the knives when he was surrounded.

A plainclothes officer can be seen kicking away one of the knives in the video. 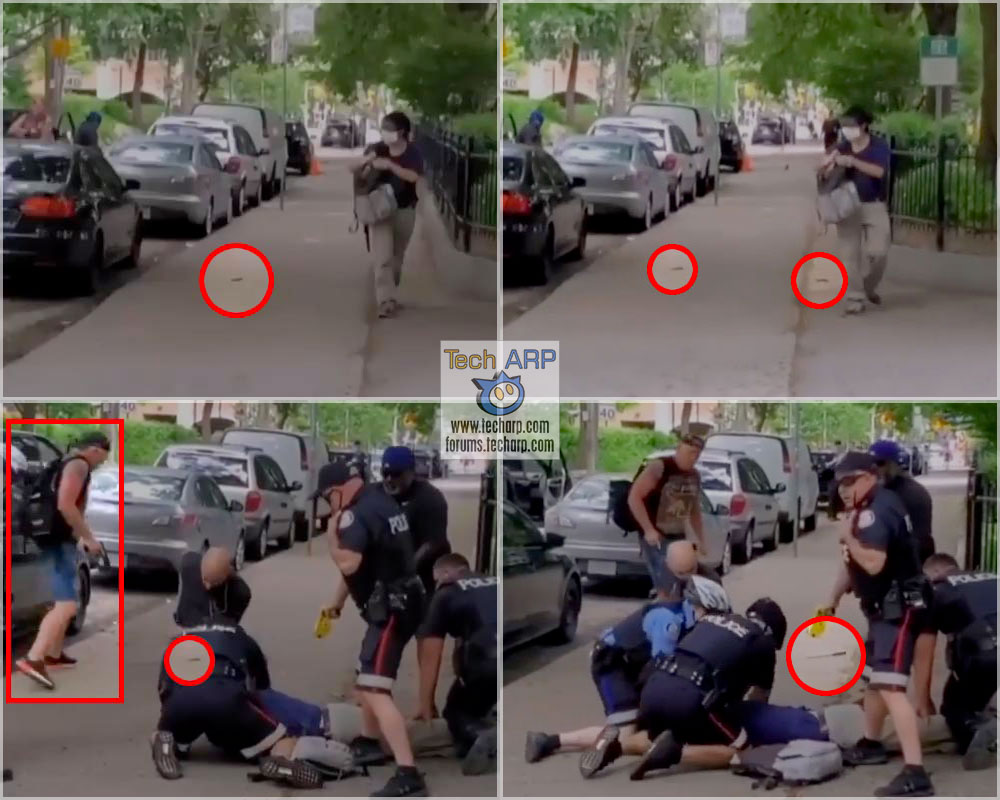 Fact #5 : Boyu Shi Was Arrested And Charged In Court

The Toronto police charged Boyu Shi with assault with a weapon, possession of a weapon / being dangerous to public peace, and carrying a concealed weapon.

He made his first appearance in court on Sunday, 7 June 2020.