A video started circulating yesterday as evidence that Chinese people are no longer allowed in Australian supermarkets, presumably another example of COVID-19 racism.

Find out whether the video is genuine, and what’s REALLY going on! 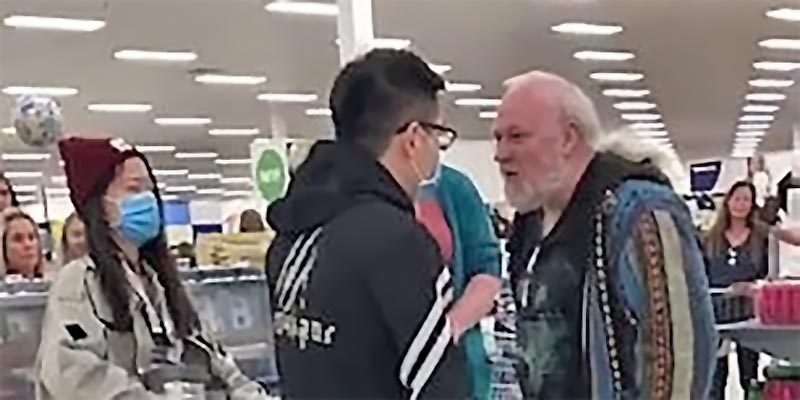 Early in the pandemic, while COVID-19 was predominantly restricted to China, there were many cases of overt acts of racism and even violence towards Chinese or Asian people in Western countries and Australia. 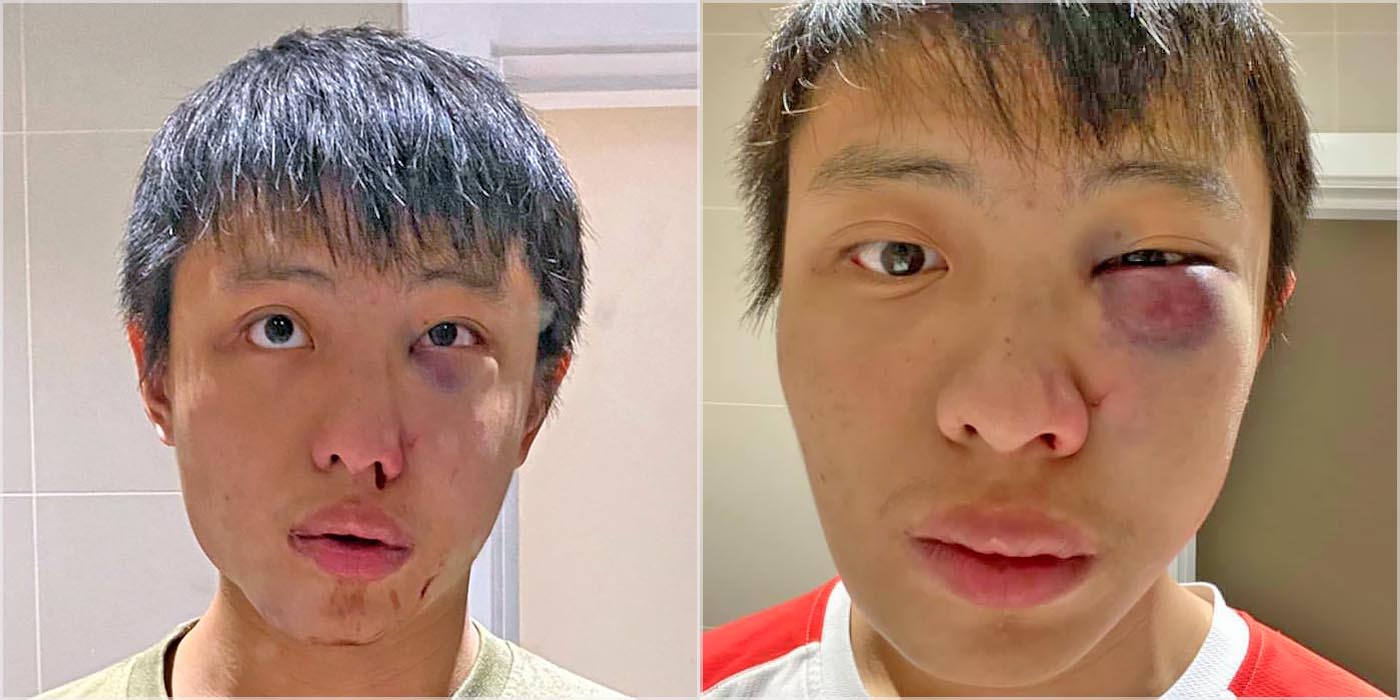 A video is going viral on social media, shared as the latest evidence of COVID-19 racism against Chinese and Asian people in general.

Chinese not allowed in
Supermarkets in Austrilla
So it’s started 👇🏿👇🏿

Now, the video is genuine and was recorded just days ago, so it is recent as well. However, it is NOT a video of COVID-19 racism. Here are the facts…

This video is genuine, and was recorded by Nikki Schoerie on 11 April 2020, at the Big W store in Lilydale, northeast of Melbourne, Australia.

Fact #2 : The Argument Was Over Baby Formula

According to eyewitness reports, the couple wearing face masks were trying to buy four tins of baby formula when they were stopped, because they were spotted buying the baby formula earlier the same day.

The man refused, and started arguing with the staff. Stephanie Groen (with the green sweater) asked him to put the tins back because he was holding up the line. 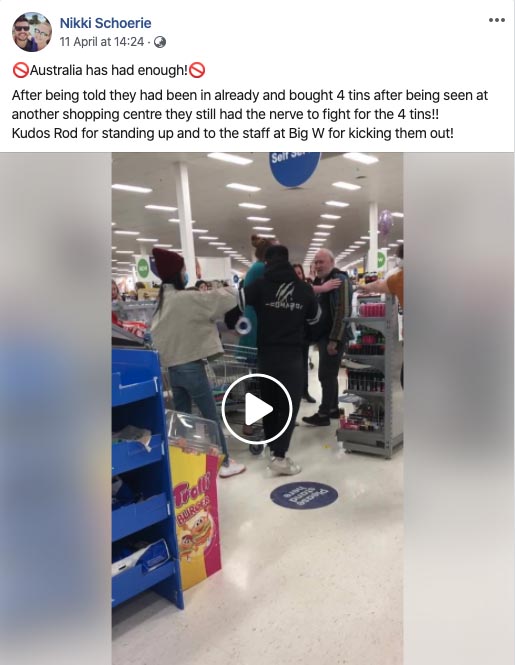 When he started yelling and swearing at her, the older man (see in the video above) intervened. He also said that he saw the couple purchasing baby formula at a local chemist earlier.

That set off the younger man who threw the tins into Stephanie’s trolley, ripped off his face mask and tried to strike the older man.

Big W and major Australian supermarkets have a two-tin limit to prevent Chinese daigou shoppers from buying baby formula in bulk to resell for a profit in China.

That is not a racist policy, because the limit applied to everyone – Australians and non-Australians alike.

Verdict : Yet Another Example Of Daigou!

Just to be clear, Chinese shoppers are not being stopped from entering or shopping at any supermarket in Australia. These isn’t even a case of COVID-19 racism.

This is just another example of daigou shoppers trying to bypass limits set explicitly to prevent bulk buying of baby formula.

Daigou shoppers have long been a problem, not only in Australia but also in Hong Kong and Macau, which are right next door to China!

In fact, Hong Kong authorities set a limit on how much baby formula any person can bring when they exit Hong Kong! 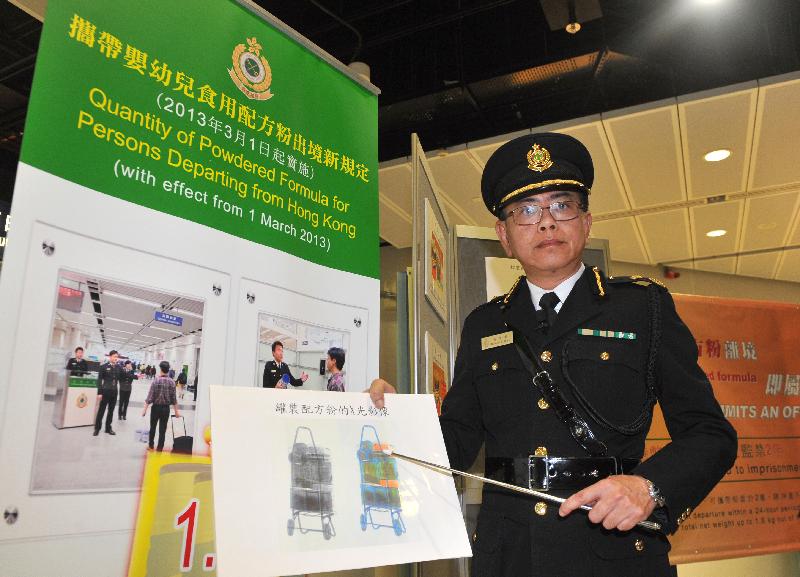 Go Back To > Cybersecurity | Science | Home