Wargame Red Dragon together with FOUR DLCs are FREE for a limited time!

Find out how to get them FREE, and make sure you tell your friends!

The Wargame series returns to duty, larger, richer and more spectacular than ever before. In Wargame Red Dragon, you are engaged in a large-scale conflict where Western forces clash against the Communist bloc.

1991: the two blocs confront each other in a new theater of war, Asia, joined by various other countries: Japan, China, North Korea, South Korea, Australia and New Zealand.

You command the military resources of all 17 nations involved, assembling your fighting force from a phenomenal selection of 1,450 units that have been meticulously reproduced from their source!

Command tanks, planes, helicopters, new warships and amphibious units in intense battles of unequaled tactical depth. Master the relief of varied, ultra realistic battlefields, dominate the new maritime areas and rewrite history in a conflict that has been directed and designed in stunning detail by development studio Eugen Systems.

Wargame Red Dragon is thrilling in single-player mode with its new dynamic campaign system, and also offers an extensive multiplayer mode where up to 20 players can compete against each other simultaneously.

The Russian Roulette map features an innovative circular level design that has armies intertwined at the start, rather than facing each other.

With six twin deployment zones available at the edges of the map, Russian Roulette alternates and provides each side with three, allowing them to directly flank one another right from the beginning.

Secure the flanks while moving towards the center to take hold of the command zones, or choose to regroup, thus leaving easy points & reinforcement zones to the enemy. 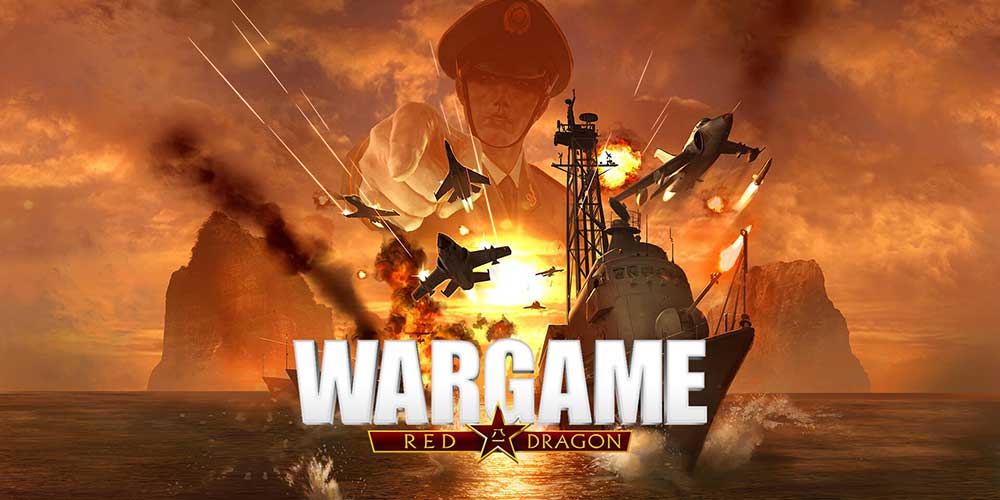 Second Korean War features a new solo campaign, set in an uchronical 1992 where the previous year’s coup against Mikhaïl Gorbatchev has succeeded.

The Party’s old guard has restored Soviet order, getting closer to its Asian communist neighbors in the process, but is set on a confrontational road with the West.

And it is only a matter of time before History repeats itself in the Korean peninsula, with China, North Korea & the Soviet Union pitting themselves against a mighty UN coalitions.

Set in W:RD’s future, this massive campaign will see both fielding the very best and most advanced arsenal, in an intense conflict reminiscent of the chaos of World War 2.

Effectively propelling this coalition as well as the individual countries into the early 90’s era, it will bring them onto an equal footing with the other nations from Wargame: Red Dragon.

Every type of unit is represented (planes, infantry, tanks, IFVs, …) including some iconic and long-expected “Northern” units: the Saab Gripen, Frømandskorpset, NASAMS, …

And as a bonus, ANZAC will also get an extra unit, in the form of the Vickers Mk.11.

Focusing on the Eastern Bloc coalition, it will feature more than 60 new units for Poland, Czechoslovakia & East-Germany, bringing them in the 90’s and on an equal footing with W:RD’s main nations. The whole range of units will be represented: infantry, tanks, planes, troop transports, helicopters, …

But The Millionth Mile will also introduce a brand new kind of unit, in the form of AShM (anti-ship missile) truck carrier, which are missile artillery units capable of engaging ships over a long distance, from land. 6 of those will be included, split as 3 per alliance.

That’s it! They are now added to your Epic Games account, and you can download and install them anytime after this.

Go Back To > Gaming | Software | Home