Total War: Warhammer and 8 DLCs are FREE to download and own for a limited time!

Find out how to get them FREE, and TELL your friends!

Hundreds of hours of gameplay await you at the dawn of a new era. Total War: WARHAMMER brings to life a world of legendary heroes, towering monsters, flying creatures, storms of magical power and regiments of nightmarish warriors.

Embark on campaigns of conquest as the valiant men of the Empire, the vengeful Dwarfs, the murderous Vampire Counts and the brutal Orcs and Goblins of the Greenskin tribes.

Each Race is wholly different with its own unique characters, campaign mechanics, battlefield units and play style.

Grombrindal, The White Dwarf himself, is a hero from the time of legends; a powerful living symbol of hope and pride for the Dwarfs and, in times of dire need, he may appear in the flesh to help the Dawi through their tribulations.

As a Legendary Lord with unique campaign mechanics, quests, traits and abilities, Grombrindal brings a new gameplay flavour to the Dwarfen campaign experience. 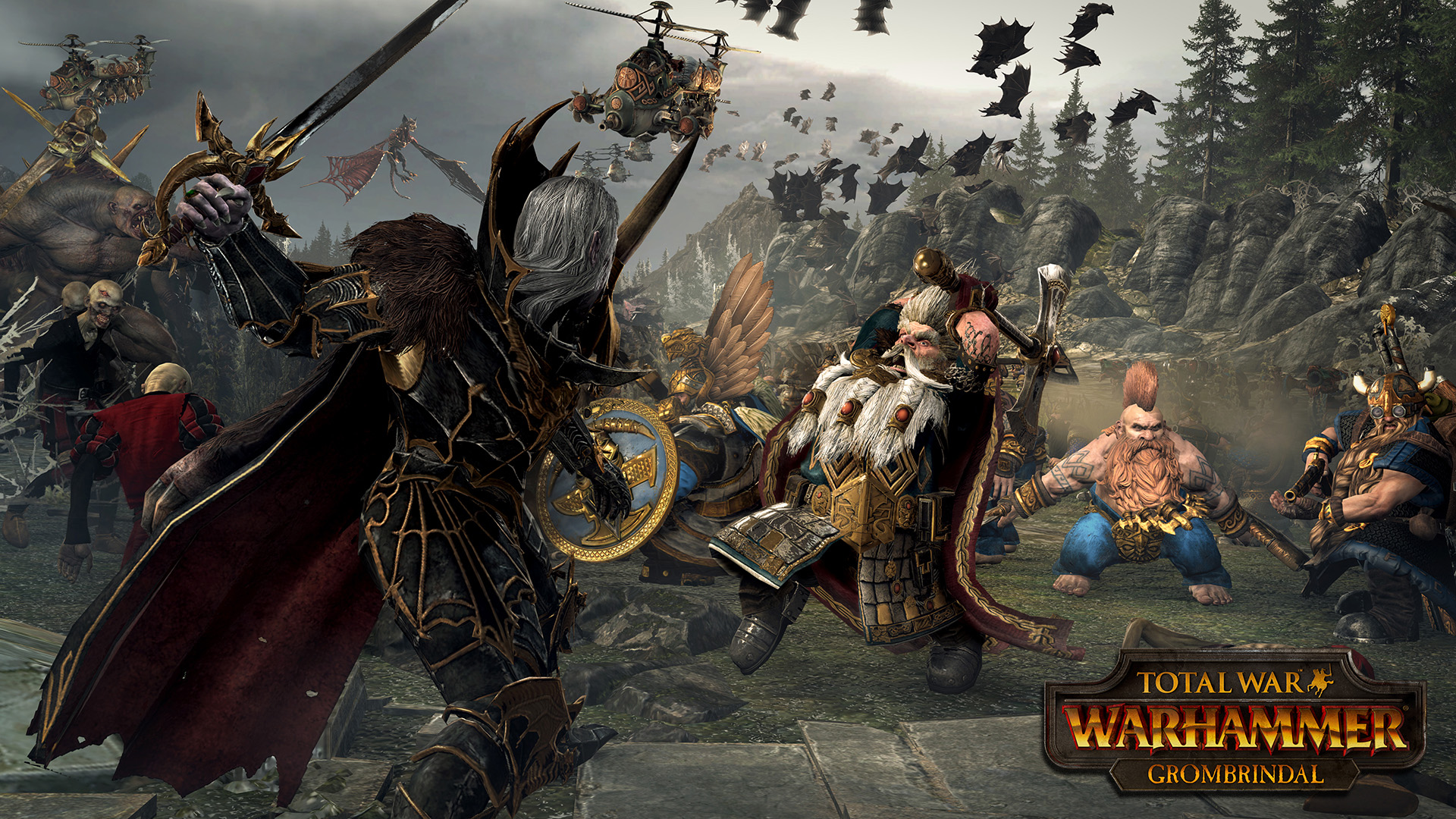 Beginning play with ownership of Western Sylvania, Isabella may now be chosen to command a Grand Campaign as the leader of the Von Carstein family.

The power of other Vampires under her command is magnified by their devotion to her, and if she appears on the battlefield with her betrothed Vlad Von Carstein, their combat abilities are mutually strengthened. 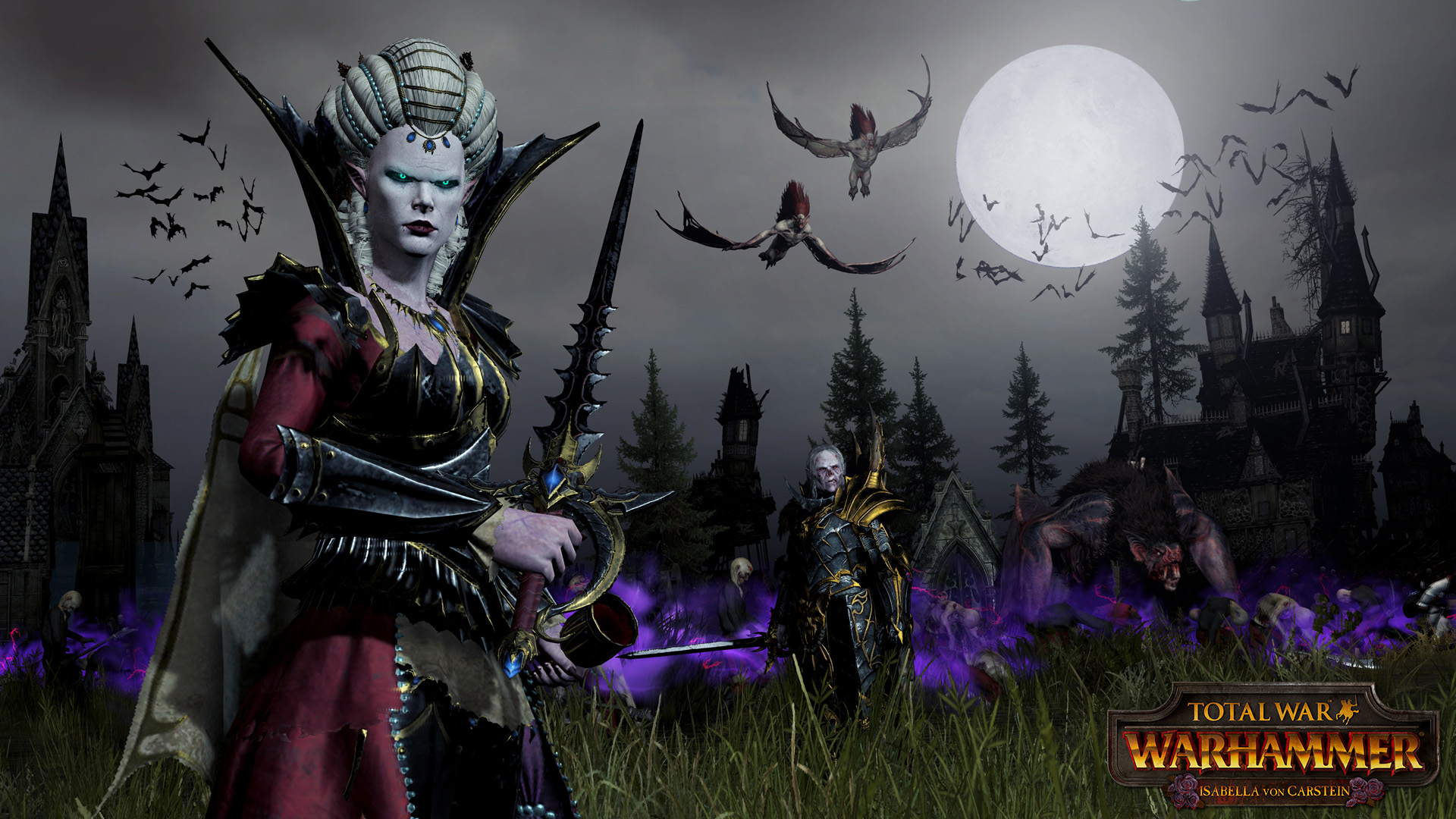 Practitioners of The Jade Order study Ghyran, the Lore of Life. They travel the Empire as healers, offering their services to civilians and armies alike.

Wielding the Lore of Life, the Jade Wizard can cast the following spells: 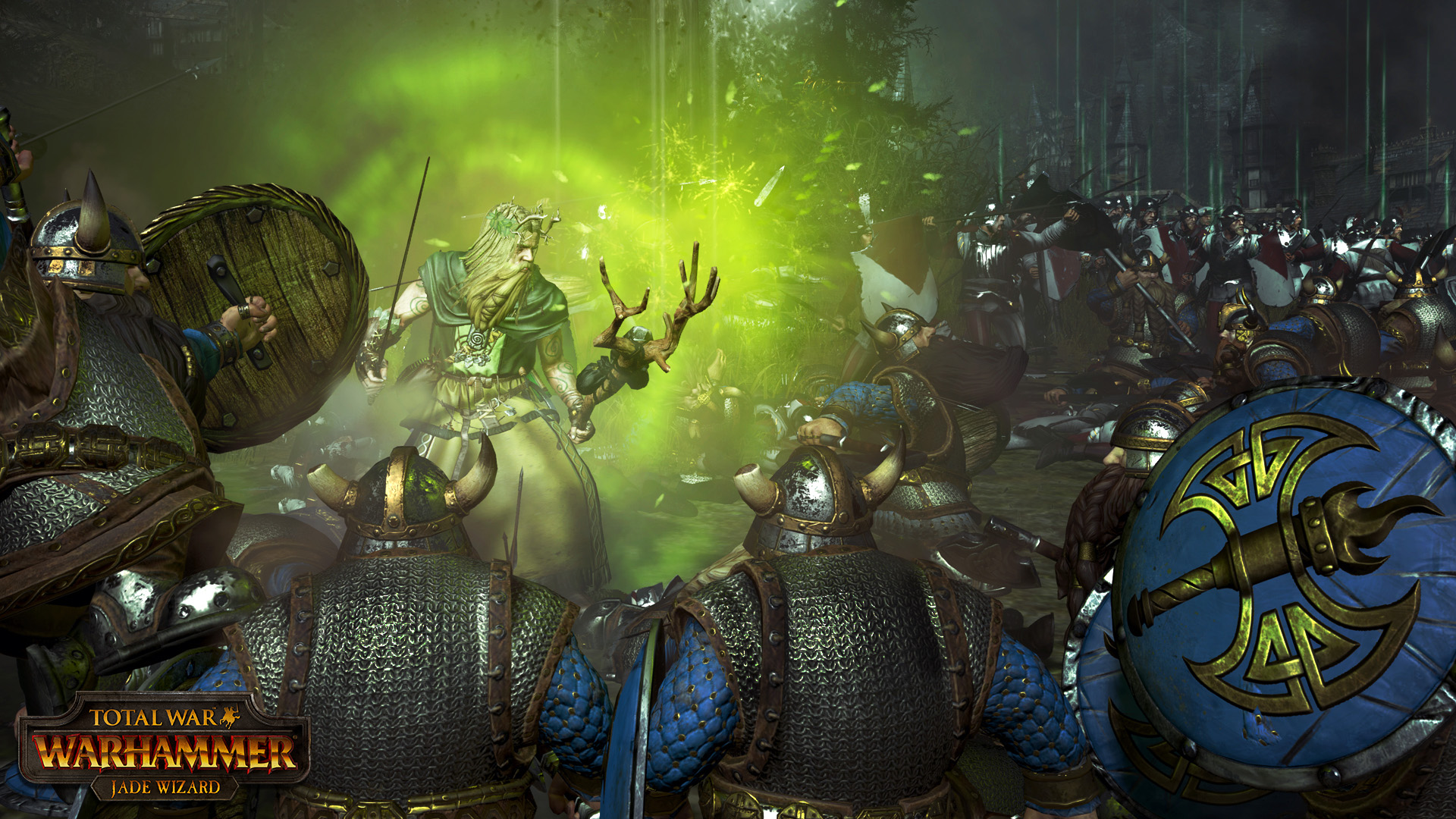 The notion of chivalry is deeply ingrained in Bretonnia’s feudal culture, and performing chivalrous acts is key to a thriving empire.

Bretonnia also features the unique Errantry Wars endgame objective, which pits you against your mortal foes in a cataclysmic battle. 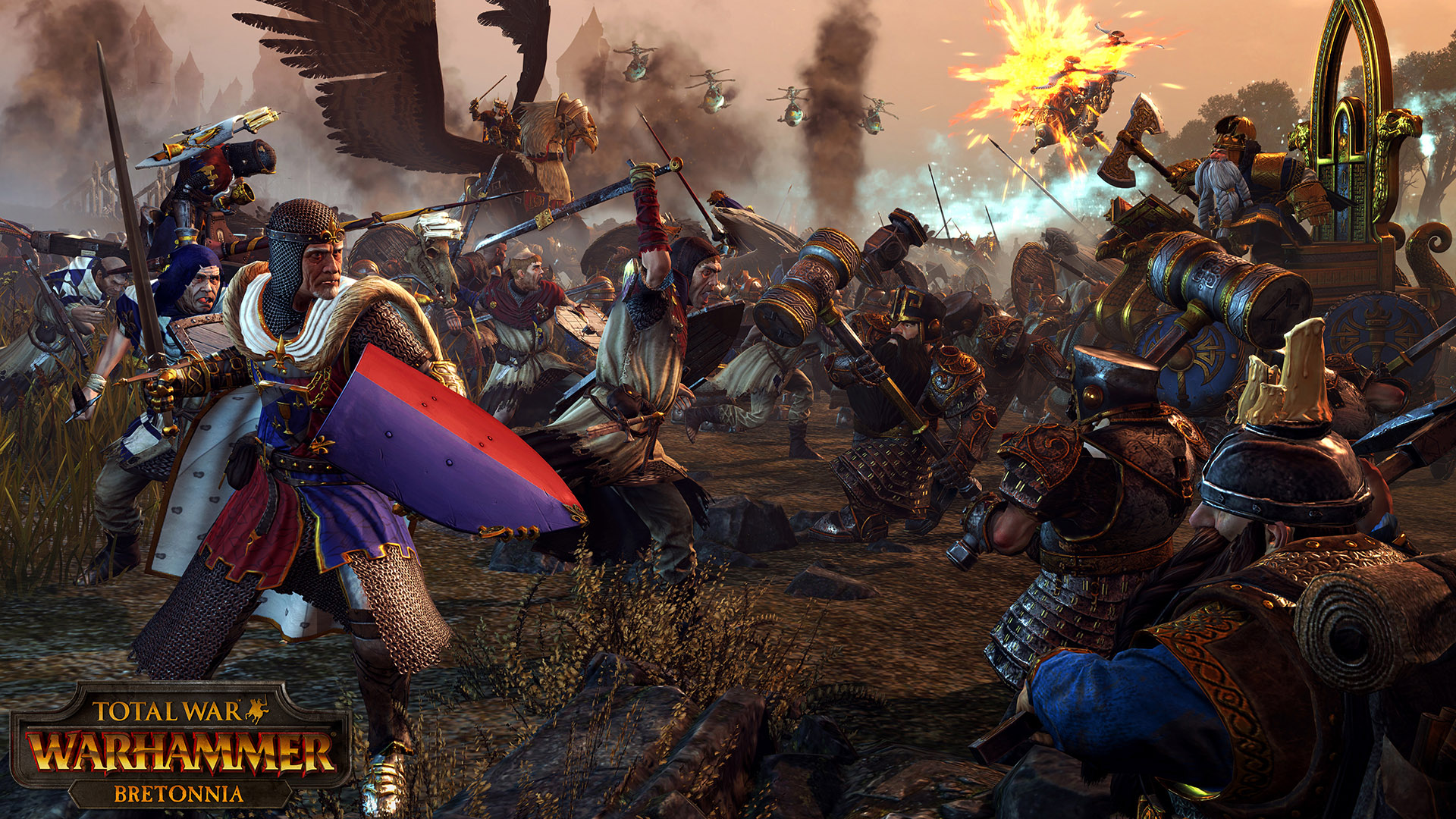 Disciples of the College of The Grey Order, Grey Wizards study Ulgu, The Lore of Shadows. It is an illusive Lore that twists the minds of its targets.

Wielding the Lore of Shadows, Grey Wizards can cast the following spells: 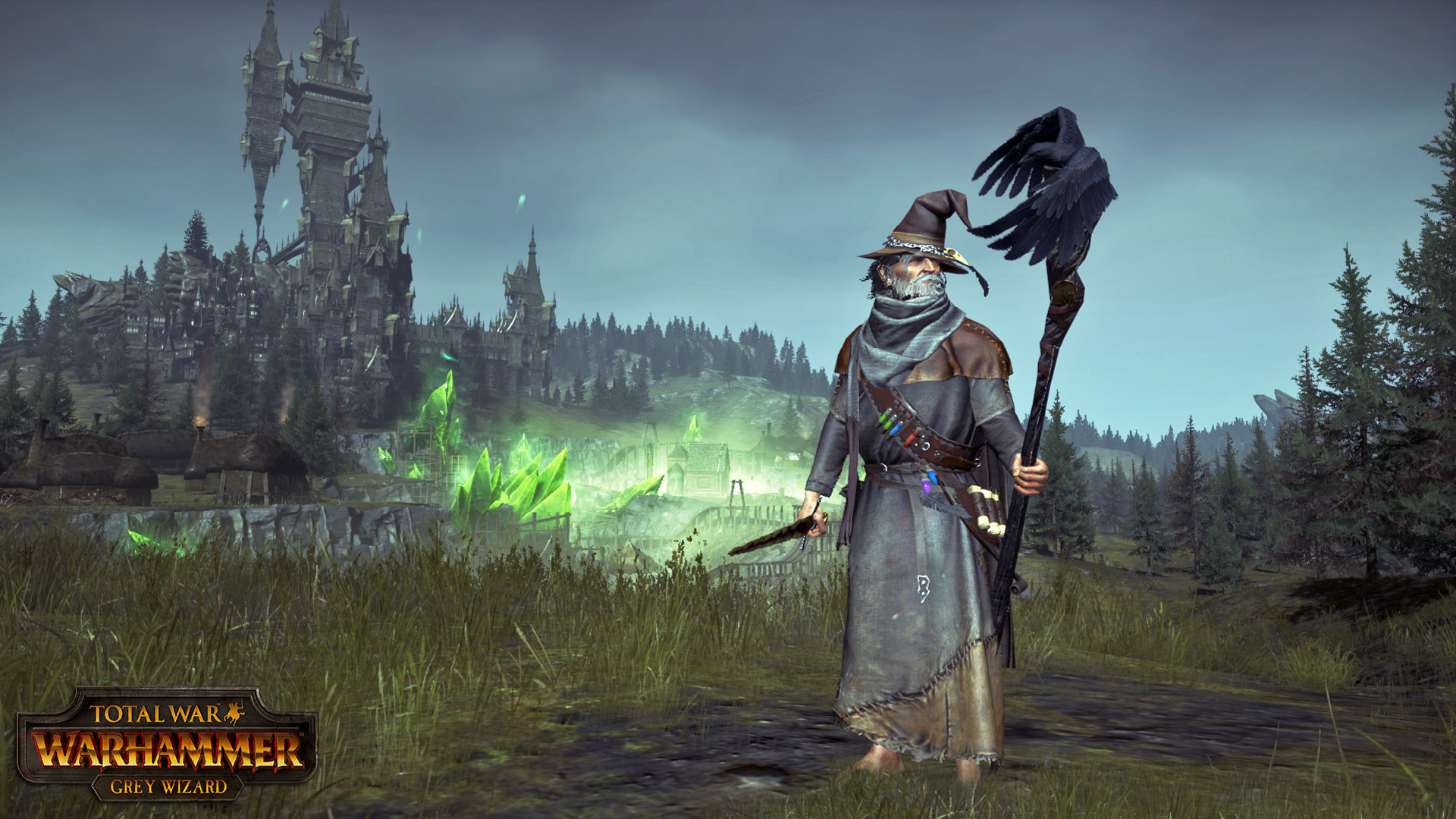 The greatest herald of Gork and Mork, Wurrzag appears in battle as a gyrating lunatic, actively seeking out the heart of the conflict where wizards normally fear to tread. Indeed, when Wurrzag is present, those gifted in the magical arts are advised to steer a wide berth, as magical mishaps are rumoured to befall those nearby!

As a Legendary Lord with unique campaign mechanics, quests, traits and abilities, Wurrzag brings a new gameplay flavour to the Greenskin campaign experience. 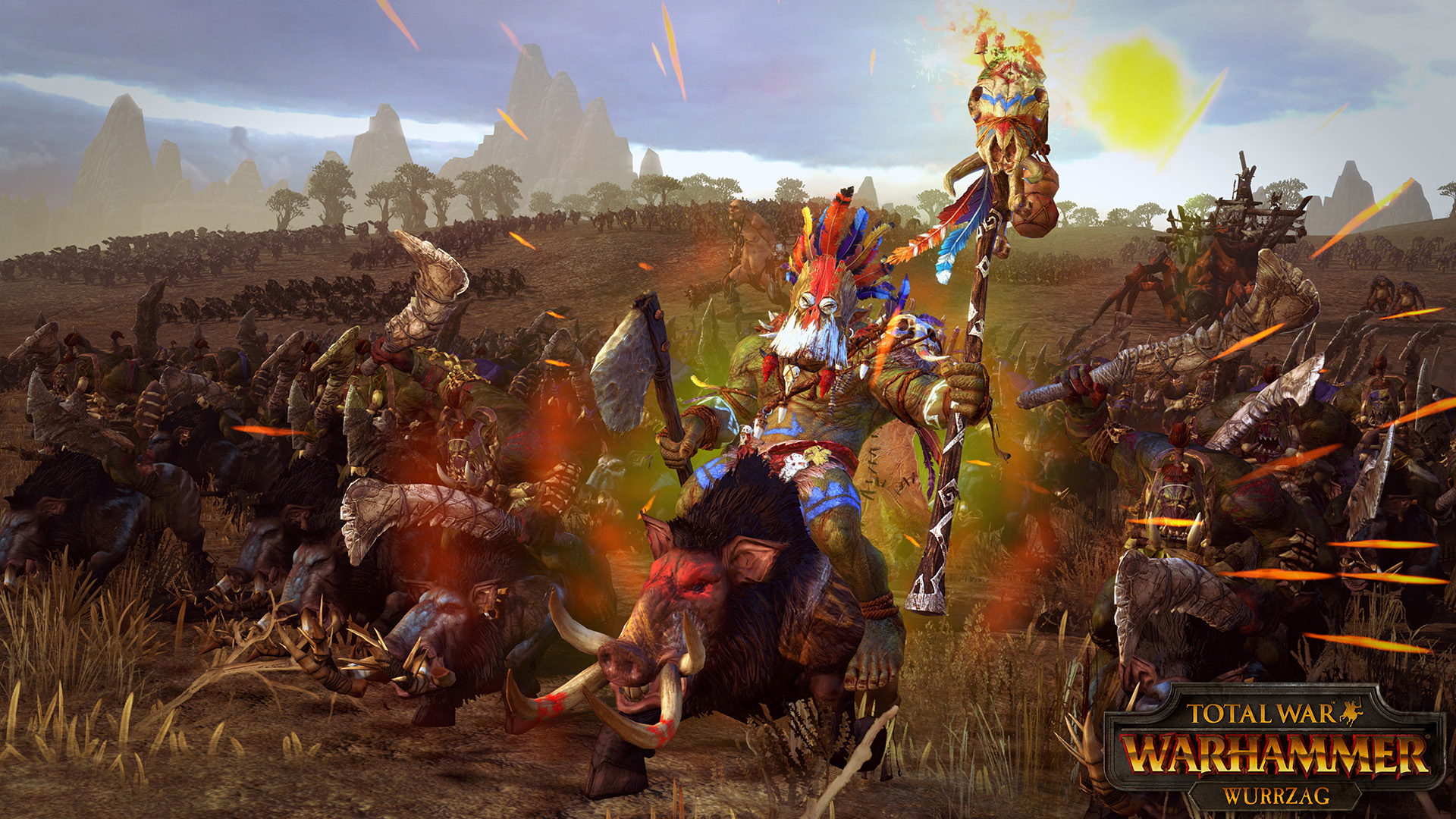 Welcome to the Warhammer Assembly Kit. Refashion your game with these powerful new tools that expand the Total War Assembly Kit to the Epic Store. 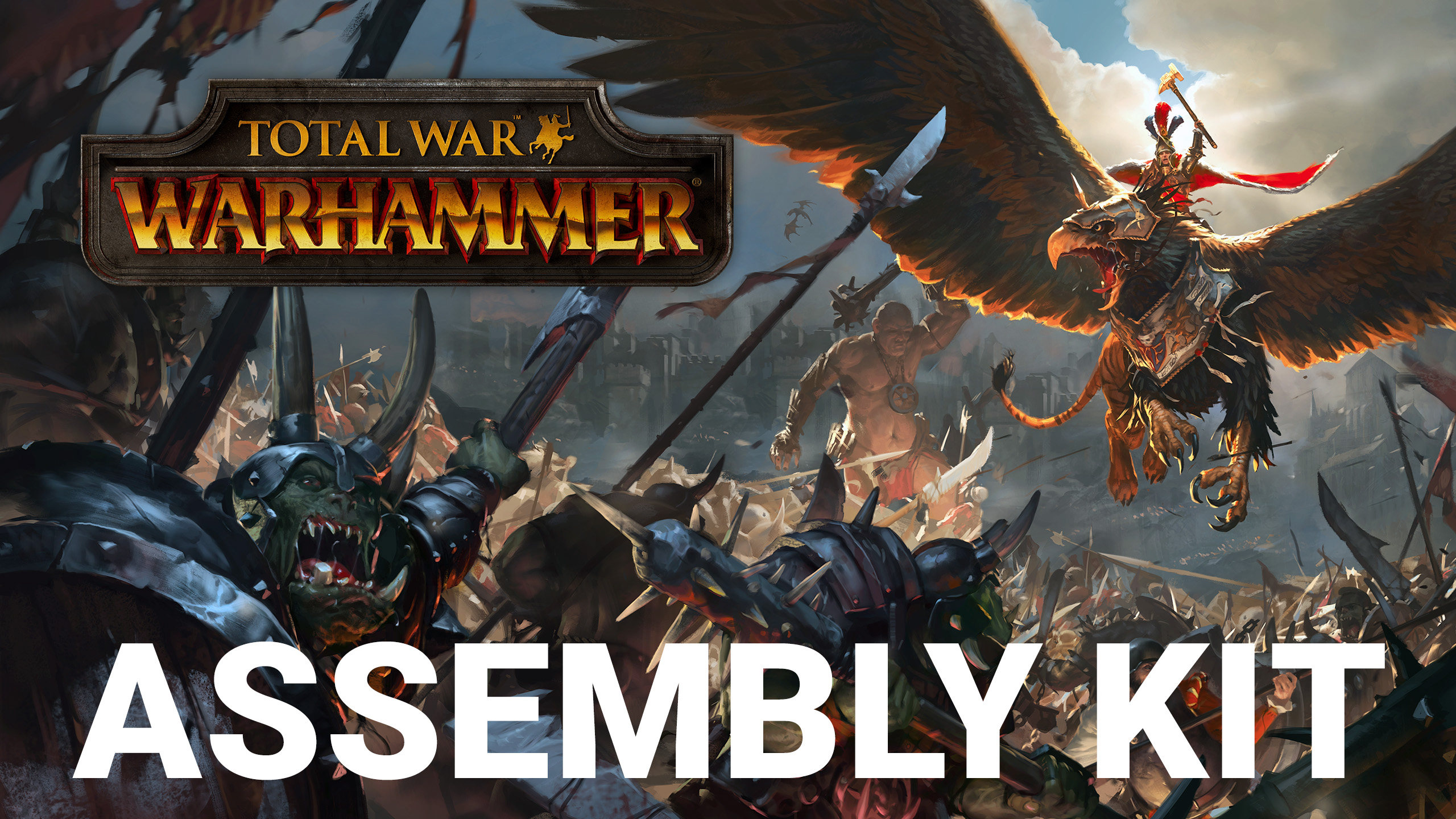 This DLC adds the new regiments of renown to races that previously had none.

That’s it! You now have Total War: Warhammer and all 8 DLCs in your Epic Games account, and you can download and install them anytime after this.

Support my work through a bank transfer /  PayPal / credit card!

Dr. Adrian Wong has been writing about tech and science since 1997, even publishing a book with Prentice Hall called Breaking Through The BIOS Barrier (ISBN 978-0131455368) while in medical school.

He continues to devote countless hours every day writing about tech, medicine and science, in his pursuit of facts in a post-truth world.

Please support us by visiting our sponsors, participating in the Tech ARP Forums, or donating to our fund. Thank you!

Tags:DLCEpic GamesFreeFree gameFree gamesFree softwareFreebieGameGamingPC GamePC GamingSoftwareTotal WarTotal War : WarhammerWarhammer
Previous : City of Brass : How To Get This Game For FREE!
Next : Intel Condemns + Leaves Russia Over Invasion Of Ukraine!