We confirmed that it actually happened, but that it was all a misunderstanding, and Unifi did not block access to the Rainbow Six Siege game servers.

Here is what happened, and how TM Unifi’s response kicked off the whole controversy… 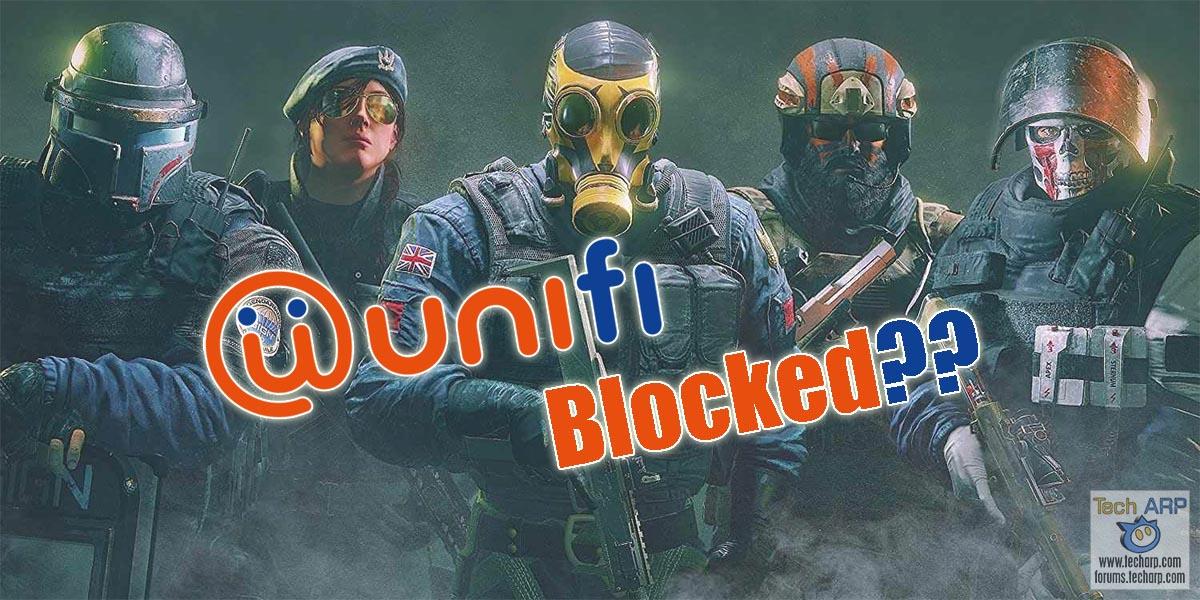 The whole issue started when Ahmad Asyraf asked the official Unifi support account on Twitter (@helpmeunifi) to check why he was unable to connect to the Rainbow Six Siege game servers on Unifi.

Shockingly, he was told that “TM will block if the games involve inappropriate content such as violent, gaming, scam, etc.” 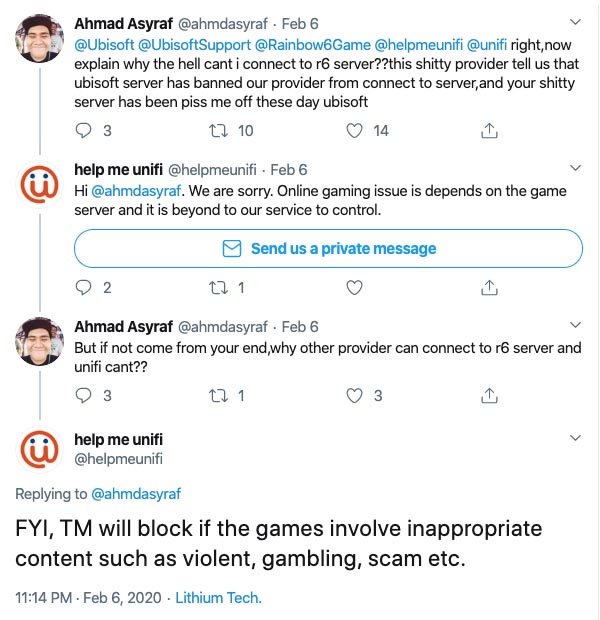 We got in touch with a Unifi Chat staff to clarify this, and she confirmed that the @helpmeunifi statement was correct. 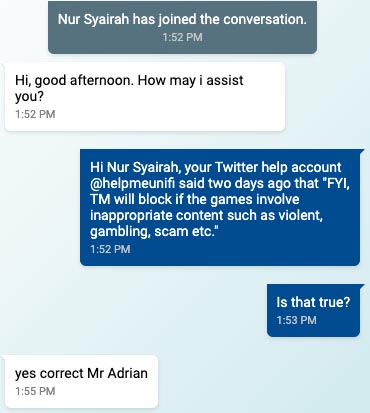 It would have been easy to stop there, and start lambasting Unifi for such a policy. After all, the Malaysian government is promoting esports involving FPS games like Rainbow Six Siege!

But for us, their statements appear to be boilerplate replies by frontline staff members who have no idea if this is actually a technical issue, or a policy decision.

No, TM Unifi Did Not Block Access To Game Servers

So we wrote to TM by email, asking them to clarify why Unifi users are unable to access Rainbow Six Siege game servers.

If it was a technical issue, what was the problem, and when will Unifi be able to restore access?

And if it was a policy issue, we wanted to know how TM came to that decision to block access to the Rainbow Six Siege game servers on Unifi, and if that was a directive by the MCMC (Malaysian Communications and Multimedia Commission).

This was their replies to us in two separate emails (edited for clarity) :

We are not restricting access to Ubisoft game servers. We are currently working on the issue with Ubisoft.

Our 2nd Level team is already aware of this issue, and are in the midst of investigating the cause. We cannot give you a restoration time frame, and sincerely apologise for any inconvenience caused.

So, there you have it, everyone. Confirmation that TM did not actually block access to the Rainbow Six Siege game servers, or any game server for the matter.

However, that is not the case with this sudden loss of connectivity to Ubisoft servers. And even more unfortunately, they cannot give anyone an idea of when they can restore connectivity…