Find out what NVIDIA Reflex is all about, and how it reduces system latency in these games!

NVIDIA Reflex : What Is It?

NVIDIA describes Reflex as “a revolutionary suite of GPU, G-SYNC display and software technologies” that measure and reduce system latency.

System latency is basically the click-to-display latency – the delay between a key press or a mouse click to the actual action appearing on the display.

It is important for competitive e-sports gamers, because high system latency can impact their performance : 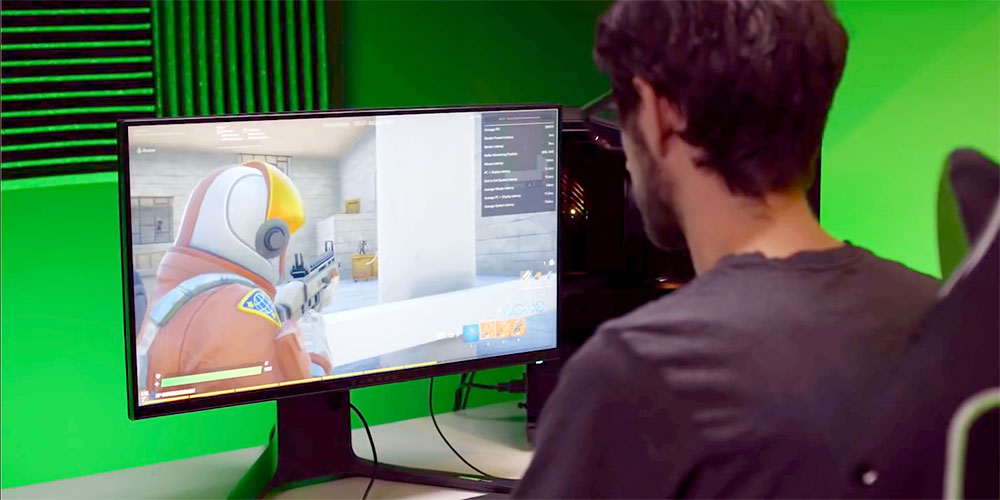 NVIDIA Reflex : How Does It Reduce System Latency?

A careful reading will reveal that the key to this technology is the NVIDIA Reflex SDK – a new set of APIs for game developers.

The NVIDIA Reflex Latency Analyzer, which is being integrated into the new 360 Hz G-SYNC Esports monitors, is only eye-candy, and not necessary for Reflex Low Latency Mode to work.

Once integrated into a game, the Reflex Low Latency Mode adjusts the game engine work to complete “just in time” for rendering. This eliminates the GPU render queue, and reduces CPU back pressure.

Like NVIDIA Ultra Low Latency (NULL) mode, Reflex prevents the CPU from processing faster than the GPU, eliminating extra frames from being queued up for rendering, which would normally increase render latency.

The difference really is this – by integrating with the game, the NVIDIA graphics driver can control the amount of back pressure the CPU receives from the render queue and other later stages of the pipeline.

This makes NVIDIA Reflex superior to NULL, but only with games that integrate the SDK.

NVIDIA Reflex : How Much System Latency Does It Reduce?

This NVIDIA chart shows the amount of system latency that Reflex shaves off in the first four games to support it.

The biggest improvement was seen with Destiny 2 and Fornite – system latency was down by about ⅓.

System latency was down by 22% in Apex Legends, and 18% in Valorant. 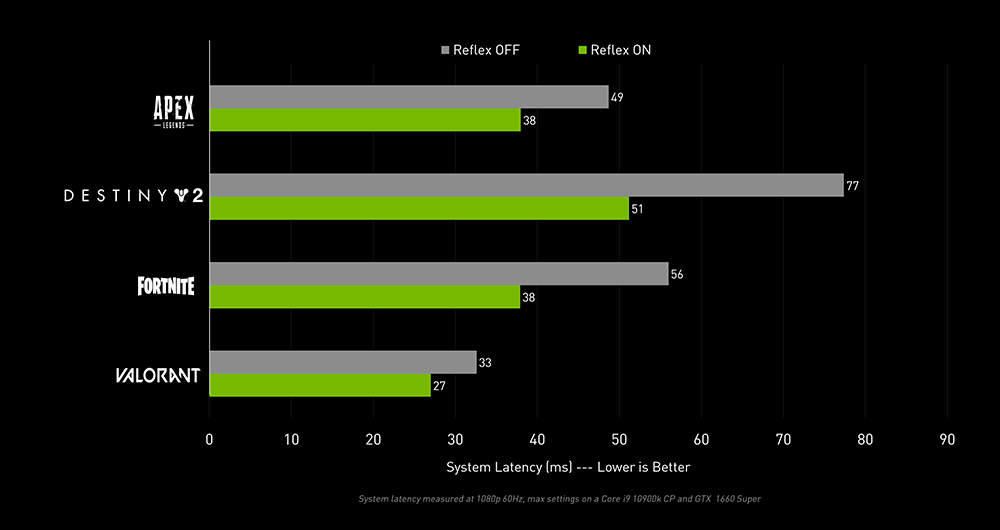 It is currently supported on these games :

There is really nothing much to set for NVIDIA Reflex. Games that support it will enable it by default, if it detects the presence of a compatible NVIDIA graphics card.

The latest GeForce Experience also comes with an automatic performance tuning option, that will turn on low latency options for supported games. 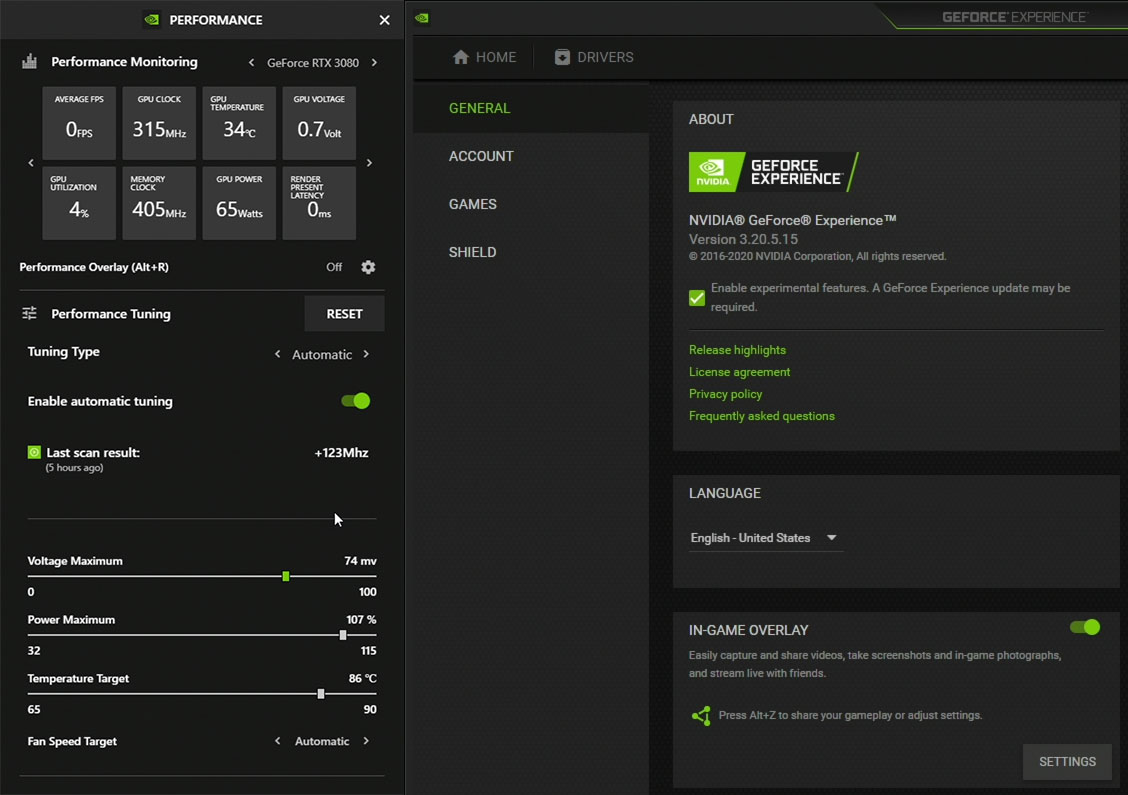 NVIDIA Ultra Low Latency mode is still there, to support games that do not support Reflex.

It is recommended that you enable NULL by selecting the Ultra option. Reflex Low Latency mode will automatically take priority over NULL in games that support it. 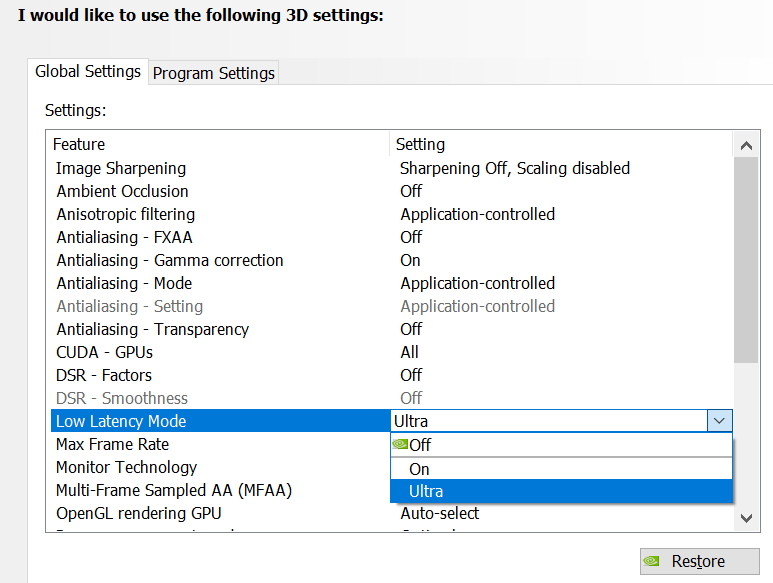 There is, however, a “hack” of sorts for those who want to squeeze every last microsecond of latency out of the pipeline.

The NVIDIA Control Panel has a Power Management Mode option that defaults to Adaptive, allowing the GPU to clock down and save power when the load isn’t high.

You can set this to Prefer Maximum Performance, to override the power saving feature. This forces the GPU to always run at the higher clocks, reducing latency in CPU-bound instances at the expense of higher power consumption. 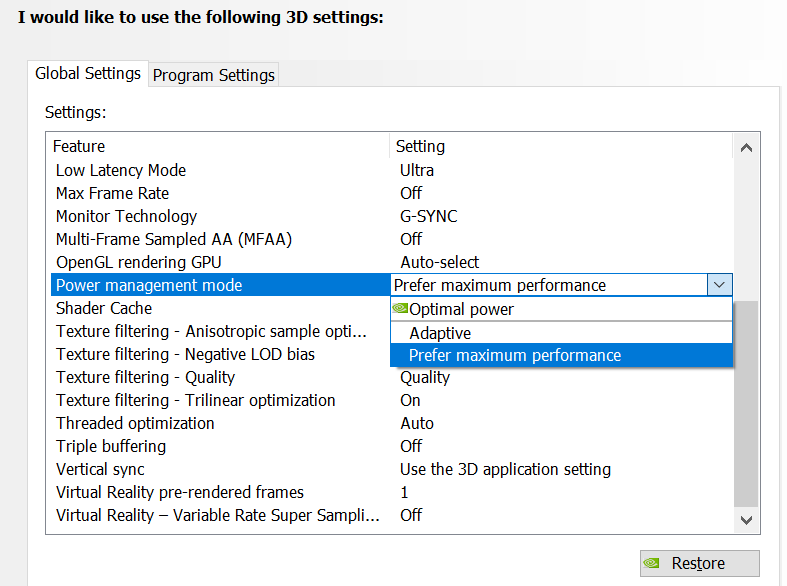