Four Kings One War – the chess-inspired strategy game – and its virtual reality DLC are FREE for a limited time!

If you missed this, well, next time join the Tech ARP Facebook page to get these updates quickly!

Four Kings One War is a 1 or 2 player strategy game inspired by chess where each player controls two armies as though they were one and get’s two moves per turn.

Although its DNA may be based on the classic strategy game of Chess, it’s unlike anything you’ve experienced.

With an exponential increase in the number of attacking and defensive positions, a range of new strategic opportunities are offered such as hidden attacks and guerrilla style tactics. 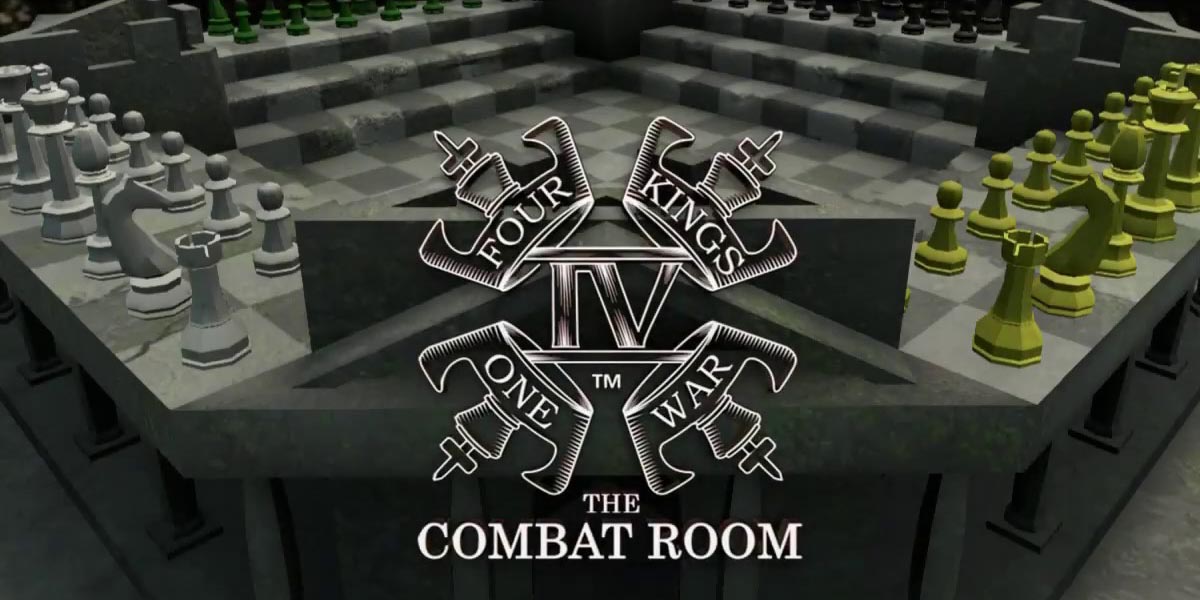 This is a turn based, single or multiplayer strategy game designed for PC and Mac.

With a variety of environments to choose from you can do battle deep in a native New Zealand bush where the battle arena is the size of a house and the pieces as tall as an average person.

Or you may choose to do battle on the smaller combat arena nestled next to a spectacular waterfall or in the underground abyss.

Users can go to the glow worm cave to watch replays of their games, hone their skills and watch strategy videos.

Four Kings One War will give you a mind blowing experience both in game play and environments. Experience the atmosphere of a native New Zealand forest including the beautiful native bird song to help you concentrate.

If you are someone who wants to make their mark as a true strategist and put your abilities against other strategists from around the world or simply test your skills against the single player AI. If you are looking for a next level strategy game that is designed for the modern mind then Four Kings One War is for you.

The virtual reality (VR) DLC is compatible with both PC and Mac, but requires either a HTC Vive or Oculus Rift.

Four Kings One War + VR DLC : How To Get Them FREE!

Follow these steps to get Four Kings One War and its virtual reality DLC for FREE, but make sure you do this before 19 May at 3:00 PM :

That’s it! Four Kings One War and its virtual reality DLC are now part of your Steam account!