Windows gaming on the ARM-based Apple M1 is possible!

Apple M1 Gaming : Watch It Run The Witcher 3 On CrossOver 20!

Here was their recorded gameplay of The Witcher 3 at the 1080p resolution, with the Medium graphics and post-processing presets, and VSync enabled.

They could not get the FPS counter to work, but it looks smooth and very playable, albeit with some visual artefacts.

Basically – Apple M1 gaming is not only possible, it is possible to play Windows games!

That quick gameplay showcase of The Witcher 3 shows that Windows gaming is possible on the Apple M1.

The ability to run The Witcher 3 on CrossOver 20, and at such playable frame rates, is important for two reasons.

The Witcher 3 is a 64-bit Windows-only game, so you wouldn’t expect it to run well on the ARM-based Apple M1, right?

Yet it not only worked, it ran pretty well on the Apple M1! 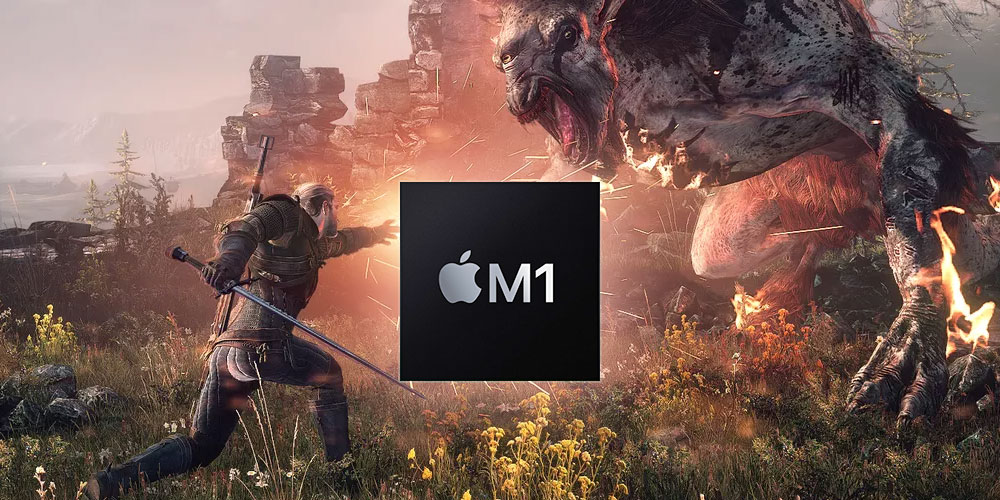 While AppleGamers was not able to obtain a frame rate, The Witcher 3 appears to run pretty well at the 1080p resolution.

That shows that the Apple M1’s integrated 8-core GPU is fast, and will have no problem handling native ARM games at 1080p, and likely 1440p as well.

The Apple M1 is the first ARM-based SoC (System on a Chip) designed by Apple for use in Mac computers.

Packing 16 billion transistors, it is the first chip to be manufactured on the new 5 nm TSMC process technology.

As the M1 is based on the ARM architecture, you can natively run iPhone and iPad apps on it. However, existing macOS apps will have to be ported over, or translated on-the-fly using Rosetta 2.

It is currently available in these Apple Mac computers :

Go Back To > Gaming | Computer | Home