The year-end and new year holiday season is upon us! From now until the first few days of 2016, the Internet will be replete with a ton of offers and freebies to celebrate the end of 2015, and a new start to 2016.

Here at Tech ARP, we will be posting some of the best offers and freebies, so check back often! In the meantime, enjoy this freebie – Pixelmator for Mac!

Pixelmator for Mac is a full-featured photo editor for the Mac. It lets you enhance and touch up photos, sketch, draw and paint, add text and shapes, apply dazzling effects, and more. It retails for US$29.99, but you can now download, own and use Pixelmator for FREE! 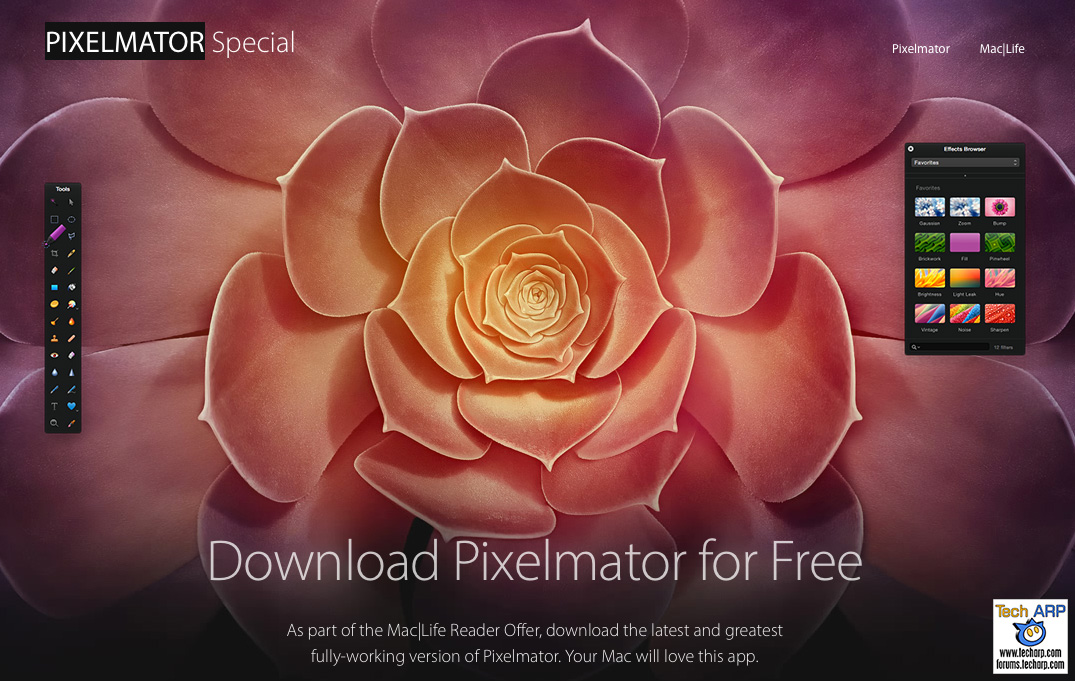 All you have to go to this special Pixelmator landing page and answer a single question based on this free issue of the Mac|Life magazine. Here are a few cheat questions and answers for those of you who are too lazy to even make the effort :

Whether you use the spoilers above or not, we strongly suggest you pay Mac|Life back by downloading their free issue.

The Pixelmator Offer Has Been Suspended

Sadly, Pixelmator has suspended the offer, probably due to the overwhelming response. However, since they did not tie the Pixelmator offer to the Apple Store (it came in the form of a ZIP file download), you will have no problem getting a copy of it from those who managed to download it earlier, or from peer-to-peer sharing networks.

Not to worry though. We have just announced the Creatable + MacPhun Design Freebie Bundle! Go download it right now!