Kuala Lumpur, 16 Dec 2015 – LEAGOO had officially opened their first flagship store in Malaysia, located at Plaza Low Yat second floor. This flagship store will function as the retail for their line of smartphones and accessories, as well as a collection point and after sales service. LEAGOO is fairly new to the Malaysian smartphone market and they are currently focusing on the entry to mid level smartphone market around RM69 – RM999 price range. In conjunction with the opening of the flagship store, the Business Development Manager of LEAGOO, Yiau Chee How has also revealed their plans to open more flagship store across all major cities in Malaysia. On top of that, LEAGOO will be opening their new headquarters in Shah Alam soon in February 2016. LEAGOO also plans to reveal their new flagship smartphone series in the first quarter of 2016, they have not finalized the name for the series yet. 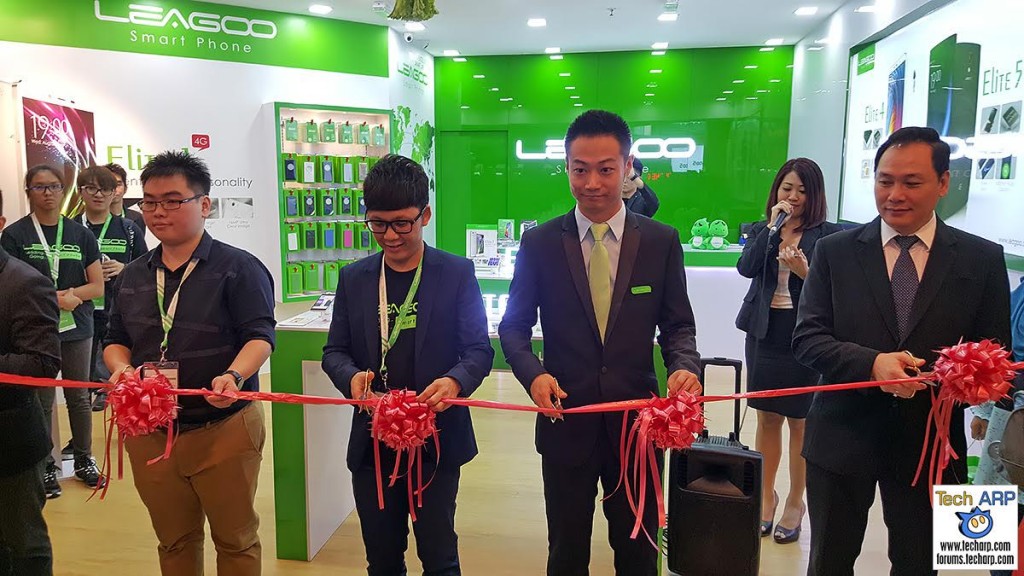 In terms of new product, LEAGOO also showcased their latest Alfa 8 and Alfa 6 smartphones, aimed at the entry level market. Alfa 8 retails for RM269, while the Alfa 6 retails for RM319. The Alfa 8 is powered by 1.3 GHz quad core processor, 4.0″ IPS screen, 1800 mAh battery, 1 GB of memory, 8 GB of internal storage and 5MP camera. The Alfa 6 has mostly similar specifications, except it has smaller 1600 mAh battery, bigger 4.5″ IPS screen. Both the Alfa 8 and Alfa 6 supports dual SIM.

After the the flagship store opening ceremony was completed, the first 100 lucky customers are eligible to purchase any device or accessory for RM9.90 from their store. Below is the lucky first customer who got his hands on their current flagship smartphone Elite 1 for just RM9.90. (Elite 1 retails at RM999)