Fans of Hatsune Miku rejoice! The Hatsune Miku Expo 2017 will be hosted here in Malaysia on 16 December 2017! Astro just announced their partnership with Crypton Future Media to bring this one-night-only concert to Malaysia, and here are the details! 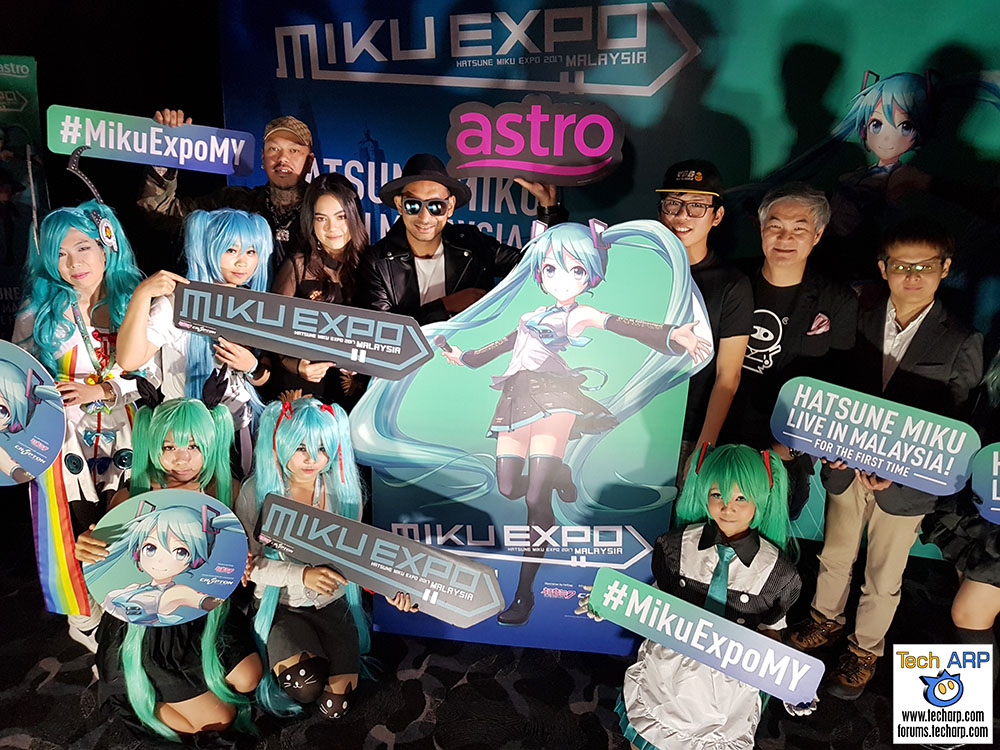 Hatsune Miku is a Japanese virtual idol with over 2.5 million fans. She has even collaborated with Pharrell Williams and Lady Gaga! Kimitaka Nishio (CEO Office Manager of Crypton Future Media) explains her rise to Internet stardom :

The Hatsune Miku Expo 2017 was first announced at the Hatsune Miku event “Magical Mirai 2017” on 31 August 2017, coinciding with her 10th anniversary celebration in Japan.

On the concert day, fans can expect official merchandise booths, cosplayers, and other fun activities at the venue before Hatsune Miku takes the centre stage. In addition, YouTube sensation, Chaleeda Gilbert and Malaysian superstar, Zizan Razak will open the concert for Hatsune Miku.

The Hatsune Miku Expo 2017 will be held at the Axiata Arena Bukit Jalil on 16 December 2017 at 8 PM. The ticket prices (excluding ticket fee and 6% GST) are as follows :

Ticket sales will commence on Sunday, 8 October at 10 AM online through www.myticket.asia. 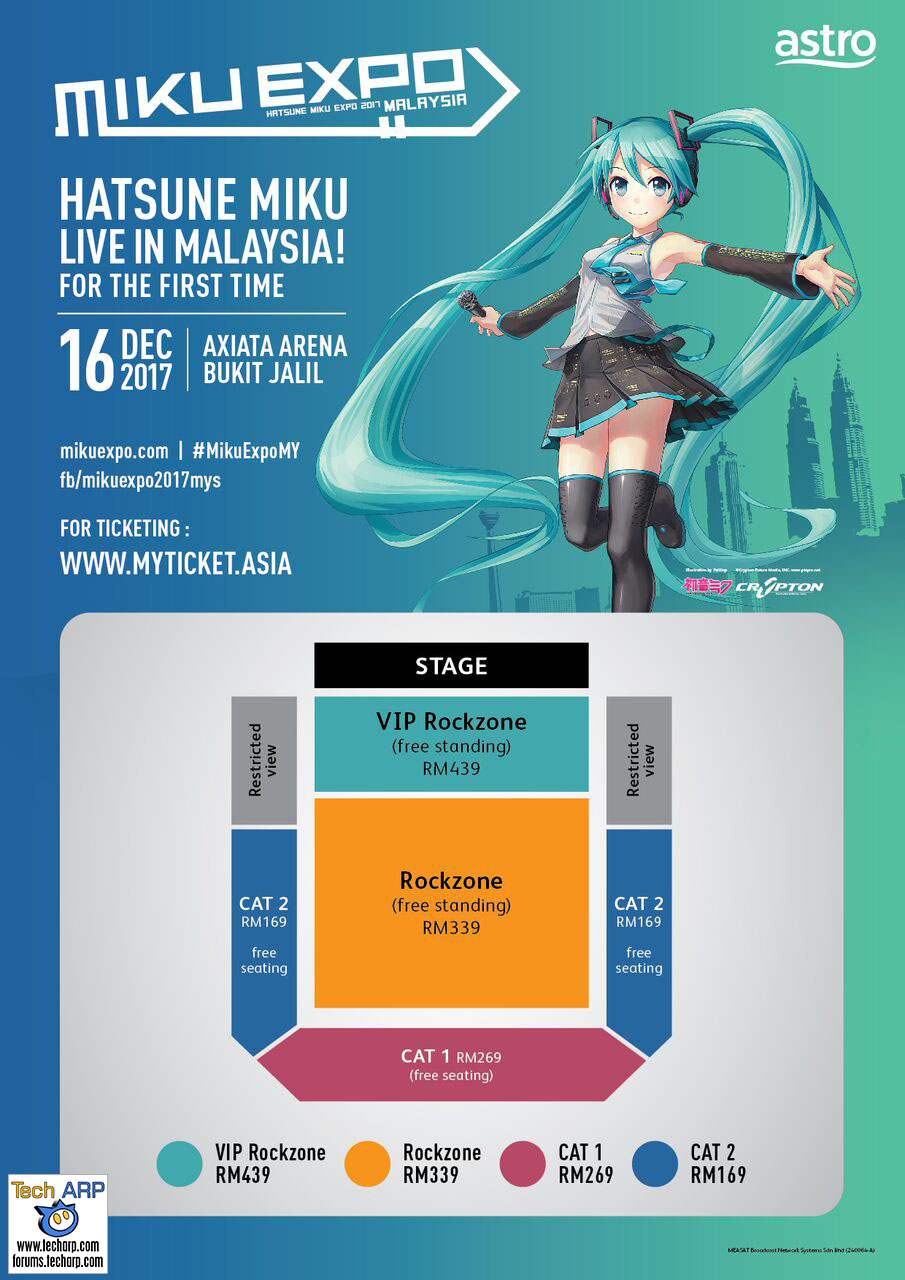