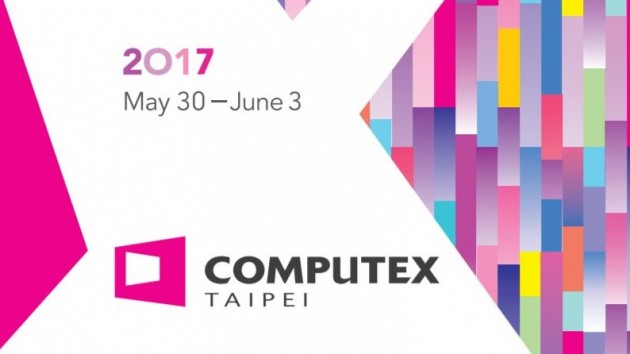 This article will be updated live with pictures and details as and when they come in. Videos will be inserted at the end of every night, as they take time to process and upload.

The first day of Computex 2017 is the busiest day of the event. We are scheduled for back-to-back major events from morning until evening!

Catch our full coverage and the complete video of this keynote here! 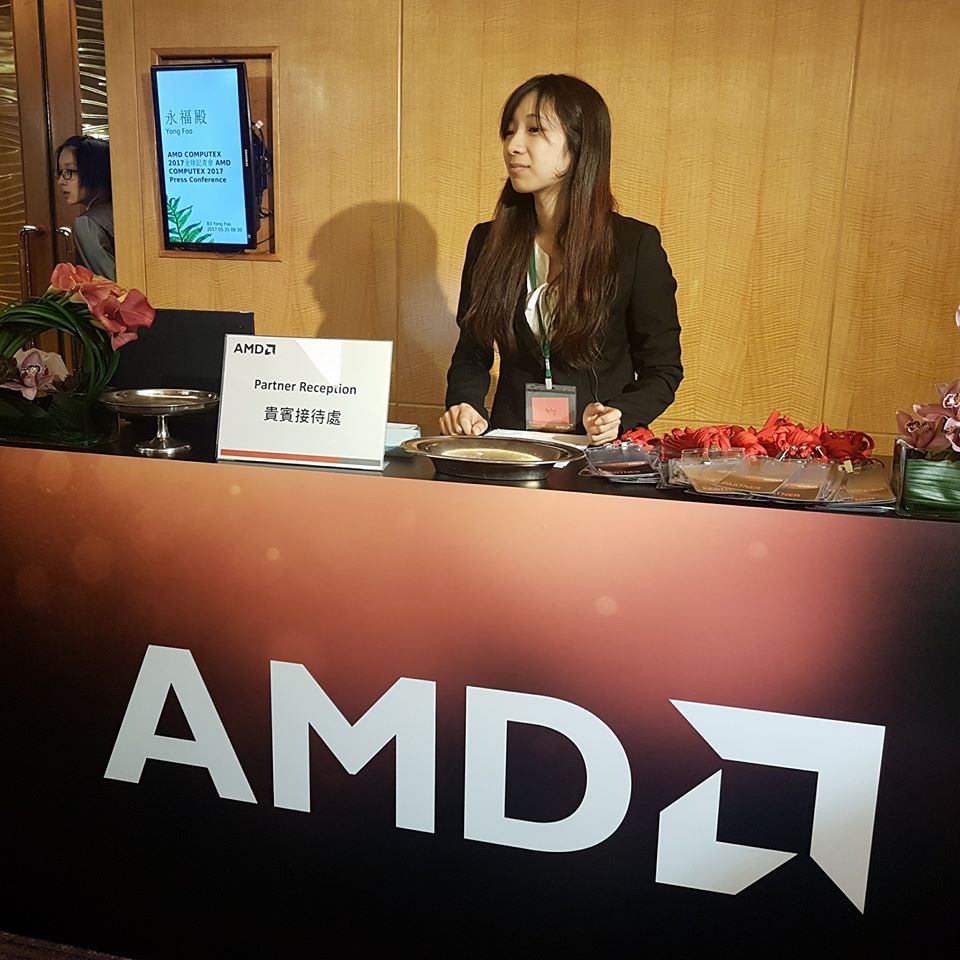 We Asians are always trying to get the front seats… with everyone else! 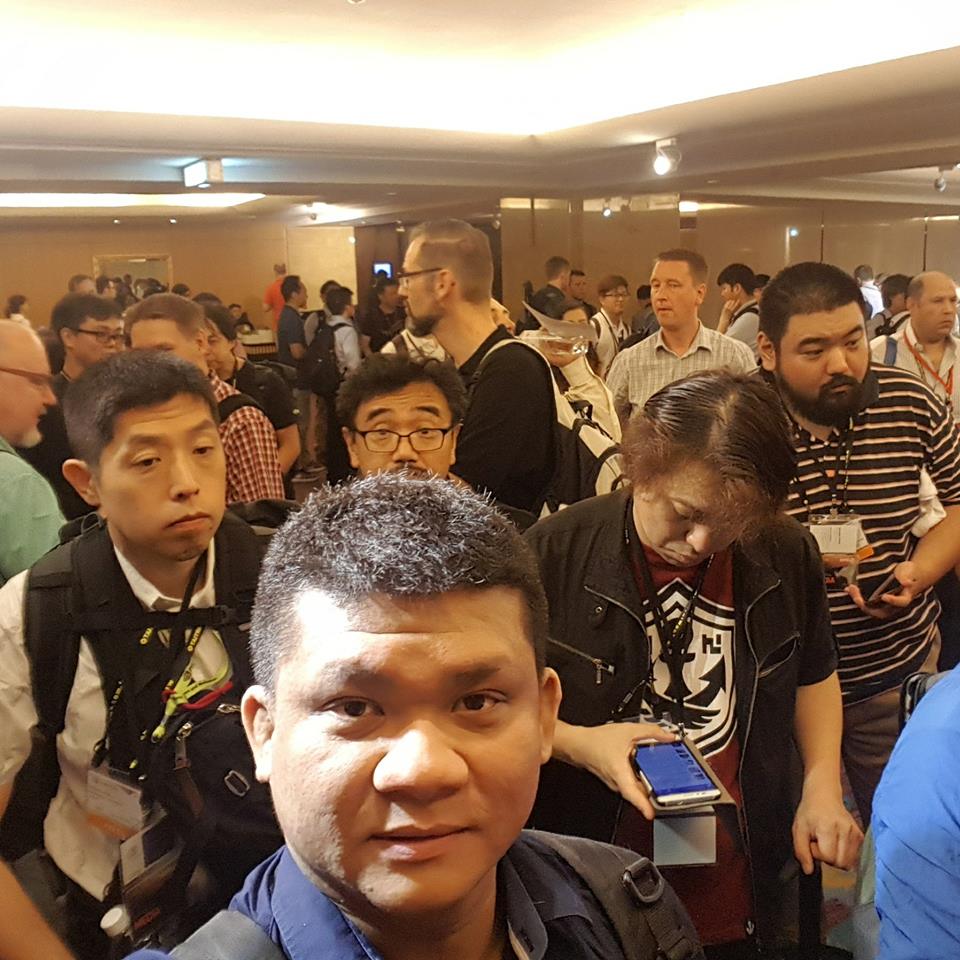 The AMD Computex 2017 Press Conference is about to begin! 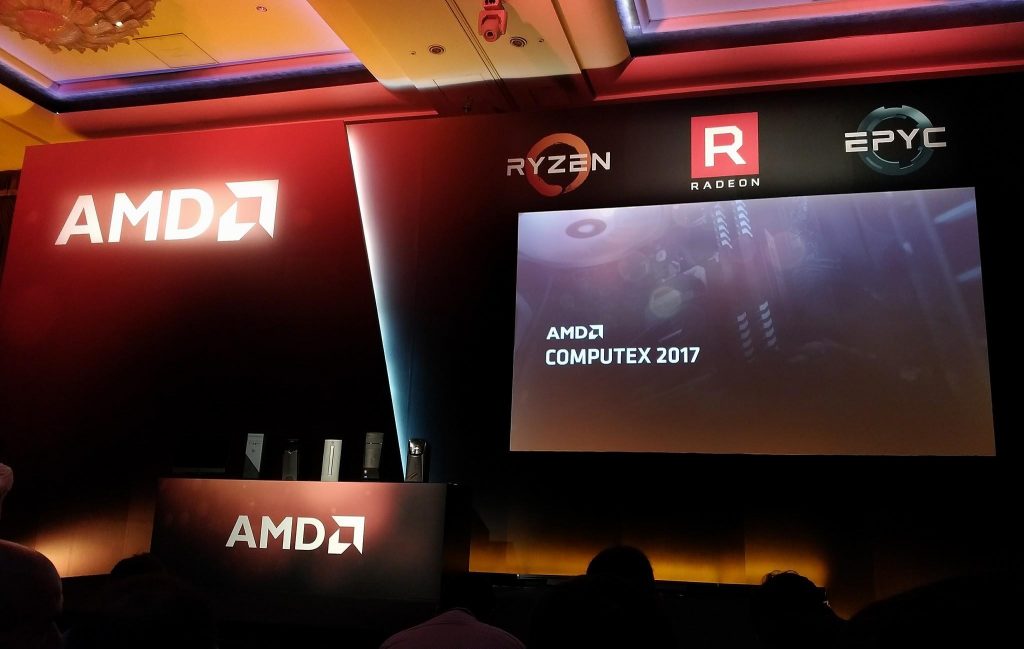 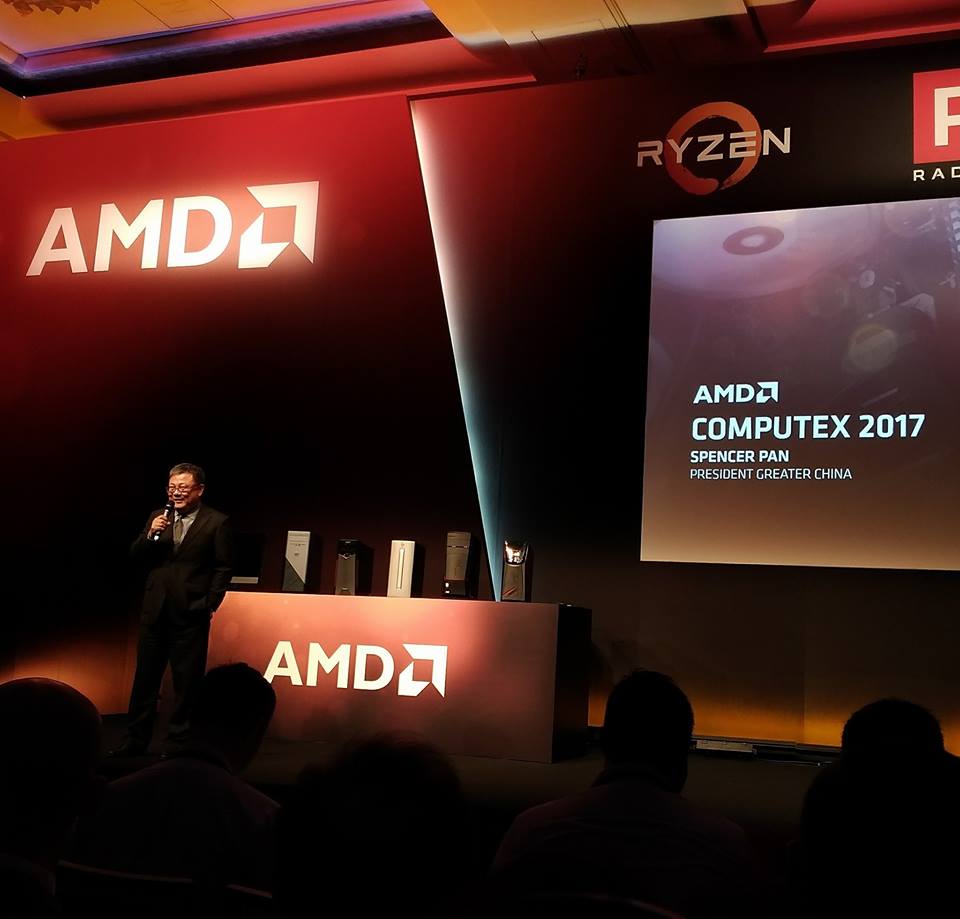 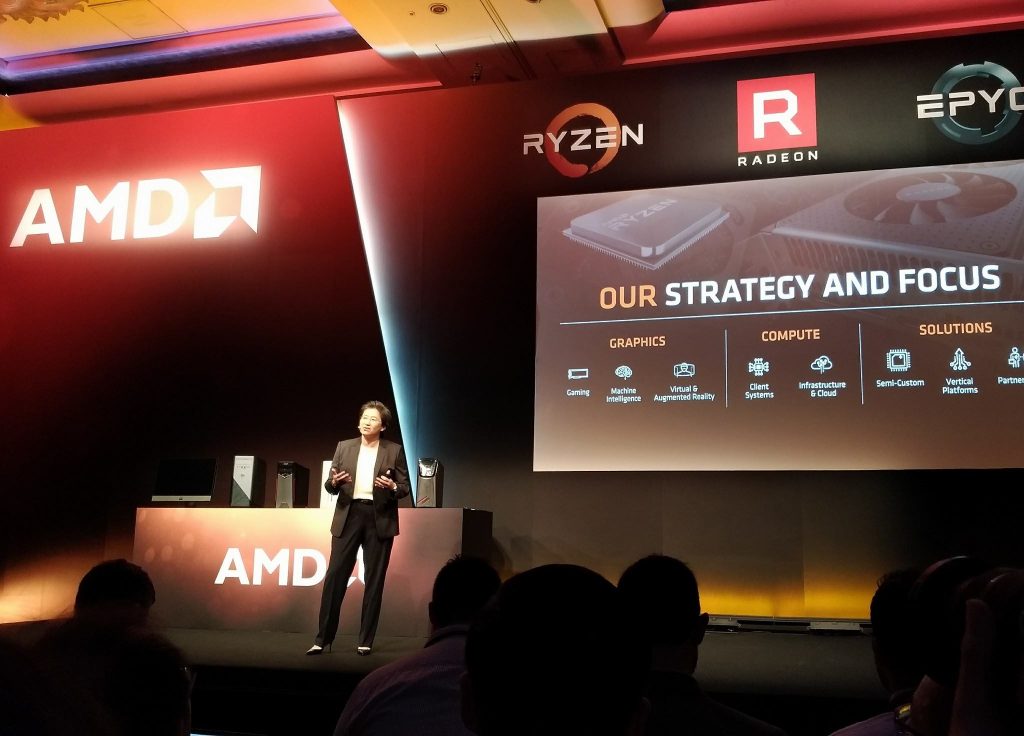 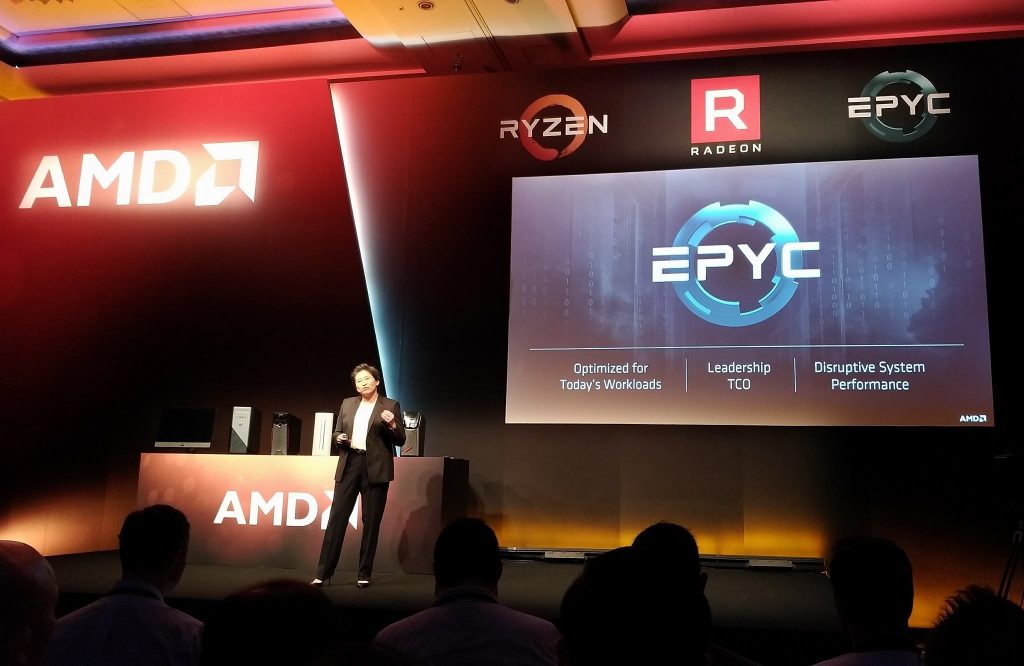 The AMD EPYC processor will deliver leadership in the 2 socket market with 45% more cores, 122% more memory bandwidth and 60% more I/O. 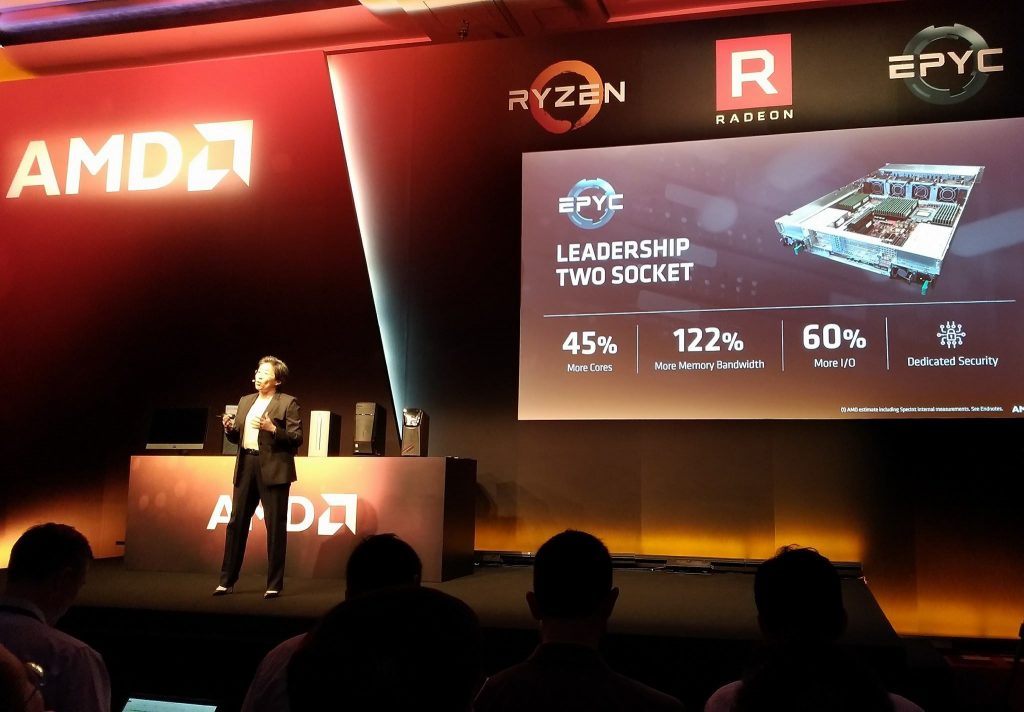 Here are some benchmarks of the AMD EPYC processor in 1 socket and 2 socket configurations. 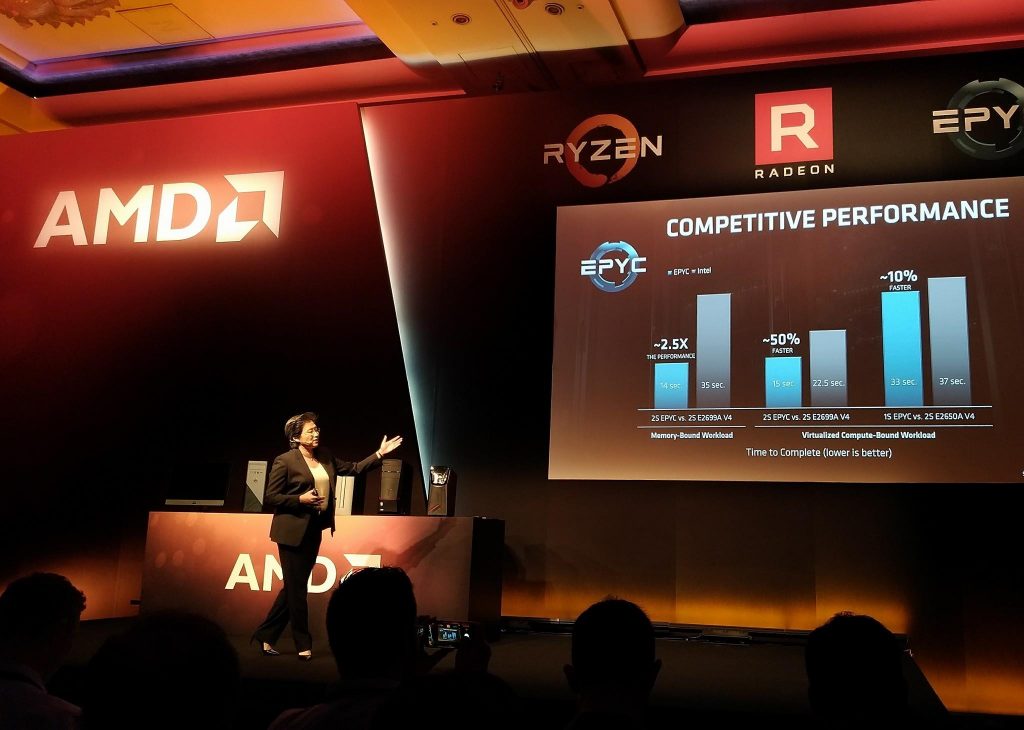 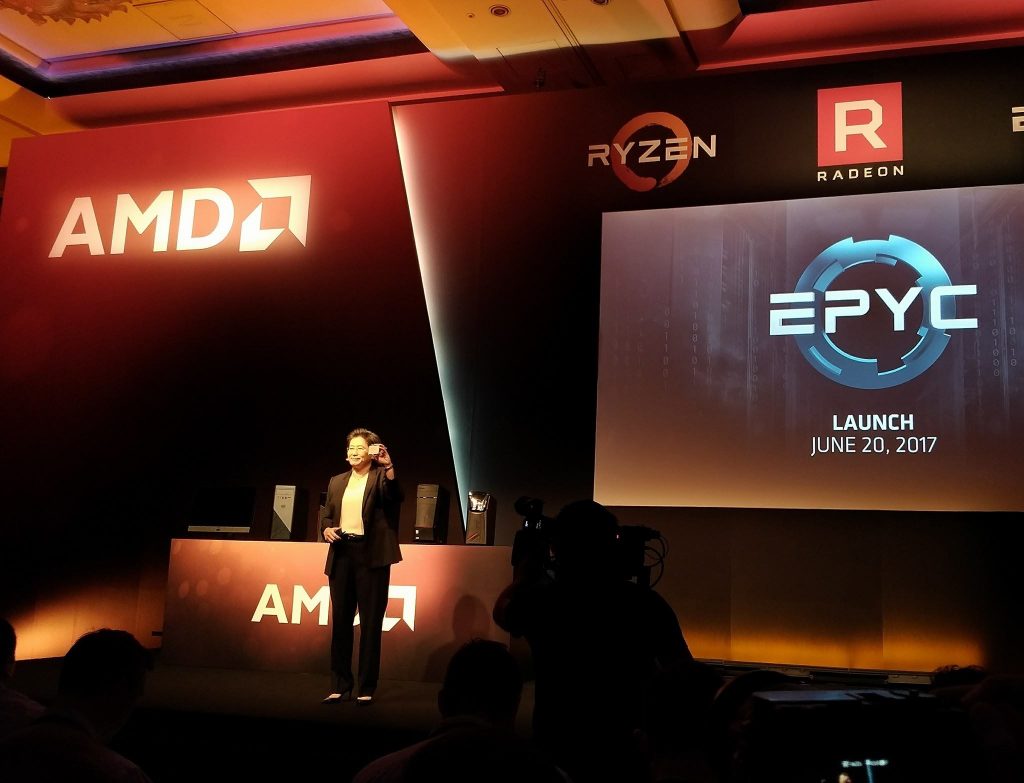 There you are – the AMD EPYC processor! 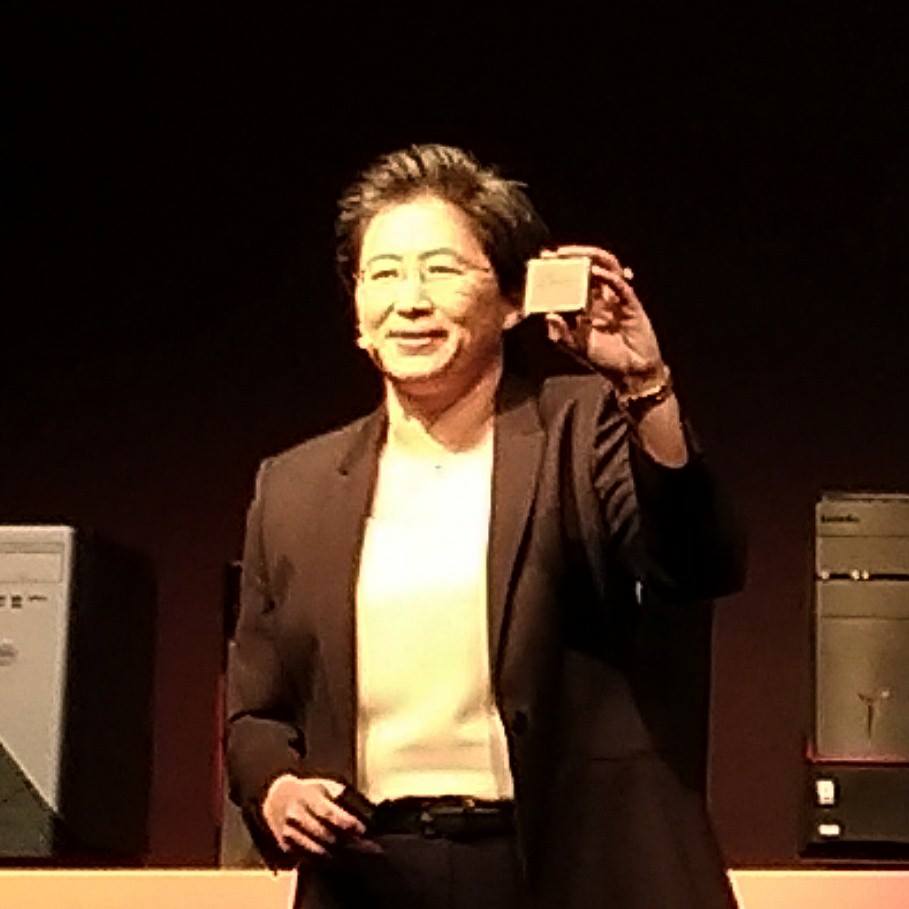 AMD also showed off the performance of the Vega-based Radeon Instinct against the NVIDIA Tesla P100. 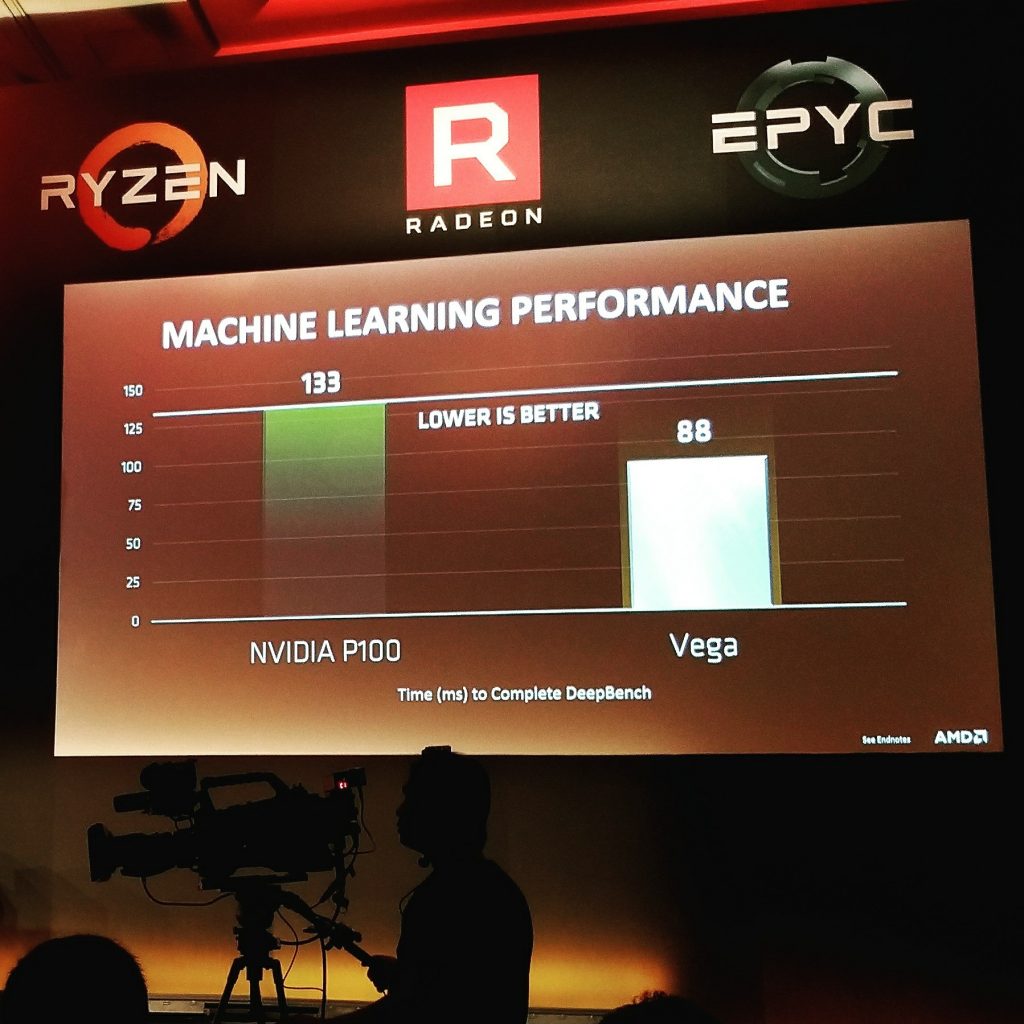 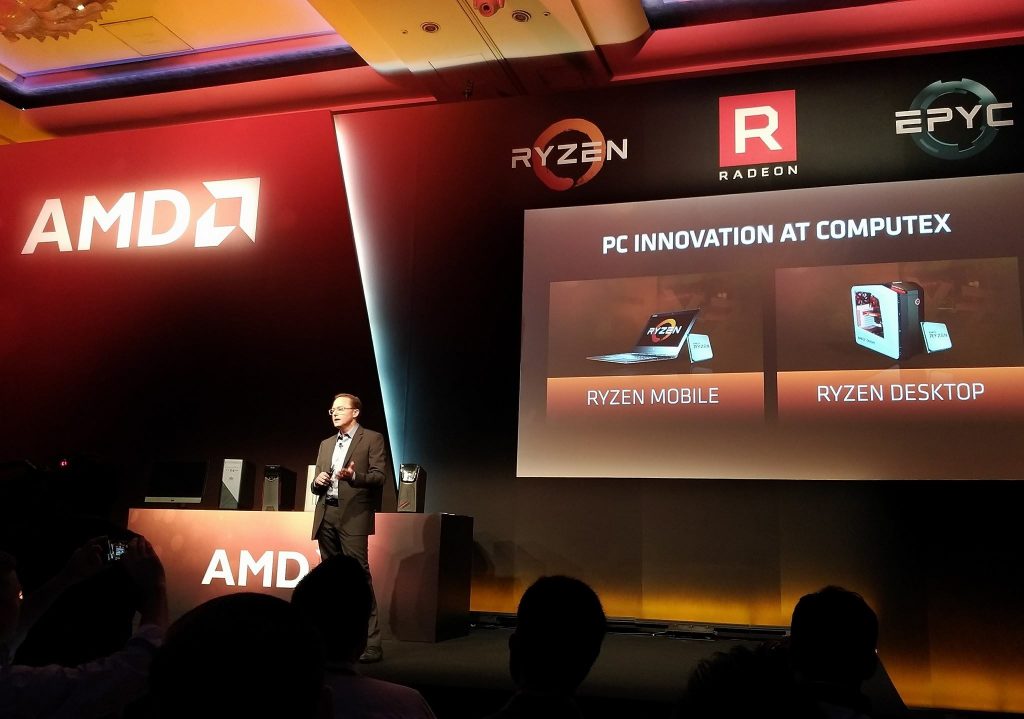 The AMD Ryzen Mobile processor will be the first Ryzen APU with an on-die AMD Vega GPU! 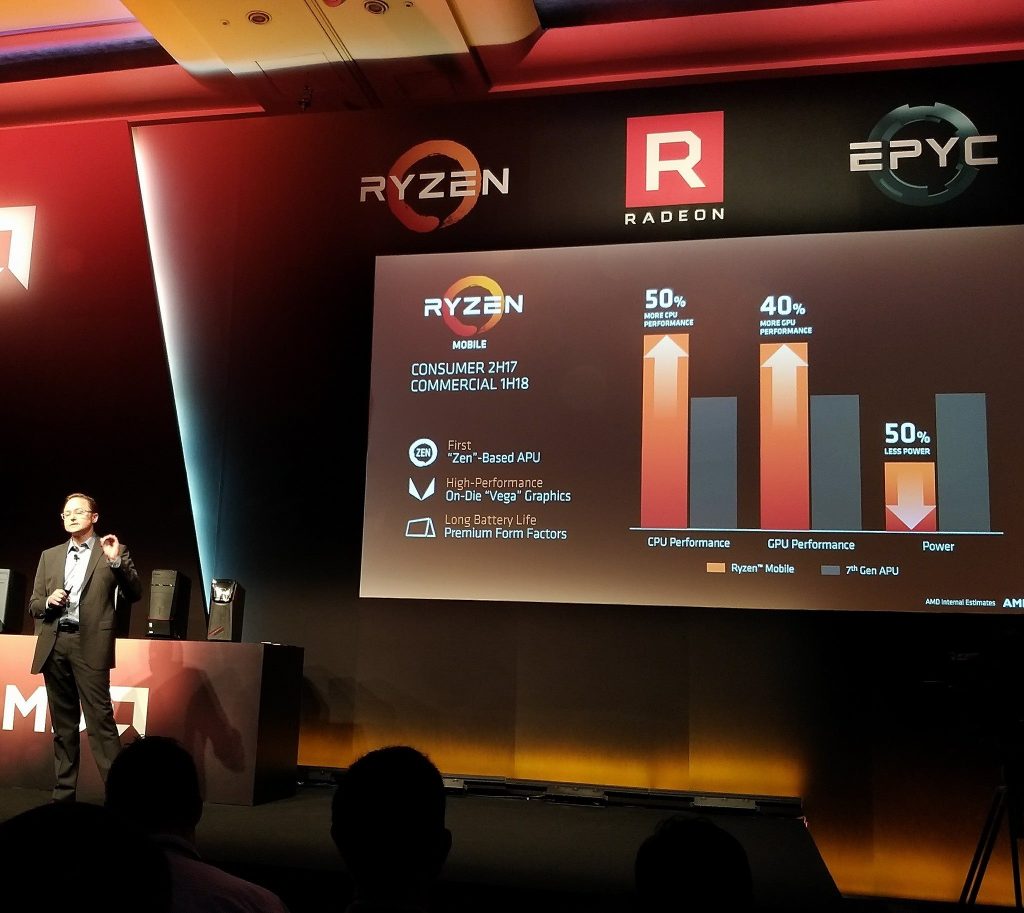 That small chip is the new AMD Ryzen Mobile processor! 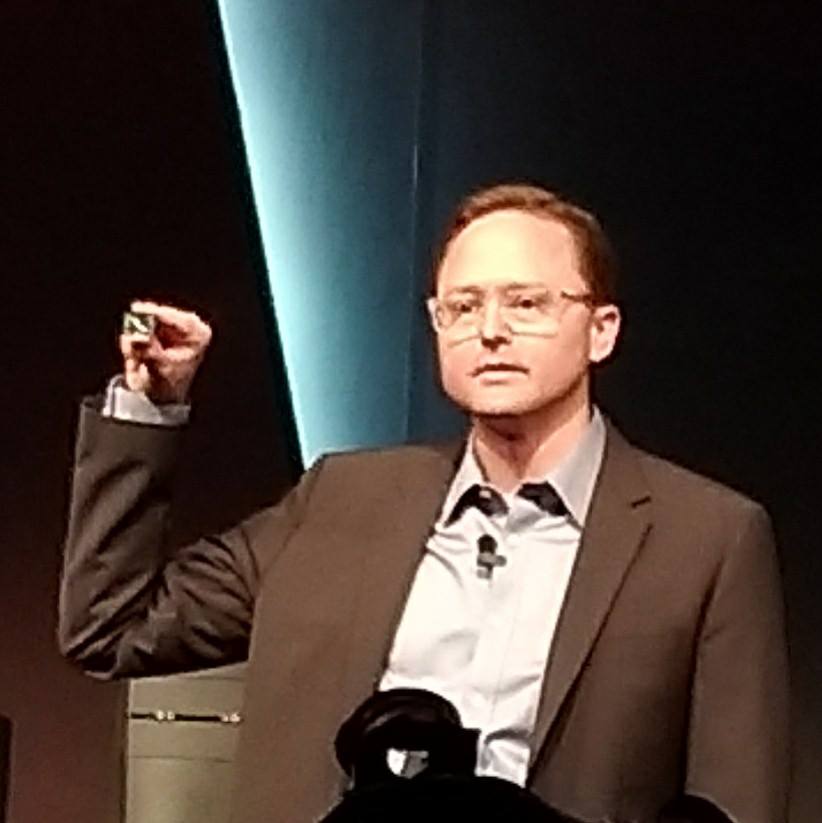 AMD also announced that all DESKTOP Ryzen CPUs are Oculus-approved. 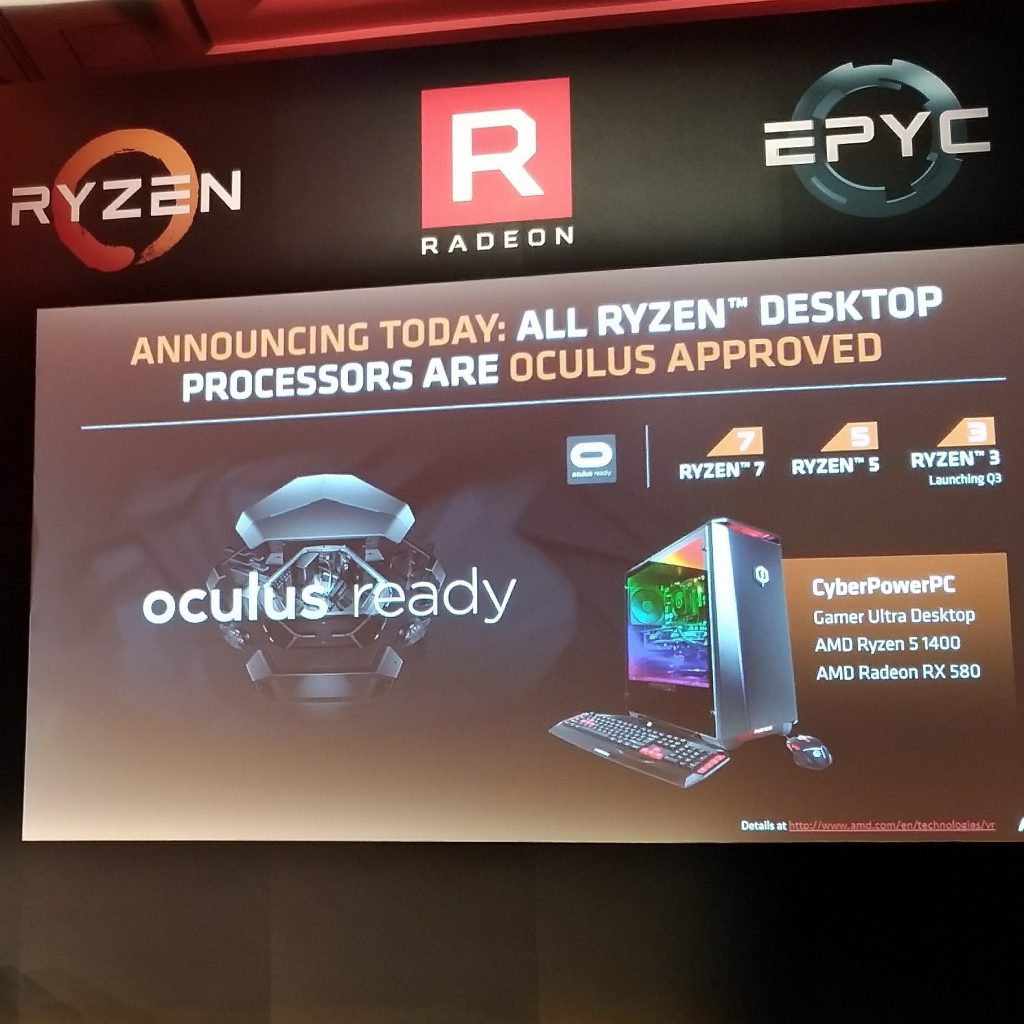 Announcing the AMD Threadripper. AMD has officially the coolest names for their CPUs in 2017! 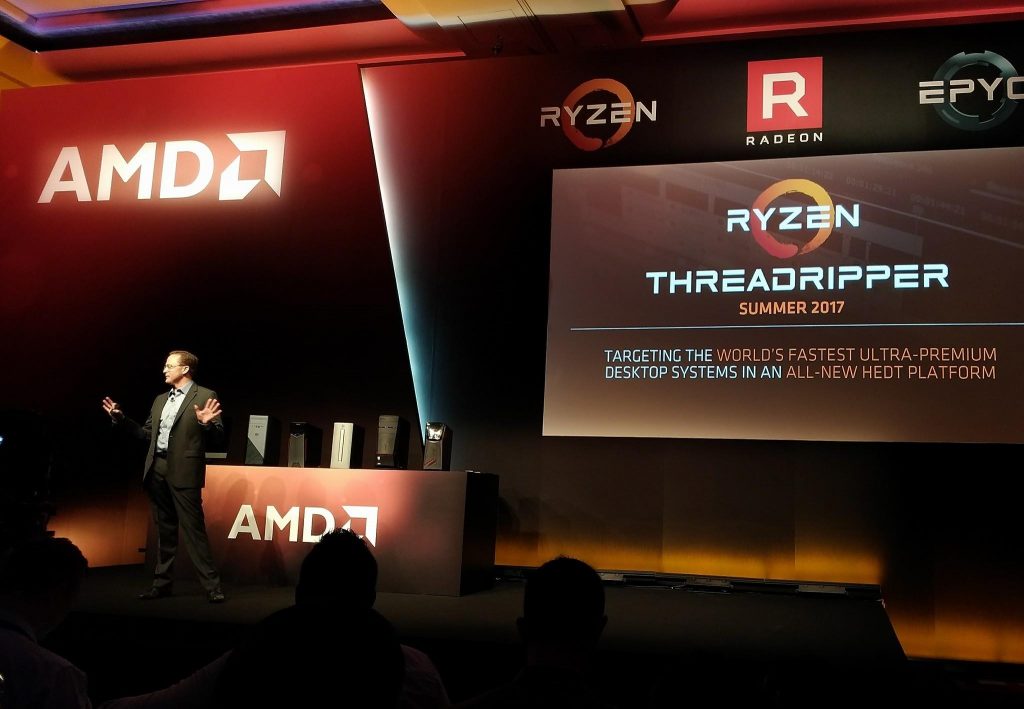 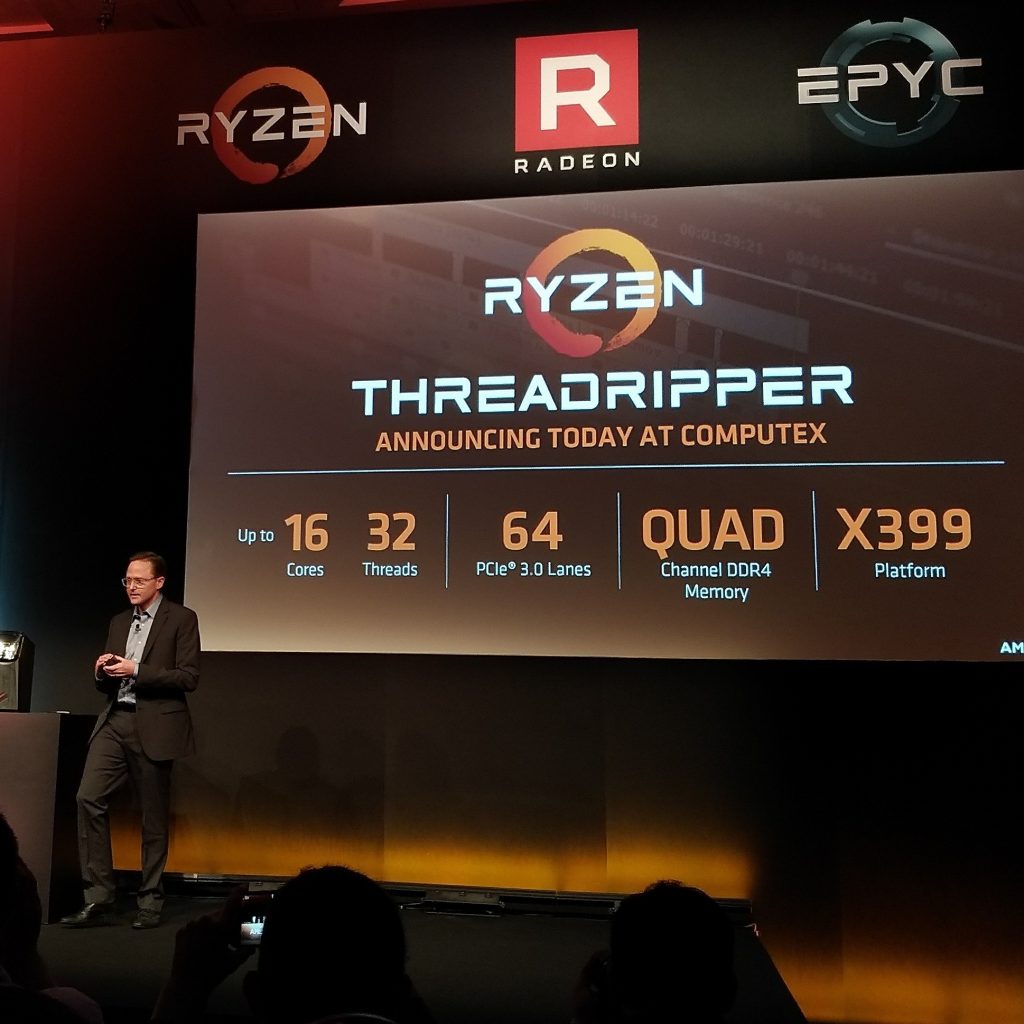 Ain’t she a beauty? The AMD Threadripper. 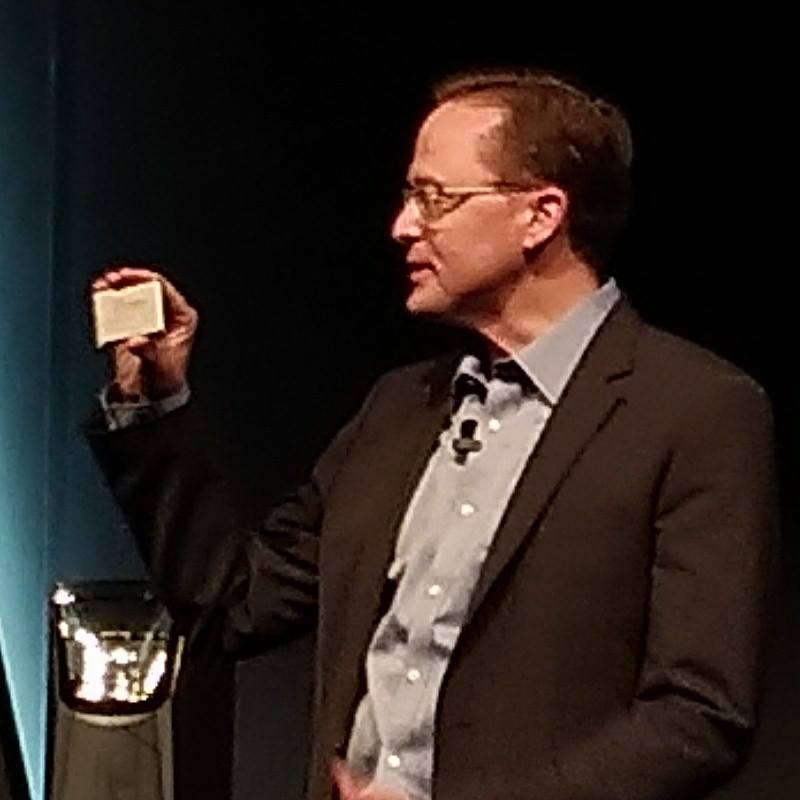 That’s as close as you’re going to get to a launch date for AMD Threadripper at this point. The AMD Radeon Vega Frontier Edition will launch on 27 June 2017.

That’s as close as you’re going to get to a launch date for AMD Threadripper at this point. 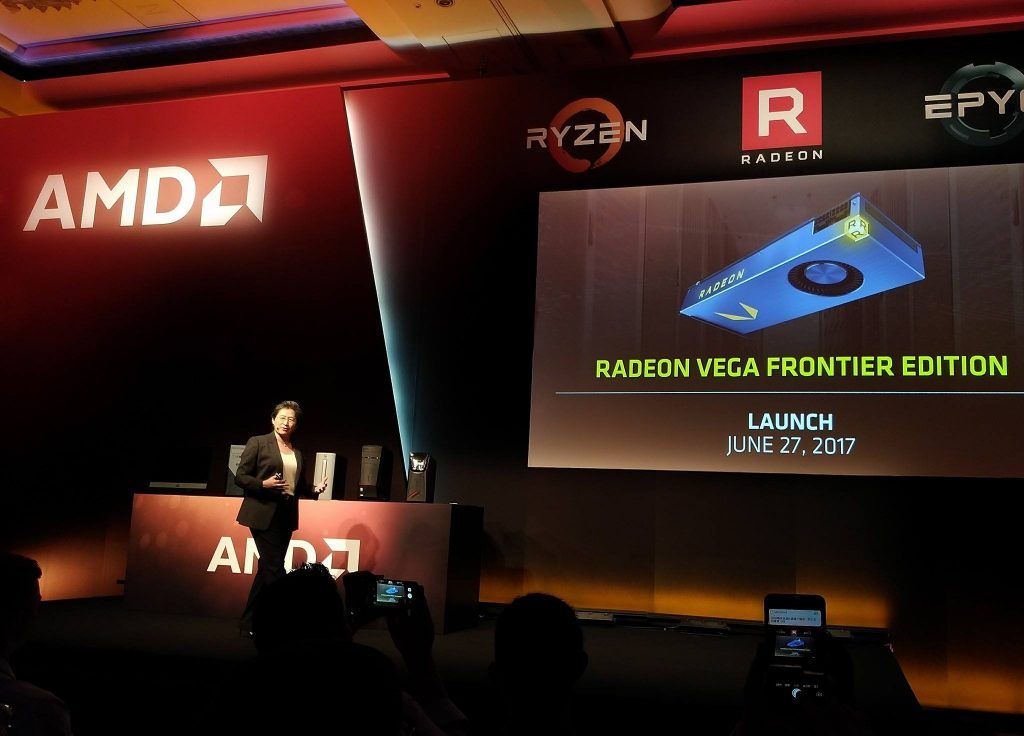 Gamers will have to wait for SIGGRAPH 2017 in July. That’s when AMD will launch Radeon RX Vega! 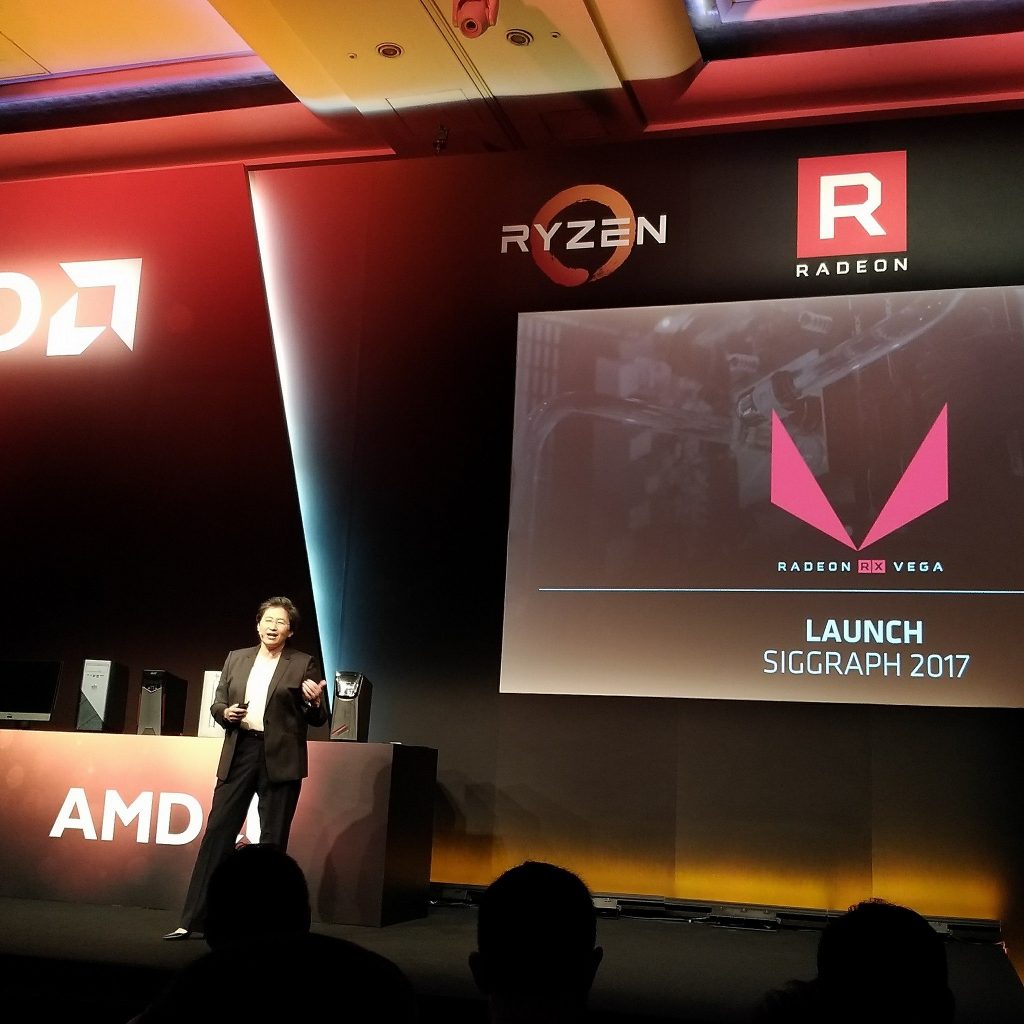 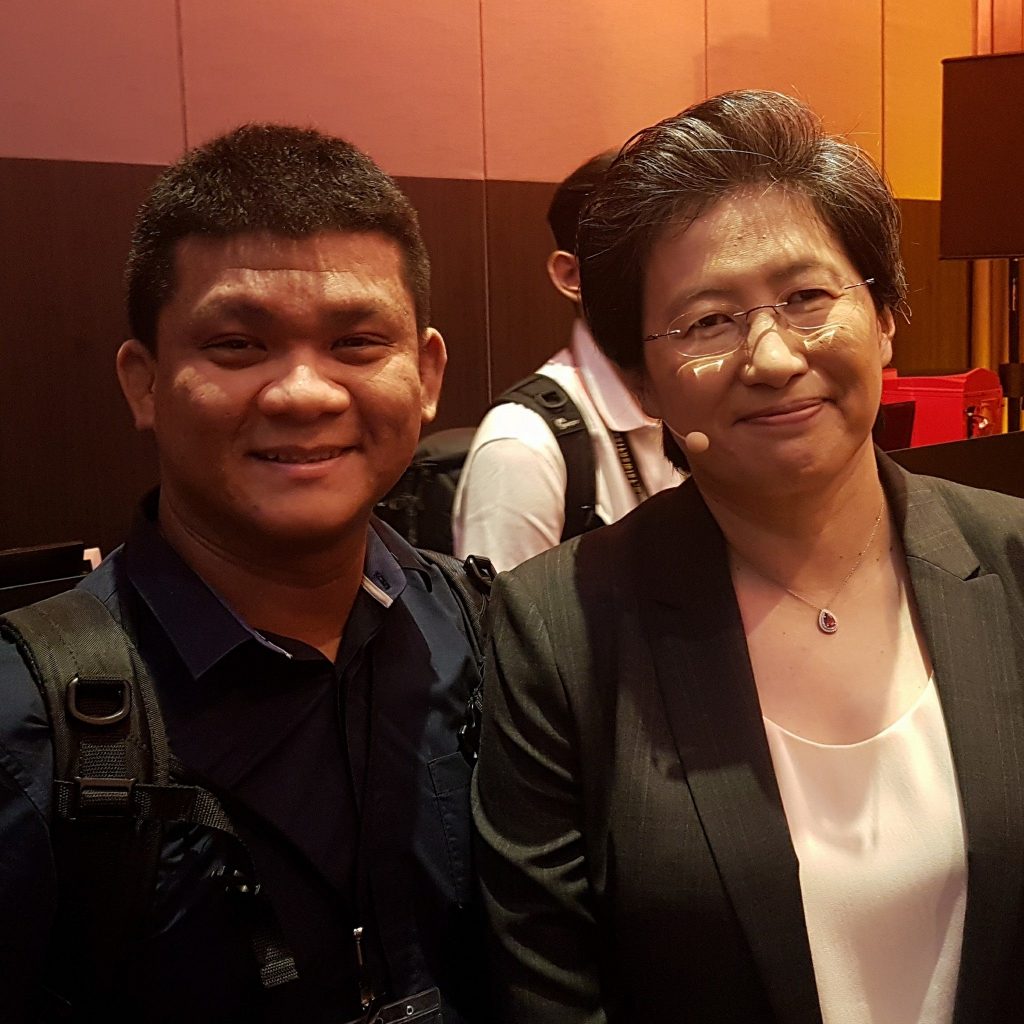 With Jim Anderson and the Ryzen Threadripper after the AMD Computex 2017 Press Conference. Catch our full coverage and the complete video of this keynote here!