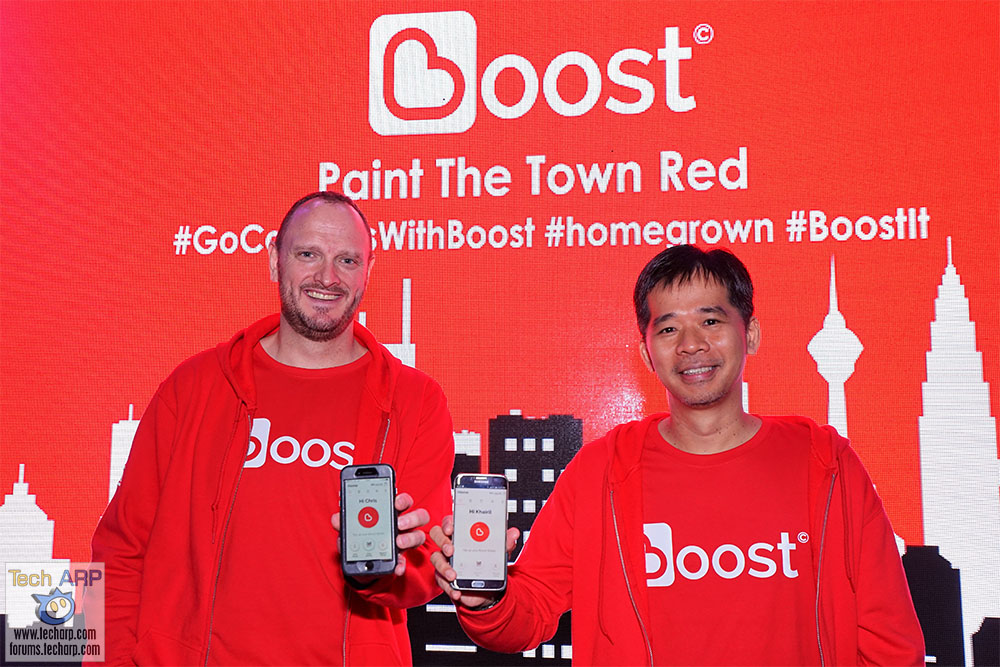 Boost was originally launched as a lifestyle app in January 2017, offering prepaid top-ups and digital vouchers. It has now been upgraded into a mobile wallet that allows its users to pay for goods and services using their smartphones.

Like other mobile wallet providers, the Boost team has worked hard at recruiting merchants to accept Boost payments. They currently boast online and offline in over 5,000 locations, with a surprising emphasis on pasar malam vendors, food trucks, and food courts, in addition to the usual suspects.

They’re also focusing on the social element of their users to drive market acceptance. They include functions designed to fit the modern lifestyle – Scan and Pay, and Split Bill, for example. The Boost team is also integrating “social games” into the app, to make it more than just a mobile wallet.

In conjunction with Chinese New Year, Boost will debut its “Paint The Town Red” campaign, where signature red QR codes can be spotted at all online and offline partner merchants nationwide, which users can scan using their mobile phones in their daily transactions.

Boost will introduce a number of new features that will have raining Ang Pows in the app made available from 30 January 2018 until 28 February 2018. All one has to do to receive Ang Pows is: