NVIDIA shaved $50 off the price of their GeForce RTX 2060 cards, just before AMD released their Radeon RX 5600 XT cards.

So now gamers have two great options at the sub-$300 price range.

For those who are wondering – which is the faster and better option – this comparison is for you! 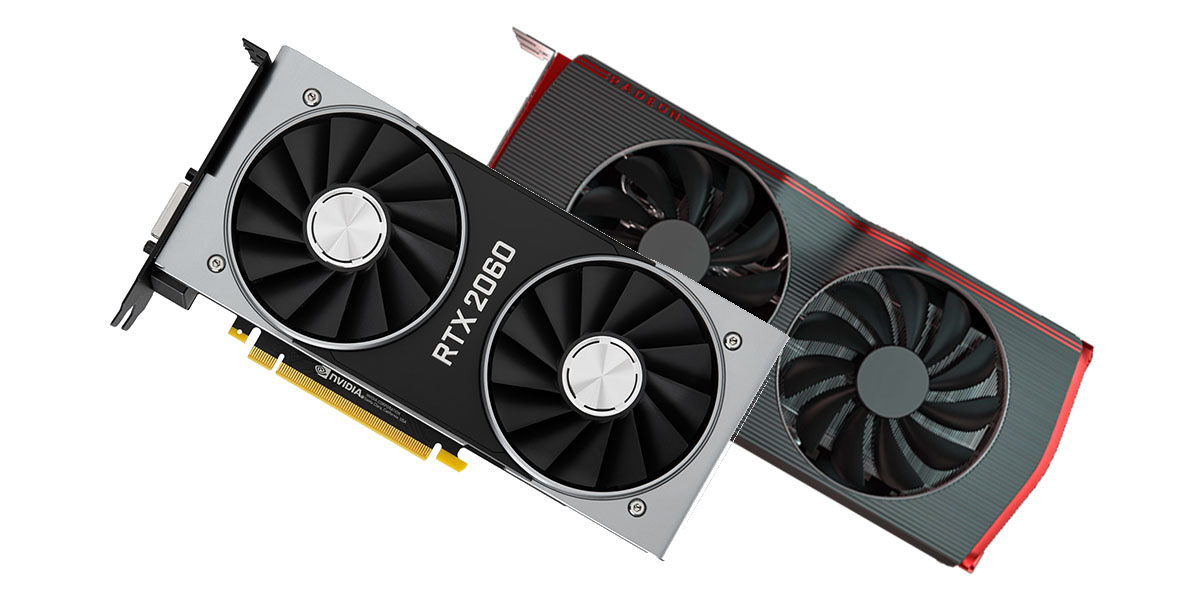 This table gives us a quick comparison of the two Radeon RX 5600 XT performance modes, versus the RTX 2060 and the newer RTX 2060 SUPER.

Based on specifications alone, the 160W Radeon RX 5600 XT offer the highest texture and pixel fill rates, but the RTX 2060 SUPER has more graphics memory and significantly higher memory bandwidth.

The GeForce RTX 2060, on the other hand, appears to be outclassed even by the 135W Radeon RX 5600 XT, except in memory bandwidth.

At the same TGP of 160W, the Radeon RX 5600 XT holds a significant advantage over the RTX 2060 in both texture fill rate and pixel fill rate.

Well, let’s see how they compare with each other!

This summary is for those who just want a quick overview. The detailed results are in the next pages.

The AMD Radeon RX 5600 XT was significantly faster than the RTX 2060 in practically every game we threw at it. In fact, it came real close to the performance of the RTX 2060 SUPER!

So it is obvious to everyone that, prices being equal, the AMD Radeon RX 5600 XT is definitely significantly superior than the NVIDIA GeForce RTX 2060.

Prices will change over time, so please click on the links to check for the latest prices.

Here are the specifications of the AMD testbed we used.

We recorded the peak exhaust temperatures of those cards, to see how much heat they throw out. Take a look…

Note that these are not the recorded temperatures, but how much hotter the exhaust air is above ambient temperature.

The Radeon RX 5600 XT runs much cooler than the two NVIDIA cards. It actually runs cooler with the 160W BIOS, probably because the fan runs faster, or more often.

The 135W BIOS, on the other hand, is tuned to run quieter. So the fan tends to stay off longer.

The Time Spy and Time Spy Extreme benchmarks support DirectX 12, and the latest features like asynchronous compute, and multi-threading support.

And here are their overall gaming scores at 4K…