We tested it on three resolutions using the Ultra settings : 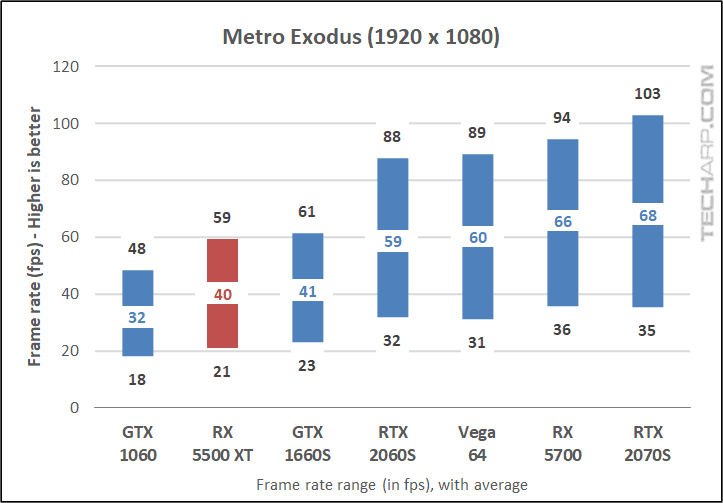 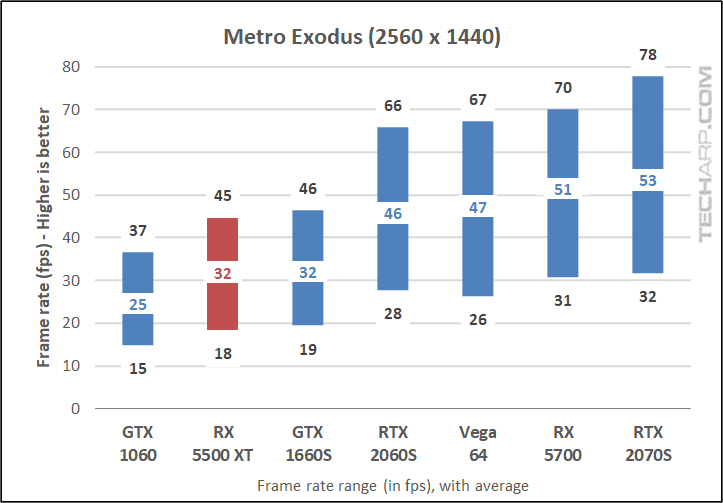 Ashes of the Singularity

Ashes of the Singularity is a 2016 game that supports multi-core processing and asynchronous compute.

We tested it on three resolutions using the DirectX 12 API at the Extreme settings : 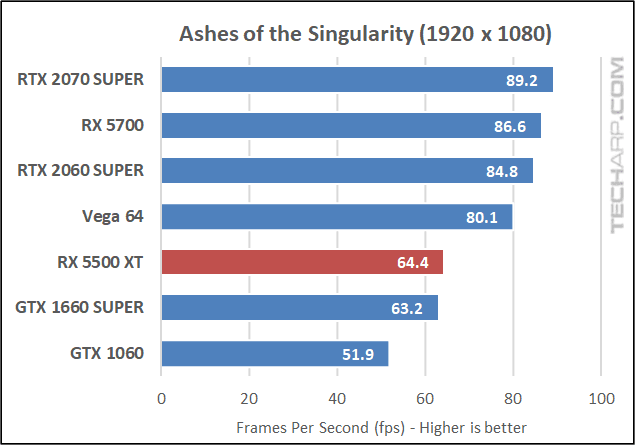 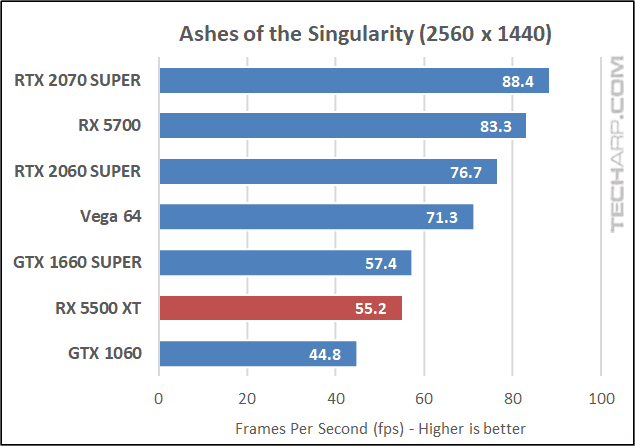 Aesthetically, it comes with a backplate and nothing else. Look elsewhere if you “need” RGB lighting.

However, if you are only interested in performance, especially quiet performance, then this might just be the RX 5500 XT card for you. 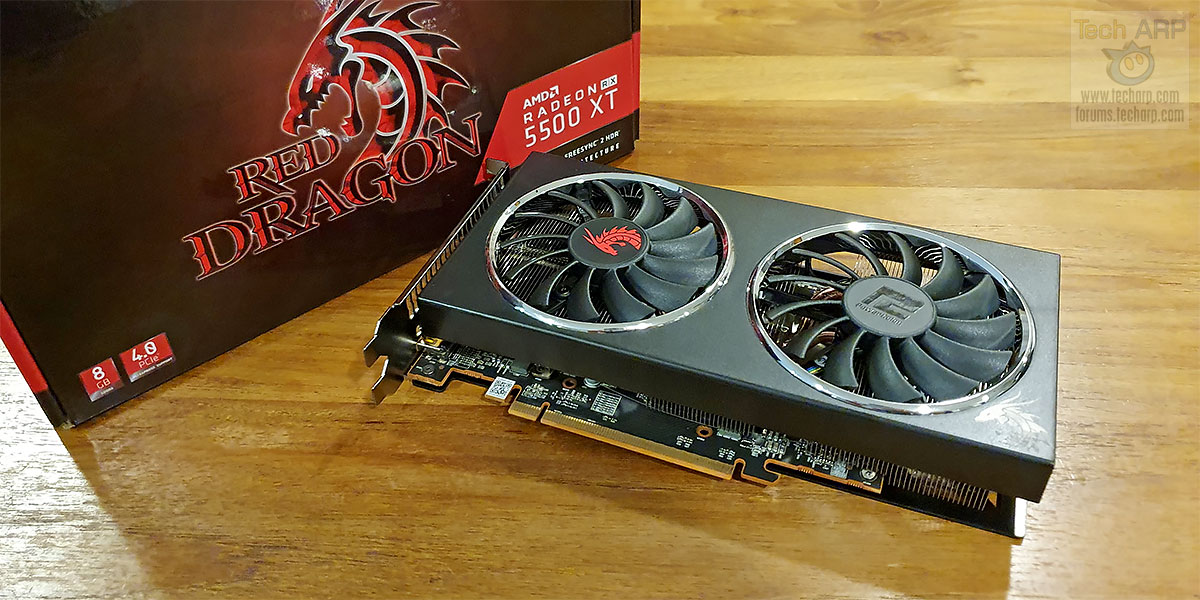 It comes with a large heat pipe cooler with dual fans that will not spin unless things get really toasty. The large dual-fan cooler also gives you more leeway for overclocking.

That said, we do not quite like the fact that the hot air isn’t exhausted out of the card, and instead recirculates within the case.

Its performance is surprisingly good at this price point. It readily delivers frame rates in excess of 60 fps at 1080p, even for AAA titles with high graphics settings.

The only exception is Metro Exodus, where it just hit 40 fps at 1080p using the Ultra settings. You will need to reduce its graphics settings to hit 60 fps.

You will also be glad to know that it will come bundled with a free game – Iceborne Master Edition, as well as a free 3-month Xbox Game Pass subscription!

But all-in-all, this is a decent package from AMD and PowerColor for anyone looking for a sub-$200 graphics card. It’s certainly not the fastest kid on the block, but it will get the job done for those on a budget!