Here are some close-up shots of the PowerColor Red Dragon Radeon RX 5500 XT.

This is a simple but performance-focused design, with the backplate being the only aesthetic frill. It’s notable that this card not only comes with 8 GB of GDDR6 memory, but also a beefy heat pipe cooler with dual fans. This card has a TDP of 130 watts, and requires an 8-pin PCI Express power cable.

There is one bad thing about the cooler though – it exhausts upwards and downwards, instead of out the back of the card. This means the hot exhaust gets recirculated within the case.

The PowerColor Red Dragon Radeon RX 5500 XT has three output options. From left to right, they are DVI, DisplayPort and HDMI. Incidentally, the vents above them are purely decorative.

The new RDNA architecture replaces the GCN (Graphics Core Next) architecture that powered the Vega 64 and Vega 56 cards.

A key advantage the AMD Navi GPU has over the previous AMD Vega GPU is the finer 7 nm process technology it uses.

This change, together with the RDNA microarchitecture, lets the AMD Navi deliver 60% more performance per watt than the AMD Vega. 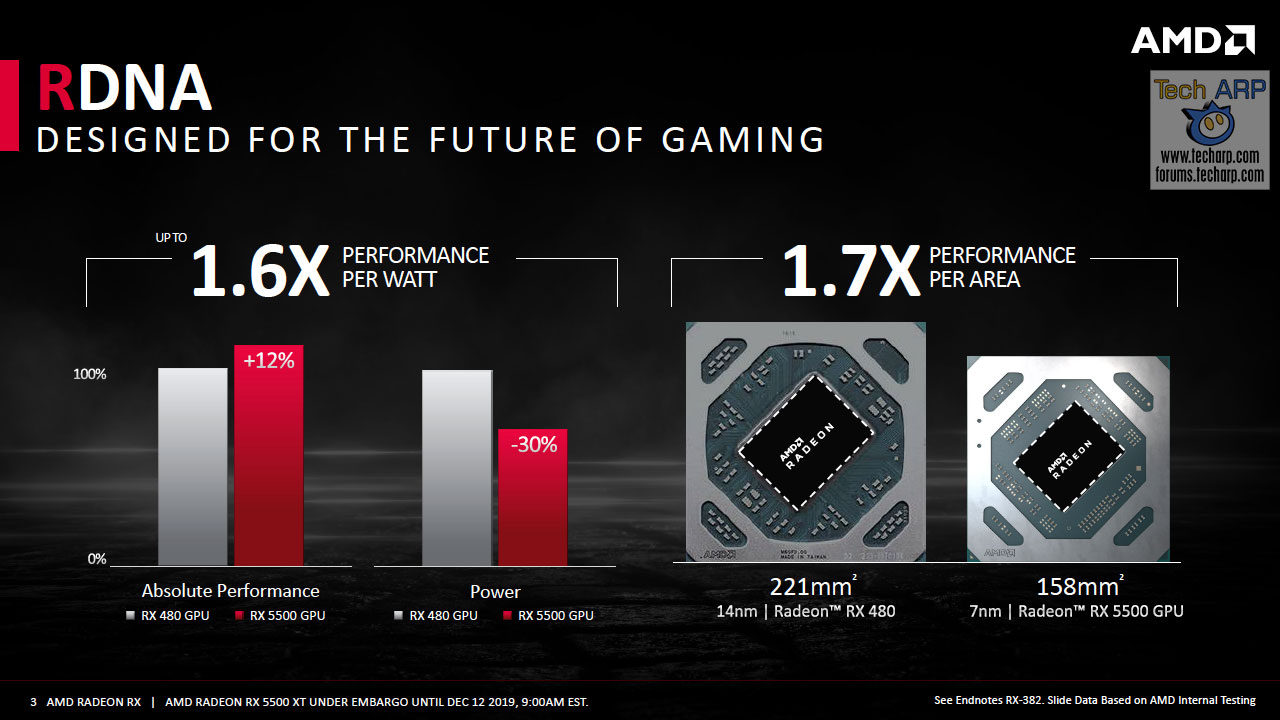 We recorded the peak exhaust temperatures of those cards, to see how much heat they throw out. Take a look… 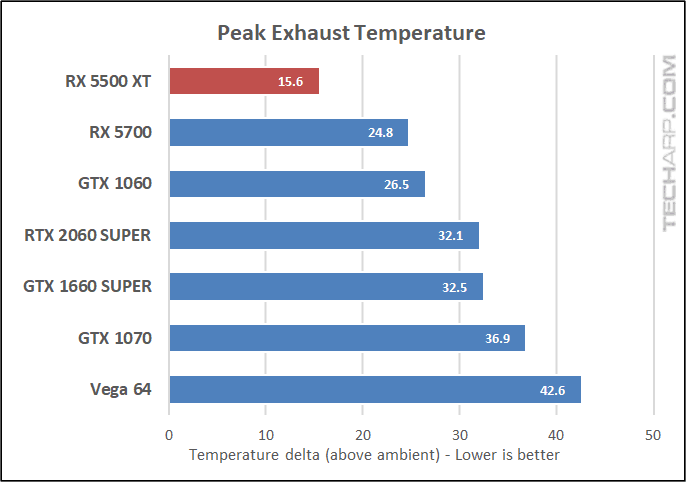 Note that these are not the recorded temperatures, but how much hotter the exhaust air is above ambient temperature.

Not surprisingly, with the lowest total card power of 130 watts, the PowerColor Radeon RX 5500 XT has the lowest exhaust temperature in this comparison, by far!