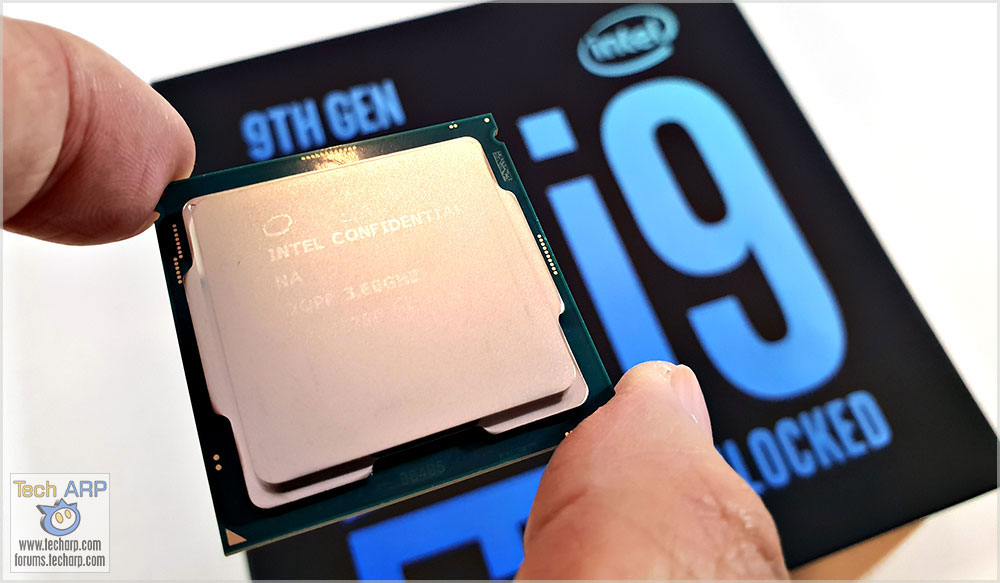 The 9th Generation Intel Core processors may be based on the same microarchitecture, but Intel repeats the same winning formula – add cores for more performance! All thanks to the Ryzen Effect! So here is basically what the 9th Gen offers over the 8th Gen :

The Intel Core i9-9900K (US | UK) comes in a rather retail box, which is rather surprising since it doesn’t come with a bundled cooler. So what’s inside the box? Let’s find out!