Thanks to the Trump ban, HUAWEI has been forced to shift gears, and will soon reveal a new laptop that runs Windows 10 on ARM processors, instead of Intel x86 processors!

Here is everything you need to know about the upcoming HUAWEI Windows 10 on ARM laptop, and what this would mean to you as a consumer!

The HUAWEI Trump ban just scored another kill – a new HUAWEI MateBook model that was supposed to be revealed at MWC Shanghai 2019.

HUAWEI has delayed that MateBook laptop launch indefinitely, because they can no longer source components from US companies like Intel, it would not be possible to ship the new MateBook laptop.

They also “paused production” of their PC business because of supply restrictions on US components.

The Next HUAWEI Laptop Will Run Windows 10 On ARM

The Global Times (which is part of the Chinese state media) revealed that HUAWEI will introduce a new laptop that will run Windows 10 on ARM. 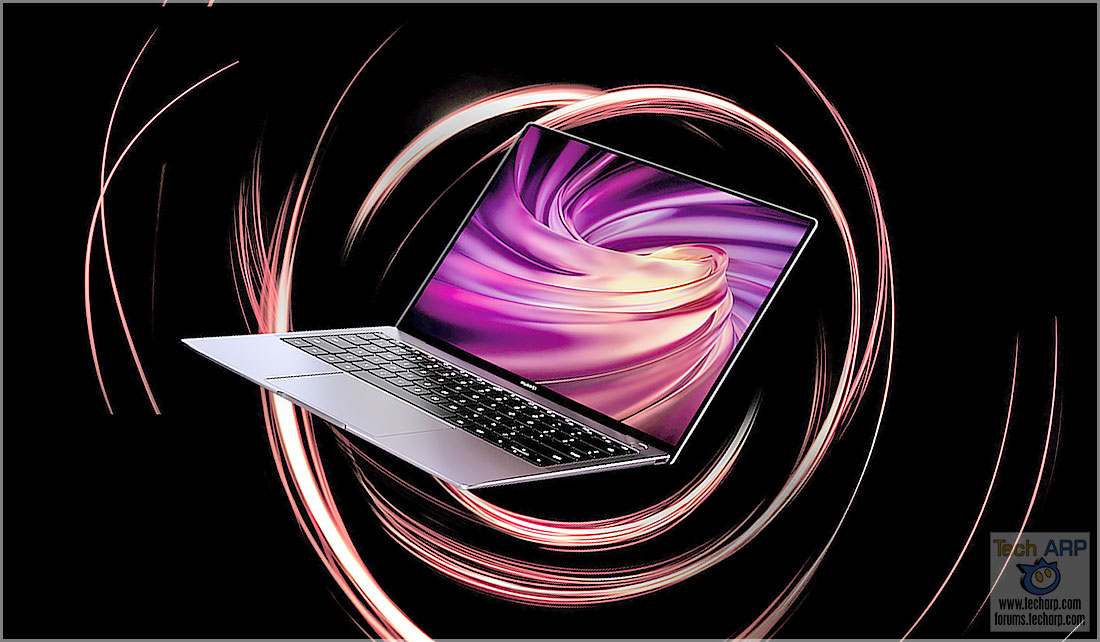 Running Windows 10 on ARM would allow HUAWEI to circumvent the complete lack of access to x86 processors from both Intel and AMD.

What Are The Specifications Of This HUAWEI Laptop?

There is very little information on this HUAWEI laptop, but we can make some educated guesses.

ARM suspended their business with HUAWEI due to the Trump ban, so this HUAWEI laptop would most likely use the current Kirin 980 or the upcoming Kirin 985 mobile SoC.

It will not come with a SD card reader, but an NM card slot instead.

When Will This HUAWEI Laptop Be Launched?

Global Times claims that HUAWEI will introduce this new laptop sometime in July 2019.

Yes, that’s just weeks away, although we have to point out that the Global Times is part of the Chinese state media, and their often bombastic claims have to be taken with a pinch of salt.

Windows 10 on ARM (WoA) is a Microsoft initiative to introduce the ability to run the Windows 10 operating system and apps on ARM-based systems.

Windows 10 on ARM is not new. It was first demonstrated at a Windows Hardware Engineering event in China, back in December 2016. And Microsoft later released this demo video :

From the 2018 Fall Creators Update onwards, the Pro and S editions of Windows 10 can run on systems powered by ARM64 processors.

Built-in Windows 10 apps like Edge, Cortana, the Start menu and Explorer were recompiled to run natively on ARM64 / ARM32.

Windows 10 on ARM will run ARM32 and ARM64 apps natively, and will run x86 apps under emulation.

Will The HUAWEI Windows 10 On ARM Laptop Succeed?

An analyst at the China Merchant Securities told Global Times that, “The new laptop’s system will run based on ARM architecture that supports Windows, which shows that the cut-off of some technologies has very little impact on Huawei.”

However, they are no match for Intel Core processors, or AMD’s mobile Ryzen processors. These mobile CPUs are not only much more powerful, they have faster graphics cores that run at higher speeds.

The key advantage of ARM-based processors is power-efficiency, not raw performance.

The HiSilicon Kirin 980 and Kirin 985 are designed for mobile devices. So even though they support quad memory channels, they can only support up to 8 GB of memory.

Laptops that run on x86 processors from Intel and AMD can support up to 64 GB of memory.

Shifting to Windows 10 on ARM is an obvious workaround for HUAWEI’s troubles, but it is not without its own set of problems.

In other words, it will have limited access to Windows 10 apps. Even though it can run 32-bit versions in emulation mode, they will be slower and be limited to the first 4 GB of memory.

Recommended : HUAWEI Legal Motion Too Late, But China Has A Trump Card!

If and when HUAWEI reveals their Windows 10 on ARM laptop, it will probably be a low-cost ultra-light laptop.

They will tout its long battery life and LTE connectivity, instead of its ability to run like an actual Windows 10 laptop.

Ultimately, this will be a new product segment, and an interesting one. But it will not be a true replacement for HUAWEI MateBook laptops.

Go Back To > Computer | Business | Home