Codename Vermeer, Zen 3 is the next evolution of the AMD Zen architecture.

While it obviously borrowed considerably from the existing Zen 2 architecture, AMD says it is a ground-up redesign that with major performance and functionality improvements in every area of the core.

These architectural changes allow Zen 3-based processors, like the Ryzen 5000 series, to deliver a 19% improvement in instructions per clock (IPC). 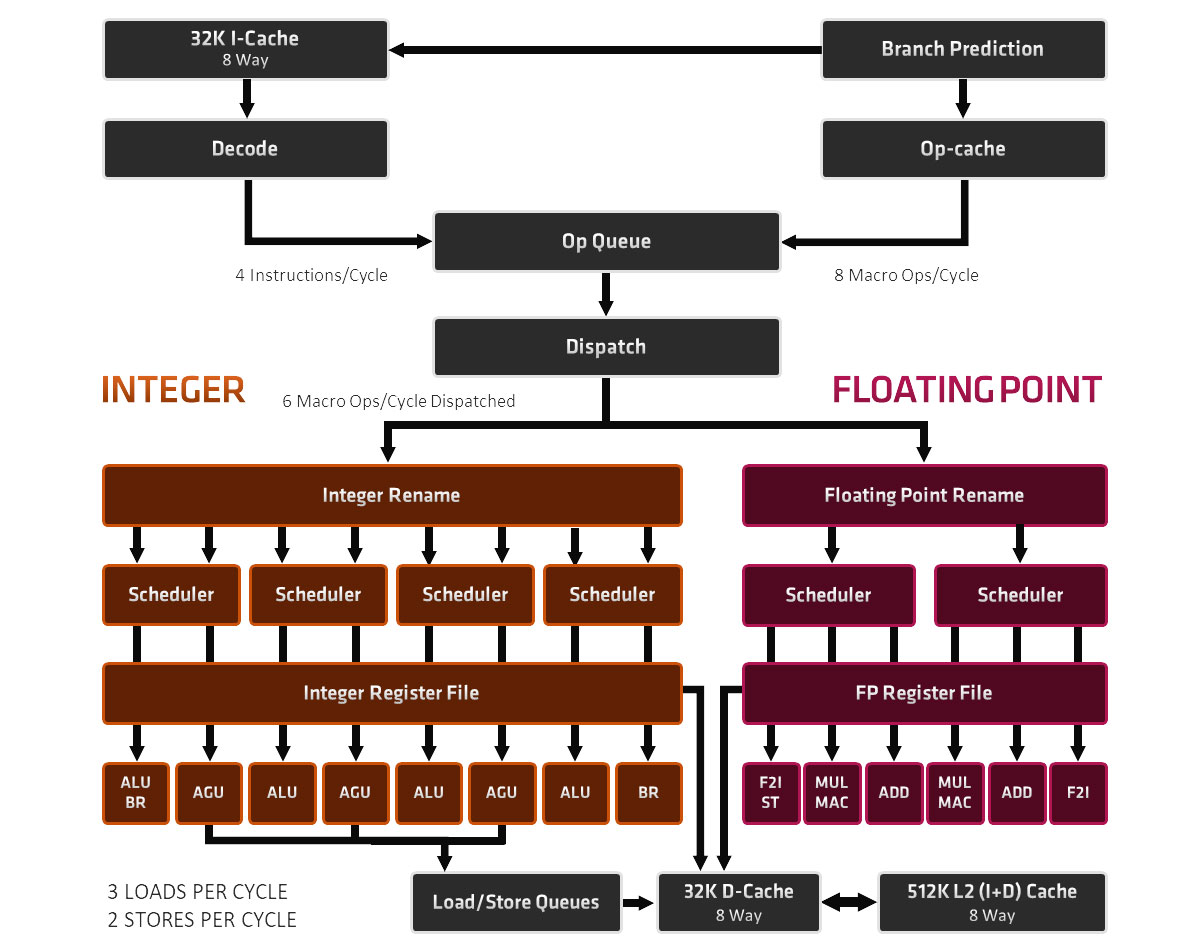 Zen 3 uses a unified complex, in which each CCD now contains a single CCX with a unified 32 MB L3 cache.

On the other hand, AMD reused the chiplet design, with one or two CCDs (fabricated on 7 nm) paired with a 12 nm IOD (I/O Die).

Reads from CCD to IO are still 2X write, to conserve die area and transistor budget. And it uses the same IOD from Matisse (Zen 2).

They will both be manufactured using the same 7 nm TSMC process for CCD, and 12 nm Global Foundries process for IOD.

Precision Boost 2 in Zen 3 remains the same as that of Zen 2, just with higher frequencies to “play with”.

It is an opportunistic boost algorithm that drives the loaded cores to the highest possible frequency, until it hits any one of these limits :

Precision Boost 2 will dynamically analyse and boost or dither the core clock speeds every 1 ms using the Infinity Fabric command and control functions.

Despite the changes in the microarchitecture and SoC design, Zen 3 processors will continue to be engineered with the same voltage range as Zen- and Zen 2-based processors.

The typical voltage range will vary according to usage, but basically, Zen 3 processors, like the Ryzen 5000 series, will support 0.2 V to 1.5 V.

Note : The temperature range below assumes an enclosed chassis, and an air-conditioned room.

Only the Zen 3 core chiplet die (CCD) is new in the Ryzen 5000 series processors. They continue to use the same IO die (IOD) as the 3rd Gen Ryzen processors.

For optimal performance, they are synchronous – in a 1:1:1 ratio. But users can choose a 1:1:2 ratio if they have trouble overclocking memory.