Let’s take a look at some benchmark results that AMD shared with us. 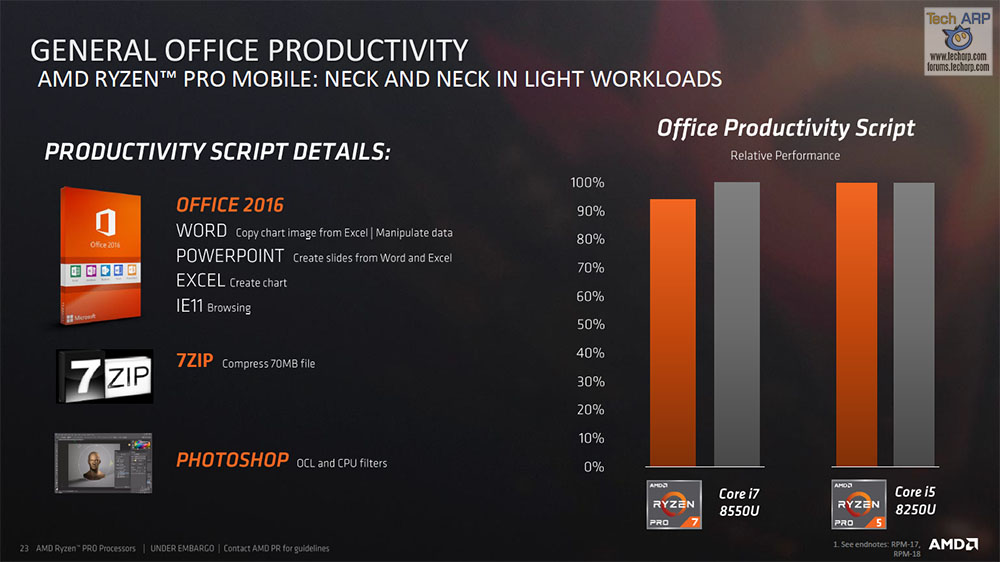 Thanks to the integrated Vega Graphics, the AMD Ryzen PRO Mobile APUs shine in professional applications. They are slightly faster in Photoshop, but offer significantly better performance in 3D CAD applications.

Despite being a mobile processor, the Ryzen PRO Mobile offers desktop-class performance at a fraction of the power. AMD shared some benchmarks to show you how the new AMD Ryzen PRO Mobile APUs fare against their Intel 8th Gen Core counterparts. 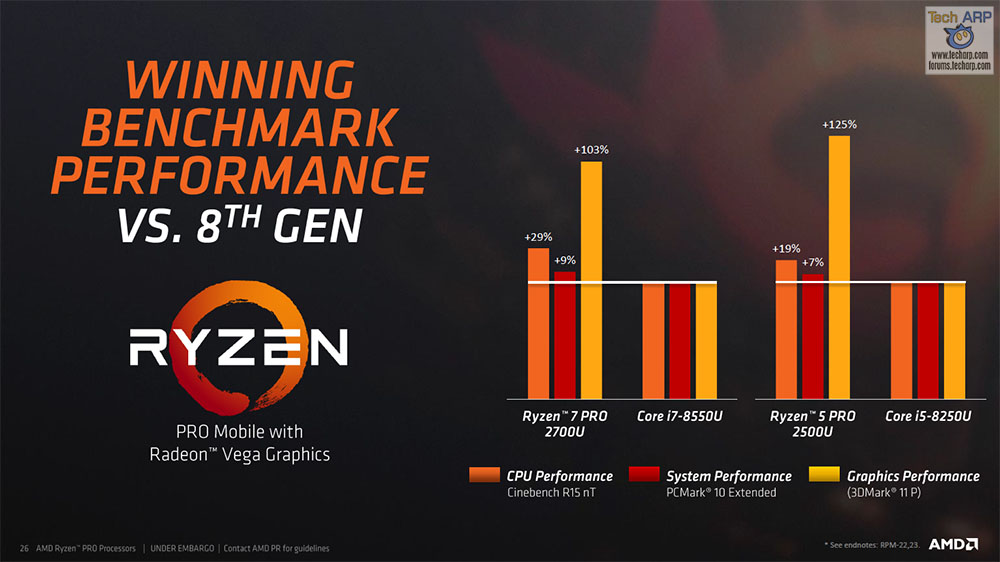 Even though the AMD Ryzen PRO Mobile APUs are “technically” used only for work <wink wink>, the integrated Vega Graphics allow them to double as esports gaming systems! In fact, AMD shares that the AMD Ryzen 7 PRO 2700U is as fast as the Intel Core i7-8550U paired with the NVIDIA GeForce 950M GPU. Now, the integrated Vega Graphics is not meant to be a true gaming GPU, but it is powerful enough to deliver playable frame rates for these games at 1080p resolution. 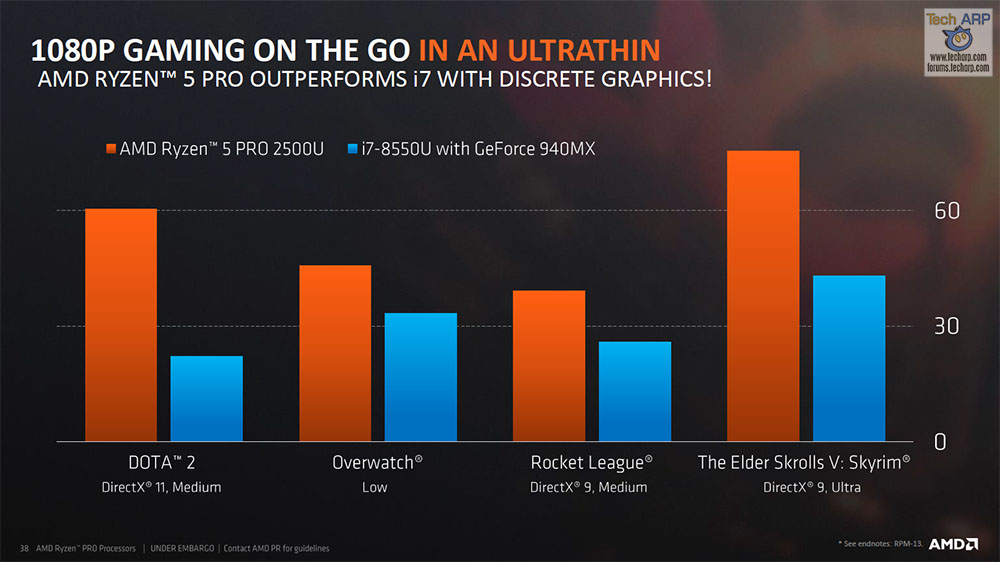