Even though the Ryzen PRO APU uses the same silicon as its consumer-grade siblings, it has AMD GuardMI Technology enabled. 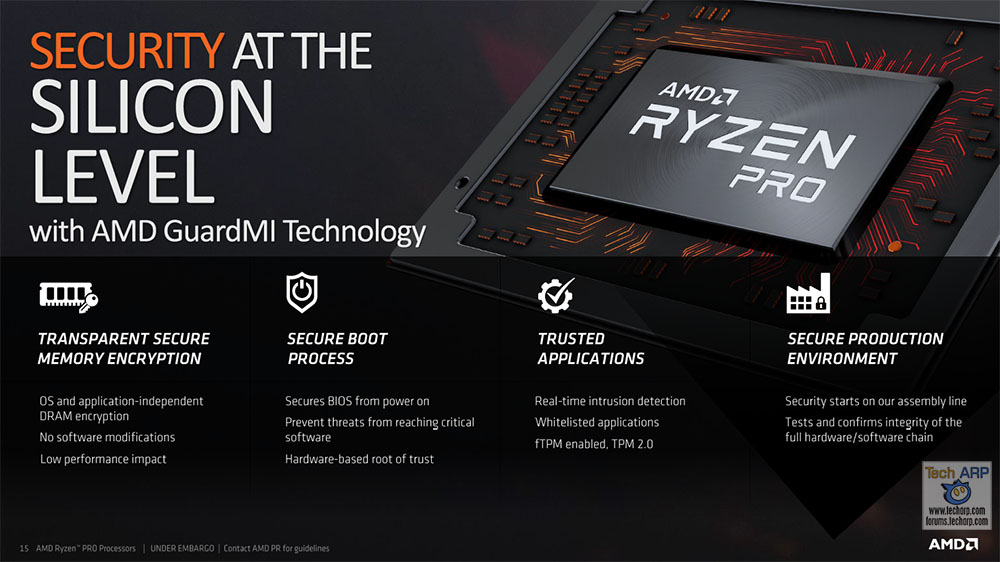 GuardMI is built into the silicon, which offers OS-agnostic security through :

The AMD Ryzen PRO APU will come with enterprise-grade reliability features like : 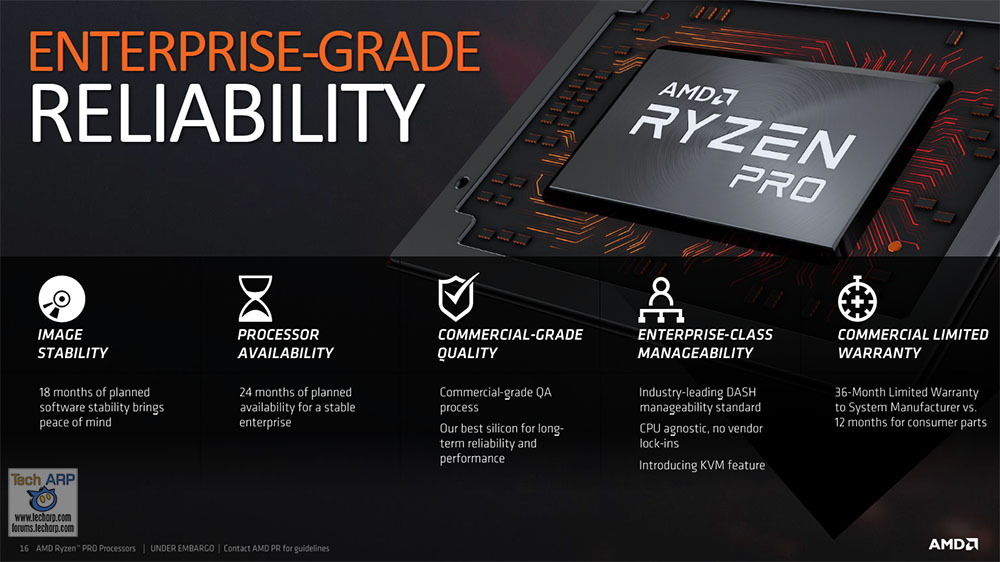 Unlike the Summit Ridge-based Ryzen CPUs, the AMD Raven Ridge processors use a single CCX configuration. This is a cost-saving measure with a much smaller die size, that also yield some performance benefits – reduced cache and memory latencies. 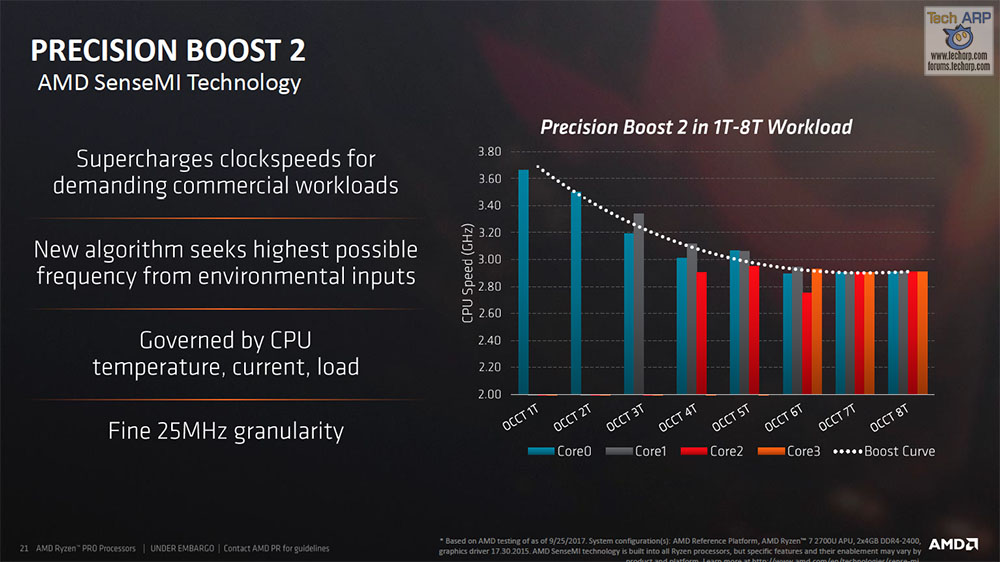 According to AMD, this will allow the AMD Ryzen PRO APU to perform better with apps that spawn many lightweight threads, as opposed to apps with persistent loads (e.g. video editing and 3D rendering).

Mobile XFR (eXtended Frequency Range) is the automatic overclocking feature that boosts the processor voltage and clock speed beyond the Precision Boost clock speed. It leverages the temperature awareness of Precision Boost 2 to determine how much faster it can overclock. 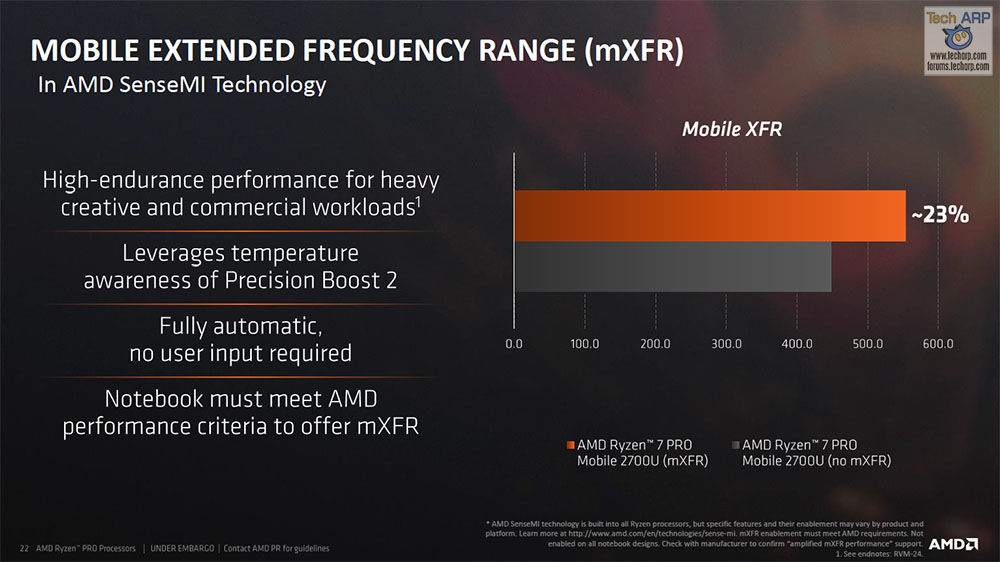 Like the desktop XFR feature, it is highly dependent on the processor temperature, so a good cooling solution is necessary. Notebooks must have coolers that meet AMD’s performance criteria if they want to offer mXFR. 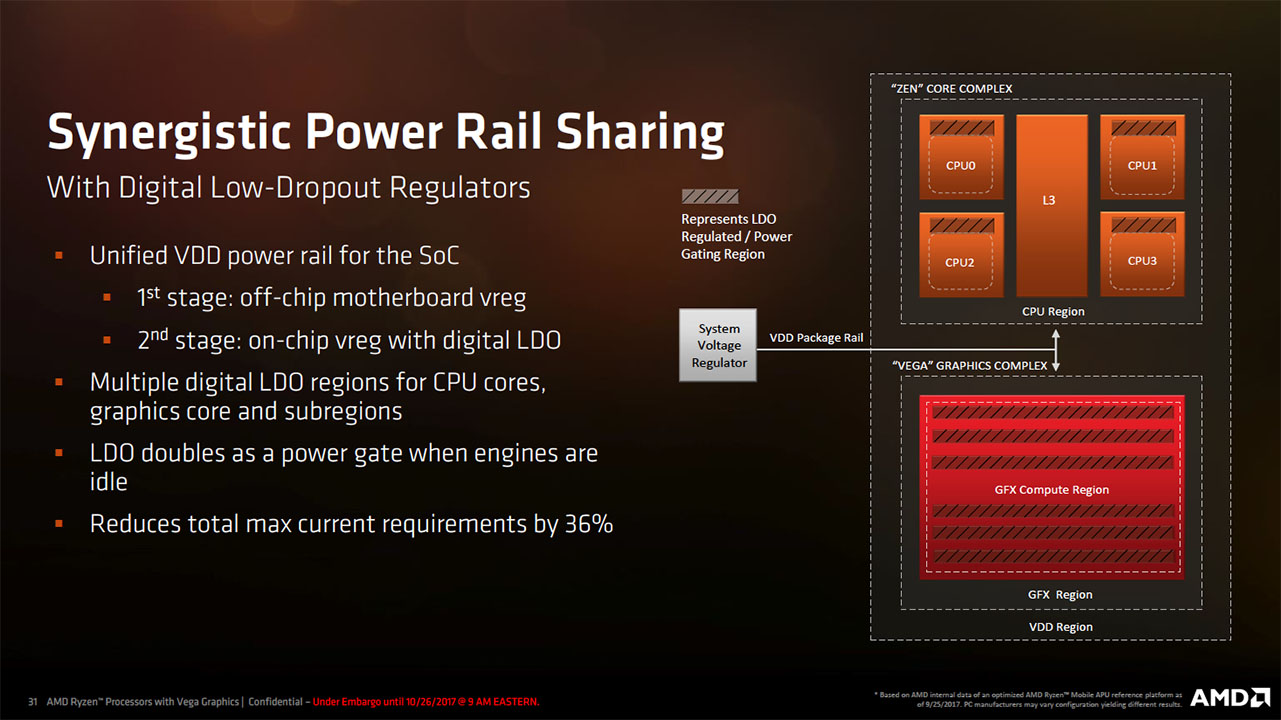 They also have multiple digital LDO regions for the CPU cores, graphics core and subregions. This allows those regions to be completely turned off when they are idle, greatly saving power. 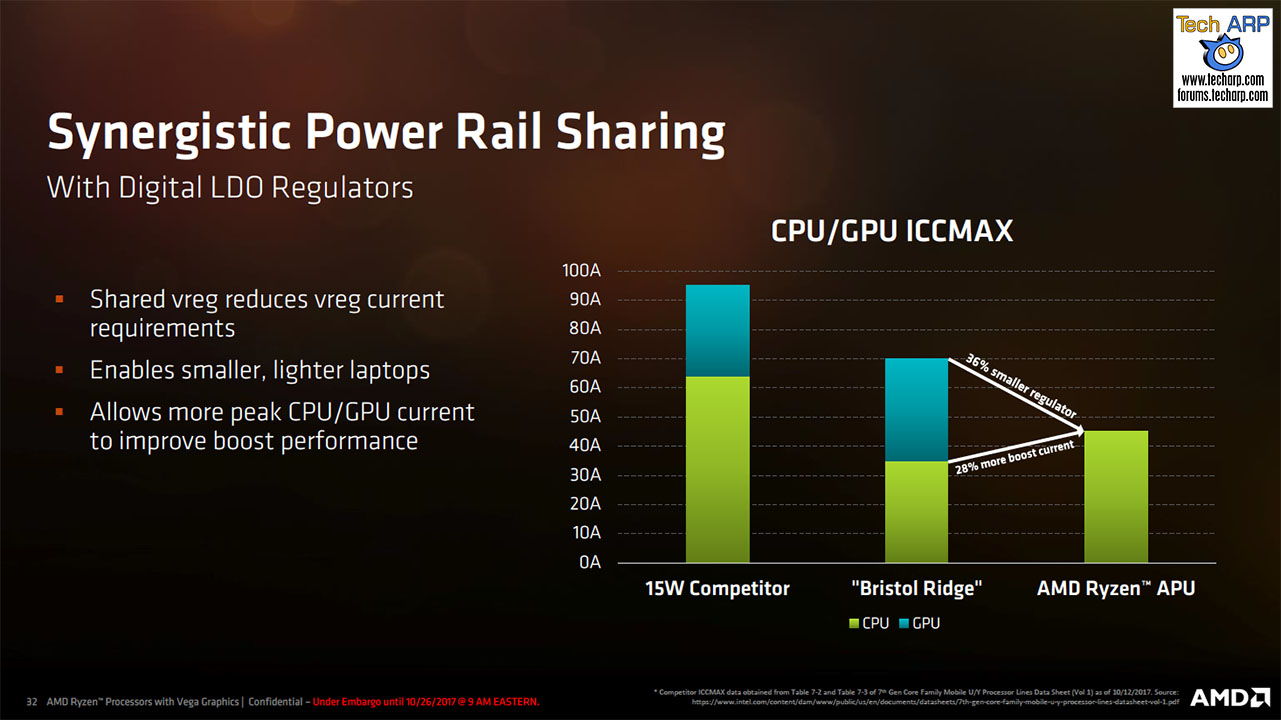 The shared voltage regulators not only reduce the total current draw, it allows the Ryzen PRO mobile APU to gain a higher peak CPU and GPU current to boost performance.