Based on the 2013 movie, World War Z is a relatively recent third-person shooter game, released in April 2019.

We tested it on three resolutions using the Vulkan API at the High settings : 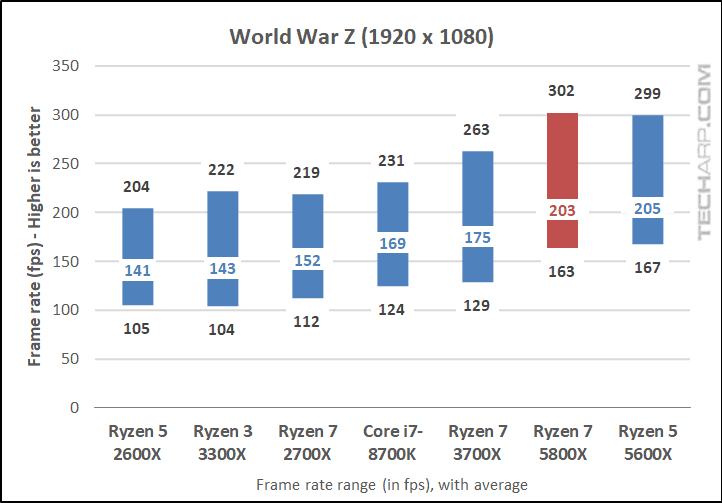 When we bumped the resolution up to 1440p, it really didn’t matter that much which processor we used. They all performed about the same. 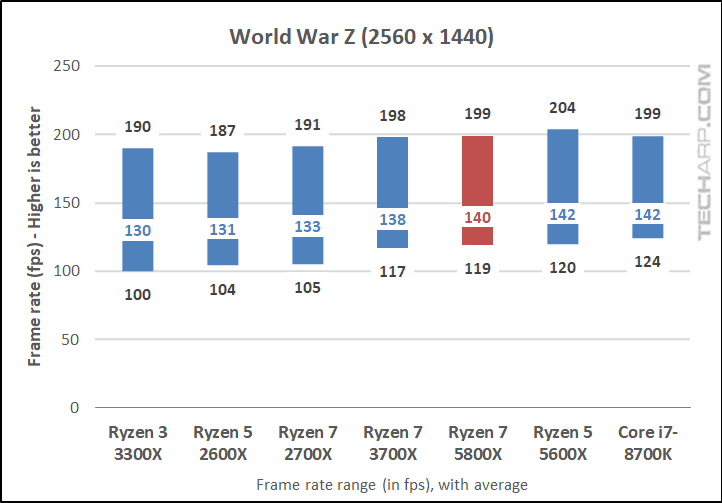 At 4K resolution, processor performance had absolutely no effect. The game was completely graphics-limited. 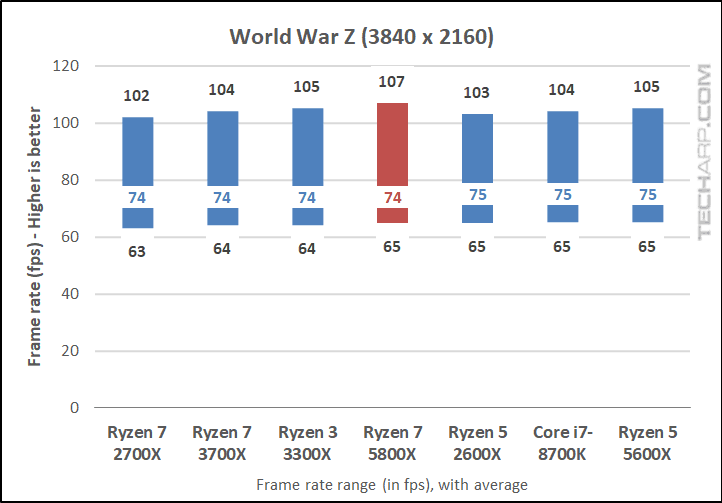 Strange Brigade is a third-person shooter game, released in August 2018. We tested it in three resolutions using the Vulkan API at the Ultra High settings :

CPU performance had only a small effect on frame rates in Strange Brigade, even at 1080p. 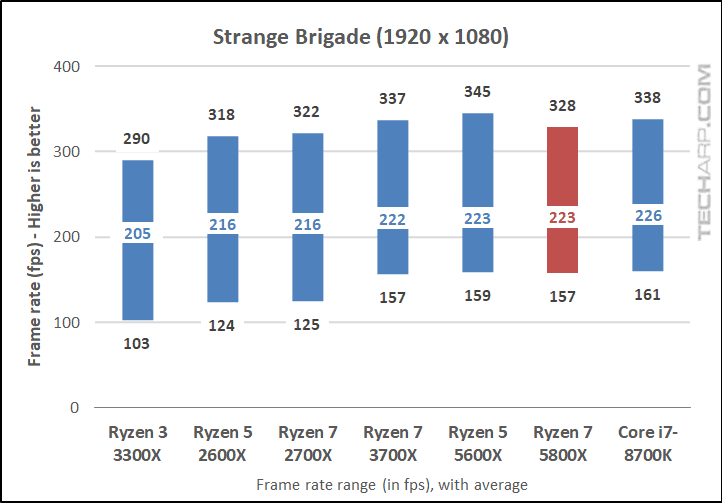 At 1440p, they were virtually all equal in performance. The game was already graphics-limited. 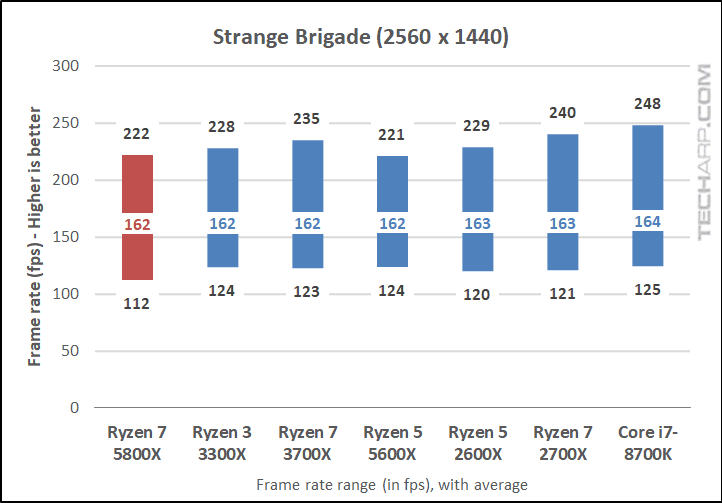 It was the same at 4K, of course – the game was completely graphics-limited. 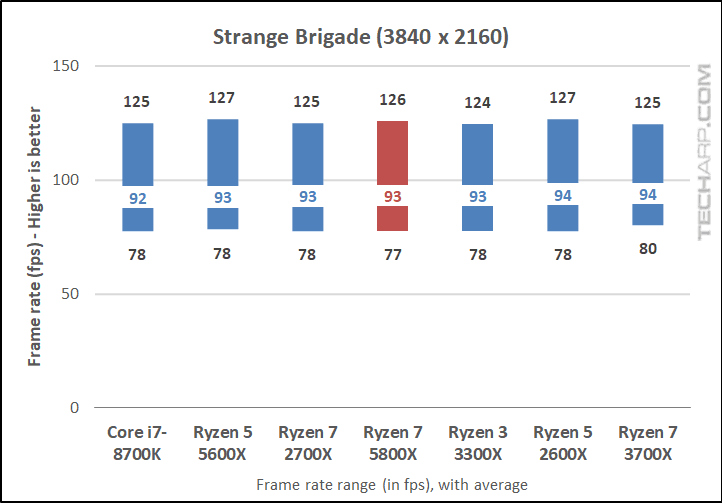